Looking for fun things to do this Memorial Day weekend? Check out our roundup!🇺🇸

We love a three-day weekend, and, of course, Memorial Day is the official kick-off the summer season! In addition to grilling and poolside relaxation, here's a roundup of fun things to do and historic places to visit with your family this Memorial Day Monday:

BEST Things To Do with Family This Memorial Day Weekend 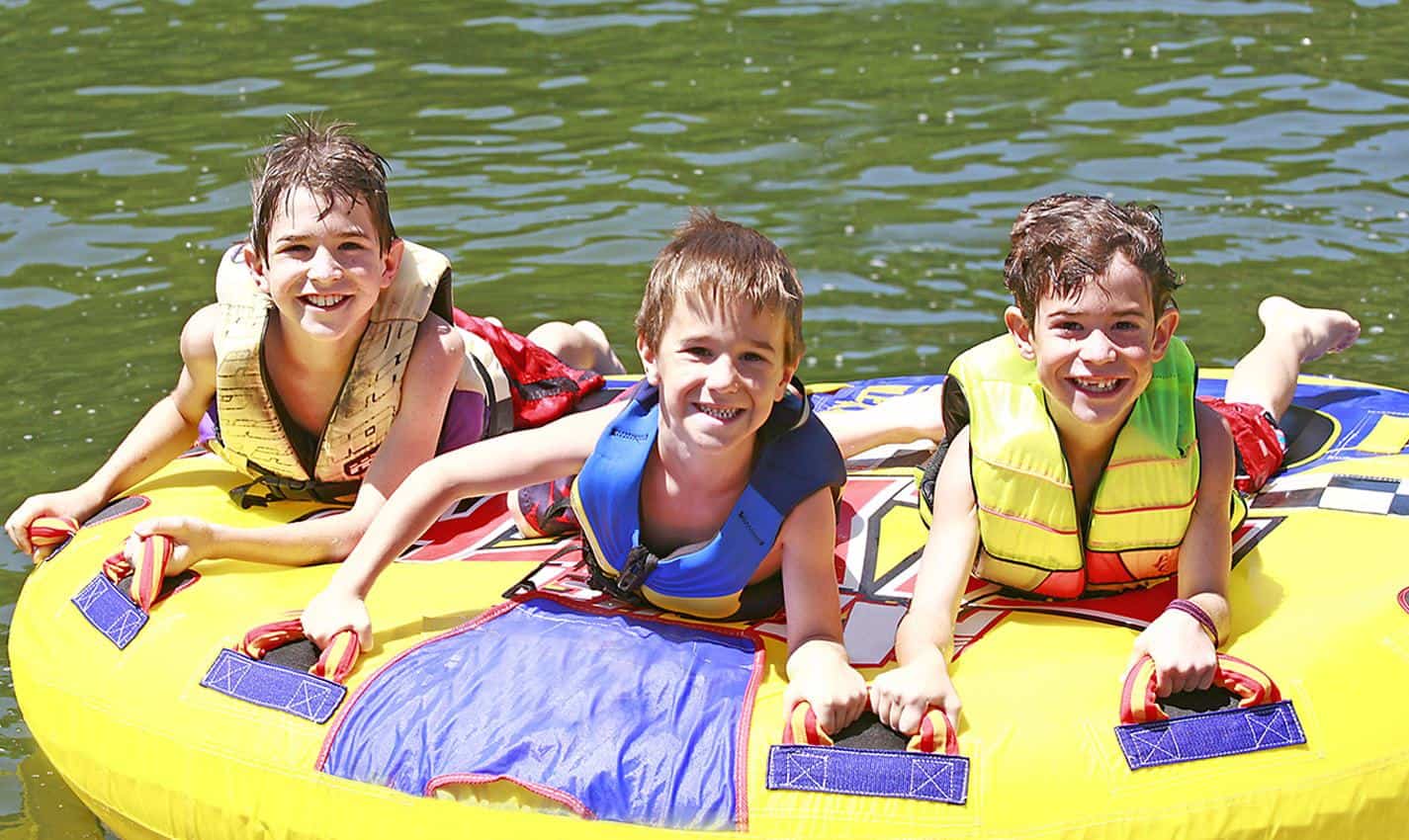 Have some family fun at the lake.
Local lakes, marinas, lake beaches, canoeing, boating and more water fun for your family in Middle Tennessee and beyond.

Head on down to the Maury County Mule Fest in downtown Columbia.
It begins Friday, May 28th at 6 pm with a free concert by Trace Adkins. Then on Saturday, May 29th there will be Food, Live Music, Local Artists, Military Tributes, a hometown parade, pageant, community fellowship, and more. Go on a family hike.
When parents are active, the kids are, too. Embrace the start of summer by making a point to take to the hills together.

Go see a drive-in movie double feature!
There's nothing quite like the nostalgic drive-in experience, and the Stardust in Watertown always delivers double-headers on both of its screens. That's right, the price of admission ($9 adults, $7 ages 6 - 11, free 5 & younger) gets you TWO first-run flicks. On May 28 - June 3, Screen 1 will show RAYA and the LAST DRAGON followed by Disney's CRUELLA. Screen 2 will show A QUITE PLACE: PART 2  followed by WORLD WAR Z from May 28 through June 3. The box office at the gate opens at 6:30 p.m. First feature starts at 8:20 p.m., the second starts at 10:45 p.m. 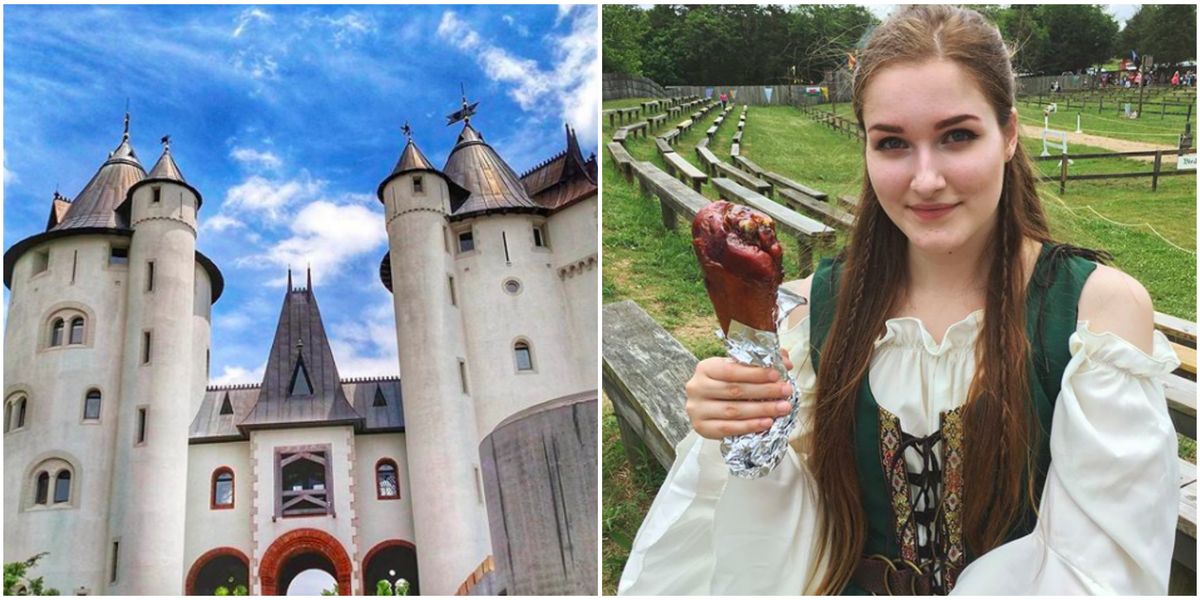 Take a dip at Soundwaves Waterpark.
The latest addition to the Opryland Resort is the 111,000 square foot SoundWaves water park featuring water rides, cabana rentals and even an arcade. This will bring joy to the entire family as you play and bond over the long weekend.

Make waves at Nashville Shores
If your family is eager to get soaked, there's no better place than Nashville Shores. Music City's leading water park attraction features a giant wave pool, relaxing lazy river, numerous water slides, the Kowabunga Beach kiddie area and more. Plus, there's fun on the lake. Monday's hours are 10 a.m. - 7 p.m. Admission is $36.99 for those 48 inches and taller, $28.99 for those 47 inches and shorter. Parking is $10.

Flags of Remembrance
Healing Field, Murfreesboro
The annual observation features more than 850 American flags, which you can walk among while remembering those who have served our country. The flags will be set-up on Memorial Day Weekend, May 29 - 31. The event is free and open to the public.

Smyrna Memorial Day Ceremony
Lee Victory Recreational Park
110 Sam Ridley Parkway East, Smyrna
Annually this event honors the men and women who have given their lives to keep this nation free. Remarks will be made by Lt. General Keith Huber on Monday, May 31 at 11 a.m. Carter House Rippavilla Plantation
1140 Columbia Avenue
Franklin, TN 37064
In 1830, Fountain Branch Carter built a one-and-a-half story brick house just south of downtown Franklin for his small family. He and his wife Polly had twelve children, nine of whom reached adulthood. On November 30, 1864, the Battle of Franklin raged across the fields south of town, scarring the landscape, claiming the lives of thousands and changing life on the Carter farm forever. Carnton Plantation
1345 Eastern Flank Circle
Franklin, TN 37064
Just a little over a mile from The Carter House, The Carnton Plantation sits. It was built in 1826 by former Nashville mayor Randal McGavock (1768-1843). Throughout the nineteenth century it was frequently visited by those shaping Tennessee and American history, including President Andrew Jackson. Carnton grew to become one of the premier farms in Williamson County, Rippavilla Plantation
5700 Main Street
Spring Hill, TN 37174
Rippavilla, built in 1855, was one of the premier farms in Middle Tennessee. On November 29, 1864, the home and the families who lived there found themselves in the middle of one of the most dramatic events of the Civil War. The Battle of Spring Hill was the genesis of the nightmare that unfolded on the fields south of Franklin on the afternoon of November 30, 1864, in the waning autumn light, as the American Civil War spiraled toward its violent conclusion. Tennessee State Museum
1000 Rosa L Parks Blvd
Nashville, TN 37208
The Tennessee State Museum is the perfect place to explore & learn about our nation and state’s history.  Discover Tennessee’s military role in founding the United States as an independent nation up through our role in World War II and how it transformed the cultural landscape of our state. The War Memorial Building
301 6th Ave N
Nashville, TN 37243
This was built as a memorial to the Tennessee soldiers who perished in World War I. There you will find engraved, in the West and North walls, the names of 3,400 soldiers who gave their lives during World War I. There are also two sculptures nearby that pay homage to those lost during the Vietnam and Korean Wars. Within the building is the Military History Branch of the Tennessee State Museum. Nashville World War II Memorial
1049 6th Ave N
Nashville, TN 37208
This striking memorial features a black and white, 18,000 pound granite globe that floats in ⅛” of water. It is set on a 2,800 square foot granite plaza. This globe reflects an accurate map of the world as it was during World War II. Visitors are able to touch the globe and spin it with their hands. There are 10 vertical pylons engraved with wartime images along with script that tells the story of World War II. Stones River National Cemetery
1563 North Thompson Lane
Murfreesboro, TN 37129
Stones River National Battlefield is the site of one of the largest and most important battles of the American Civil War. The people, places, and stories found at this site help us to understand more than only this moment in history. Visit Stones River National Park in Murfreesboro on Saturday, May 29, 2021 at 9:00 a.m. to view the placing of more than 7,000 American flags on graves in this national park. Make a reservation here to volunteer for flag placement. This is an incredible way to honor those who served and died fighting for what they believed.