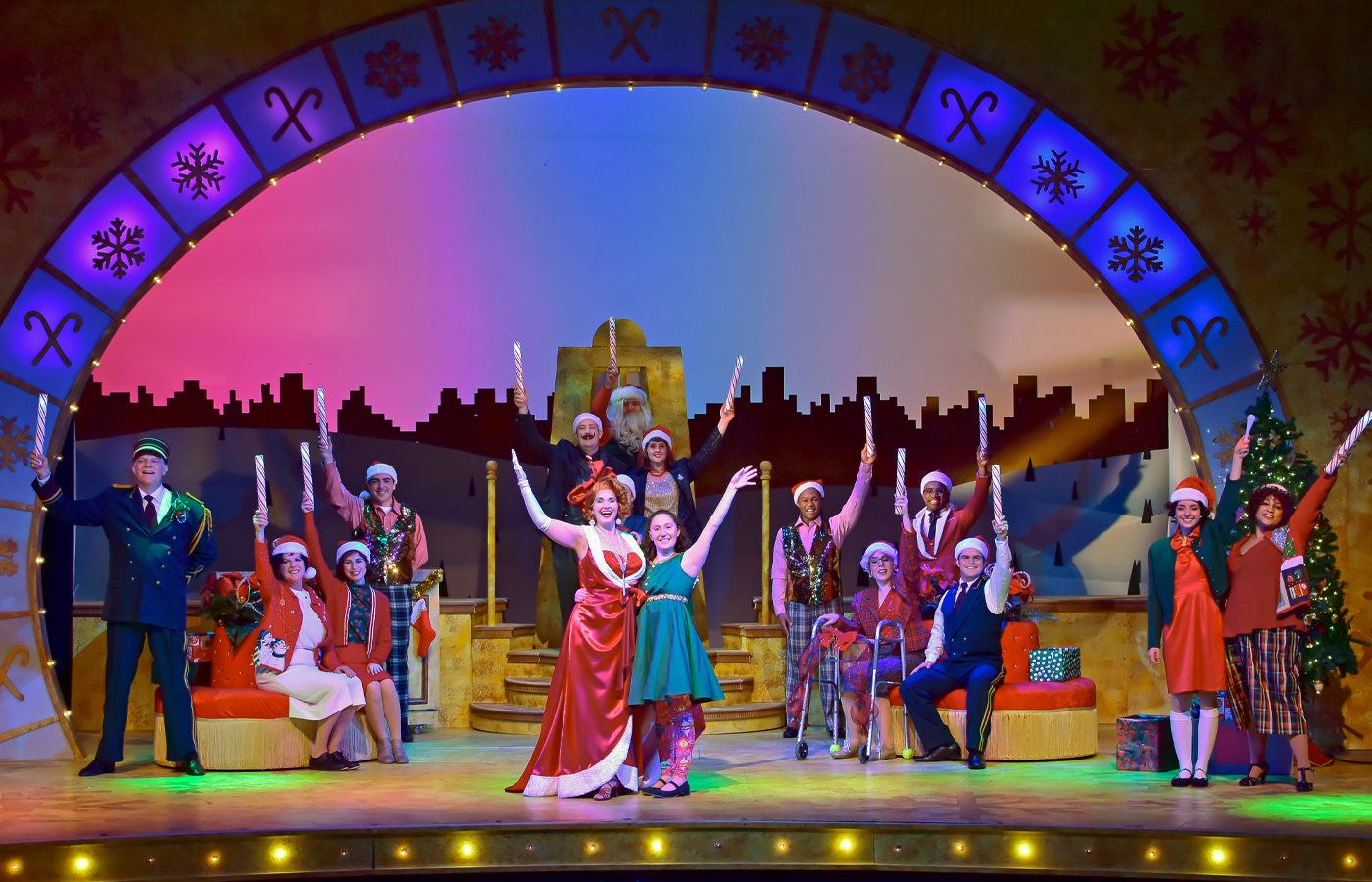 When Elise Primavera's whimsical children's book Auntie Claus first hit shelves in 1999, I immediately fell in love with it. Upon first read, I remember thinking, "Oh my gosh! She's the Auntie Mame of Christmas!" The character also has a dash of Coco Chanel and Mary Poppins thrown in for good measure. To this day, it remains my favorite children's picture book.

Ever since the book published, I've always thought it would make a great stage production, and now it finally IS thanks to Nashville Children's Theatre (NCT). Auntie Claus is the third work that's been developed by the NCT Hatchery — the new works incubator at NCT. The Hatchery is one of the incredible new things about NCT. How wonderful that our local children's theater — now in it's 89th year (it's the longest running children's theater in the country) — is creating brand-new works! 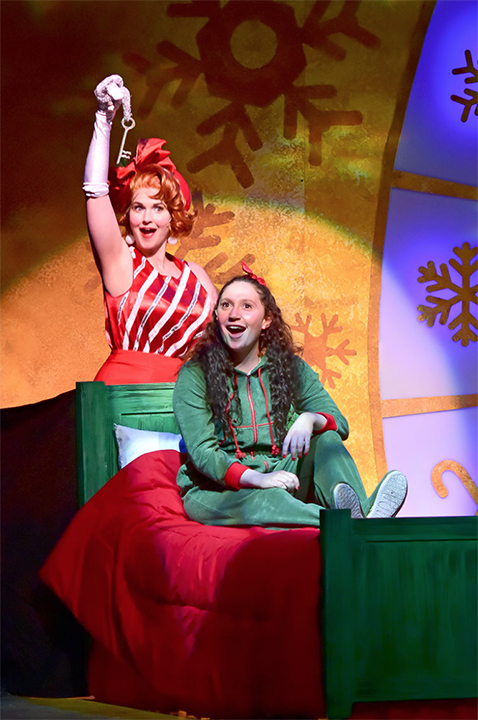 Marcy Heisler (book and lyrics) and Zina Goldrich (music) so beautifully worked with Primavera's story and characters  — and just like Christmas magic, they created a whole new wonderful universe for them to exist onstage that include modern strokes. Infectious melodies and clever, humorous lyrics in the songs help propel the storyline. 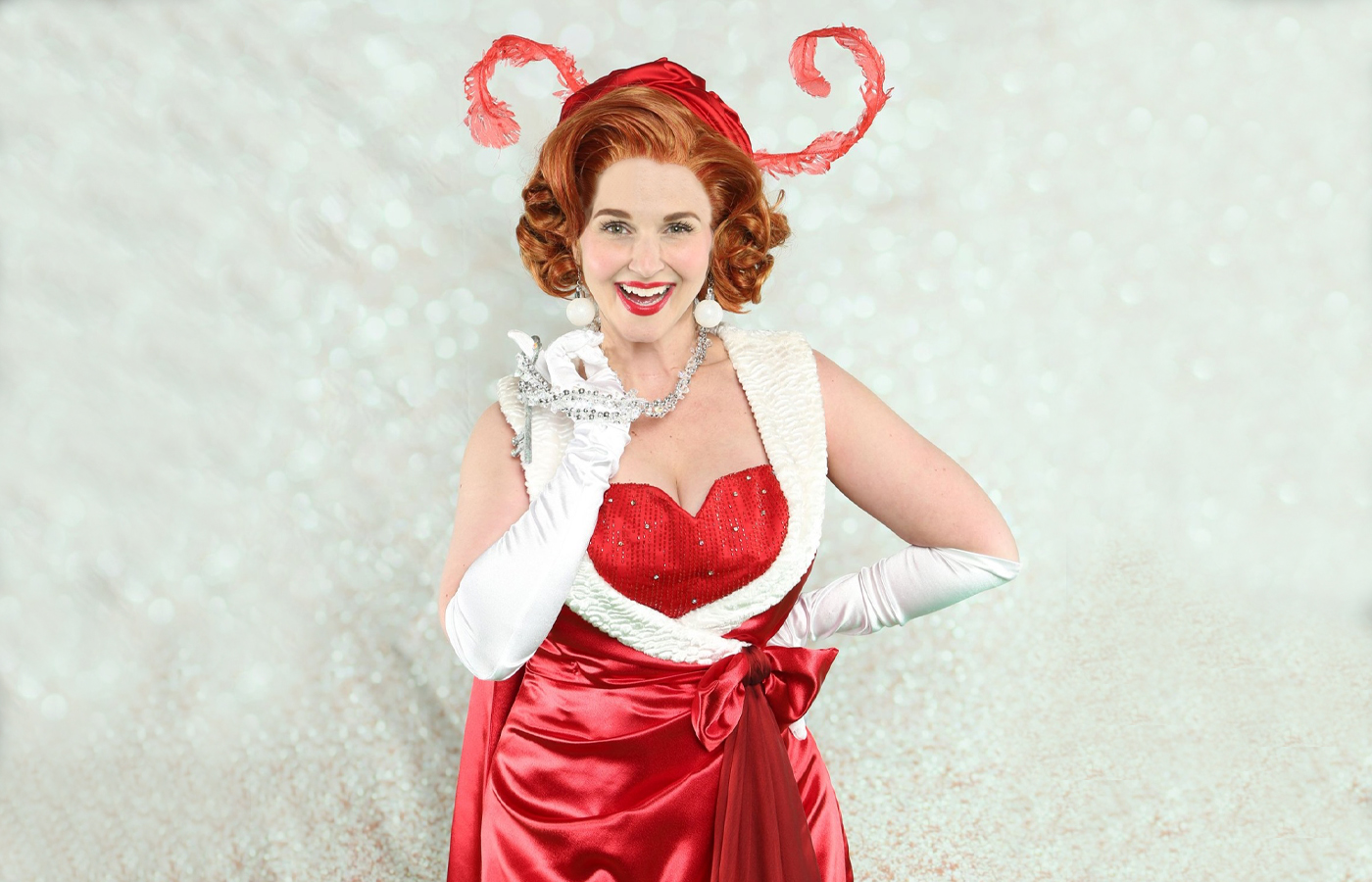 Although Auntie Claus is the title character, the actual story in the book and this new stage musical centers on her niece, Sophie Kringle. From the outset, she's an obnoxious tween who yearns to become a pop diva. She's also curious about the mystery surrounding her aunt. Her journey unfolds when she stows away on a trip with her aunt and is whisked away to the North Pole where she's mistaken for a new elf and gets put to work. The hugely talented Rebecca Keeshin plays Sophie with perfection. She brings lots of laughs throughout the show during her character's entire story arc, from being a brat to coming to realize that the real meaning of the Christmas season is giving rather than receiving. Keeshin is a dynamic vocalist who gives it her all, delivering a superb performance all the way through. 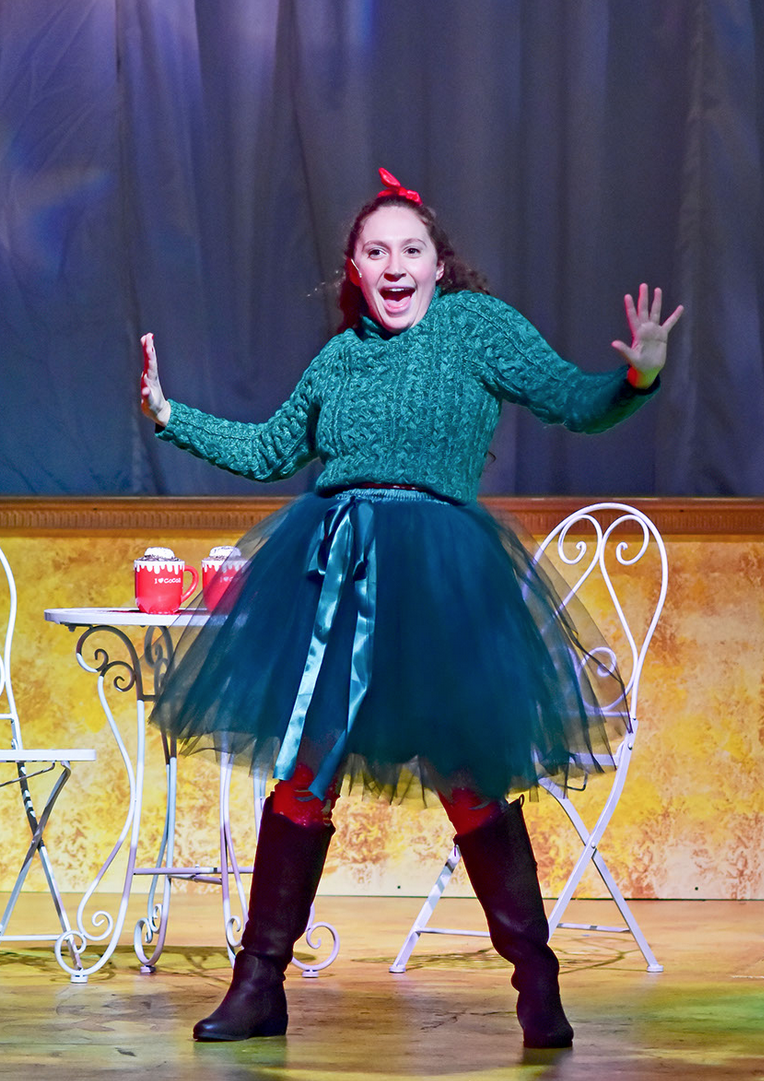 Court Watson's costume and scenic design are top notch, presenting Auntie Claus' world as a vibrant existence in both New York and North Pole settings. Director and Choreographer Ernie Nolan's approach bring's Primavera's characters to life in a grand manner. The amazing song and dance numbers effervesce with immense pizzazz — you can expect to experience the same kind of fantastic energy level and excitement as the Rockettes in New York City — that's just how great this production is! The show's robust cast of 16 delivers so many awe-inspiring, jaw-dropping moments along the way (especially in the exquisite fan-popping number). The gleeful roar of opening night's packed-house crowd is testament to the undeniable oomph of the show. 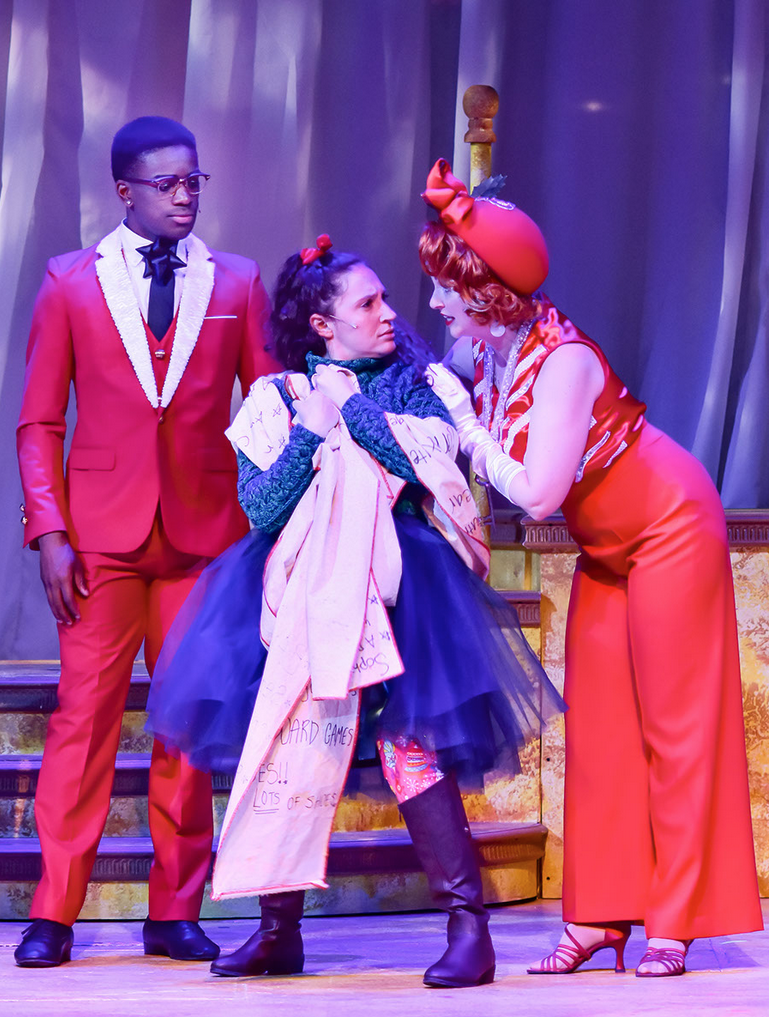 NCT's current season has been an incredible one so far, and Auntie Claus raises the bar even higher. The significance of NCT creating new works is immense. NCT delivers a highly sophisticated level of professional theater to kids, and to adults as well. It's remarkable to see so many adults in the NCT audience these days without kids in tow — talk about raising a bar! Kudos, NCT!

This high-caliber production is a triumph on all counts, making Auntie Claus the best new theatrical kick-off to the holiday season in town!

PSST … The cast of Auntie Claus will be performing in the Nashville Christmas Parade on Saturday, Dec. 7! 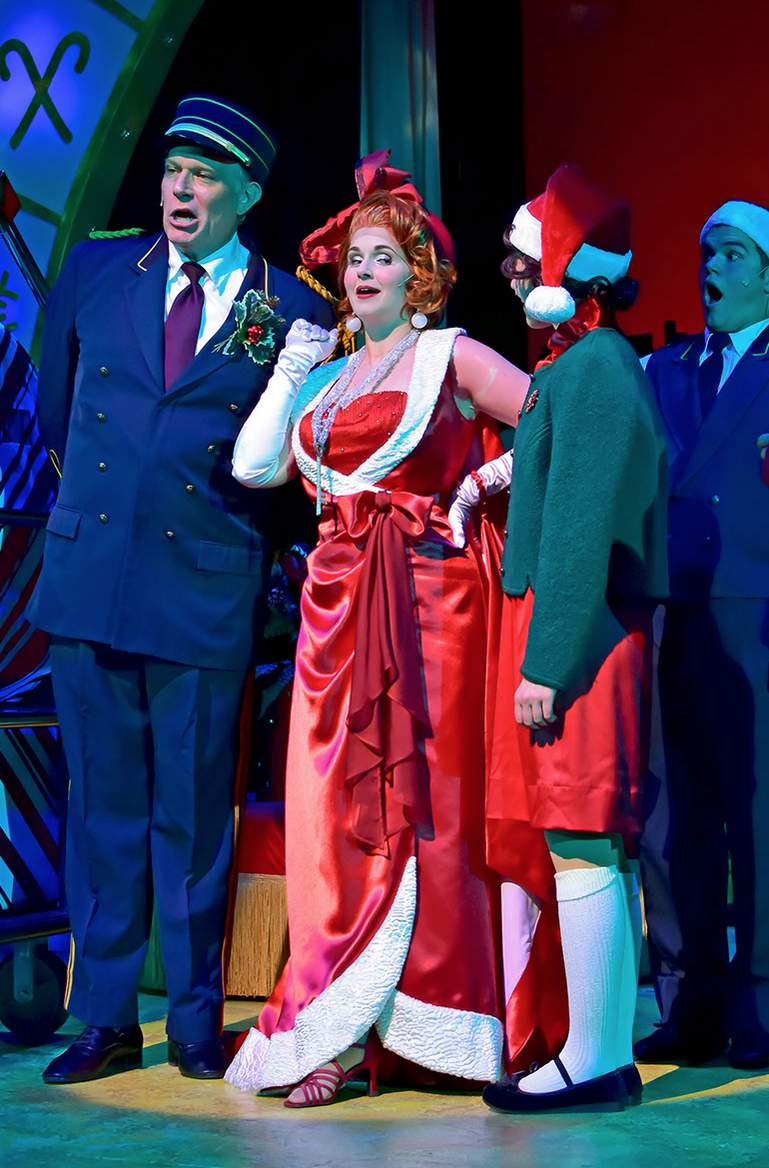 All photos by Reed Hummell.