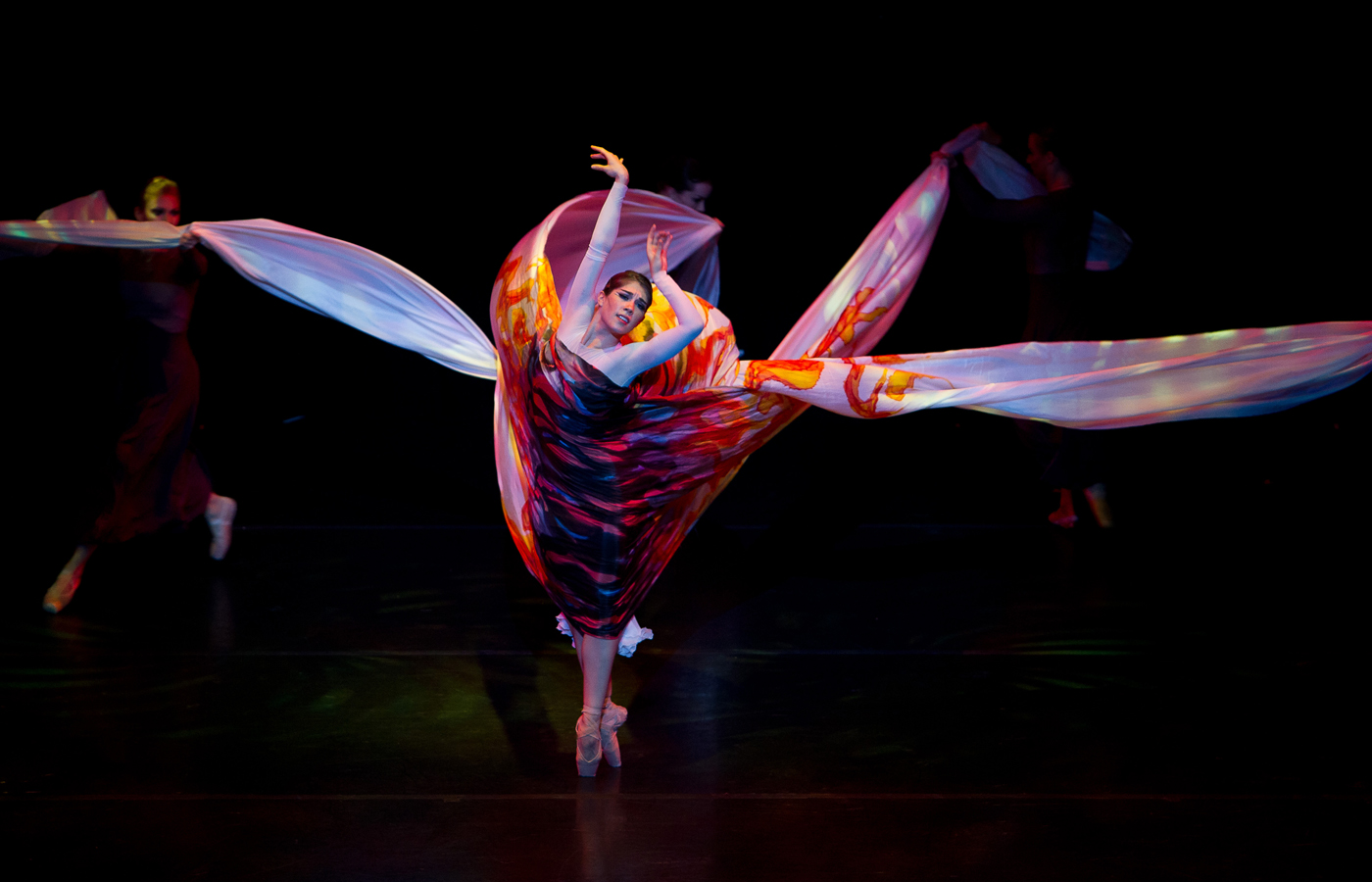 It's always so wonderful when performing arts companies in town join forces in order to create a brand-new work of art. Your family can experience just that this weekend with the all-new multimedia production of Carmina Burana. It's a collaboration of Nashville Symphony, Nashville Ballet and filmmaker Duncan Copp taking place May 31 – June 3 at the Schermerhorn Symphony Center (see details under "If You Go" at the bottom of this page).

Carmina Burana is German composer Carl Orff's scenic cantata based on a medieval collection of poems. This newly re-imagined production at the Schermerhorn features new choreography by Nashville Ballet's Artistic Director Paul Vasterling and an original film courtesy of Copp. In order to provide stage space for the Ballet's dancers, the Symphony will perform on the floor of the concert hall in a retrofitted "orchestra pit." In addition, members of the Nashville Symphony Chorus and Blair Children's Chorus will be strategically placed in locations around the concert hall, and Copp's HD film will appear on the screen above the stage. 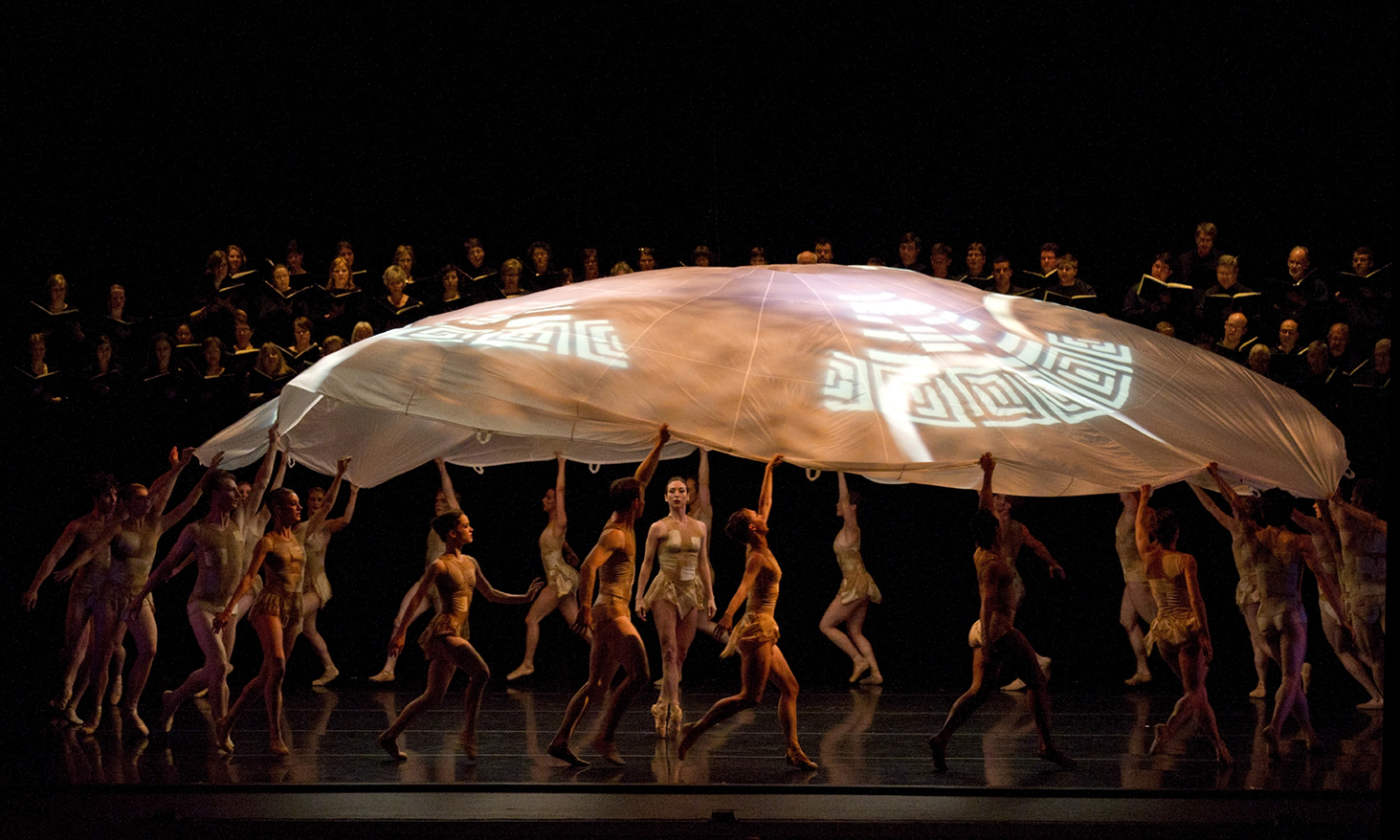 The Nashville Symphony first performed Carmina Burana on April 9, 1957, at War Memorial Auditorium, and the orchestra has performed it at the Schermerhorn only once before in May 2012.

"There are few pieces I look forward to conducting more than Carmina Burana, which features some of the most memorable moments in the classical repertoire and explores themes that are as relevant today as when it was written centuries ago," says Nashville Symphony Music Director Giancarlo Guerrero. "The Nashville Symphony is all about presenting notable works in an entirely new and fresh way, and we are excited and grateful to bring together Nashville's cultural community for what promises to be one of the highlights of our concert season," he adds.

Audiences are perhaps a little more familiar with Nashville Ballet's production, which was first presented in 2009. The Ballet has since performed it in two additional seasons here in Nashville, and it has taken the show on tour twice to St. Louis, Missouri, and another time to Charleston, South Carolina.

"Carmina Burana comes from a set of poems and dramatic texts dating back to the 11th, 12th and 13th centuries written by a group of European clergy that have a very satirical, sometimes profane and anti-clerical tone — these individuals are thought of as the hippies of that time period," says Vasterling. "Carl Orff, the composer, discovered them and arranged a selection of 24 of the poems into what we know today as Carmina Burana. The oratorio doesn't really have a story. The poems are loosely organized to indicate portions of life — the fickleness of fate and lust, love and temptation that exist in us. I've extrapolated this into a ballet about the cycle of life and the journey through it, the awakening of sexuality, and the journey through lust and temptation to a balanced stage of love and finally to a nirvana-like state," he adds. 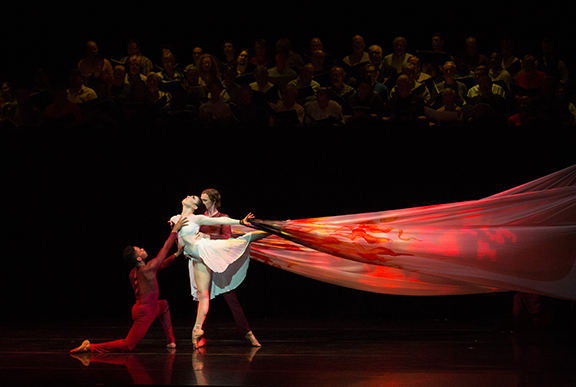 HOW THE COLLABORATION CAME ABOUT

The Nashville Symphony and Nashville Ballet have a long-time working relationship, and the Ballet has performed before at the Schermerhorn with great success. Vasterling says the two entities have since been considering a collaboration like Carmina Burana. Nashville Symphony COO Steve Brosvik approached Vasterling with the idea of adding the film component and introduced him to Copp in order to bring this new multimedia experience to life.

"Duncan and I collaborated to come up with images that complement my original conceptions when I first made the ballet in 2009," says Vasterling.

Vasterling says he's excited about the new film element as it allows audiences to see Carmina Burana through new eyes.

"Even I saw my own choreography from new perspectives during the filming process," says Vasterling. "It's so complementary to the production itself, but it also adds additional context to what audience members are watching on stage and what they're hearing," he adds. 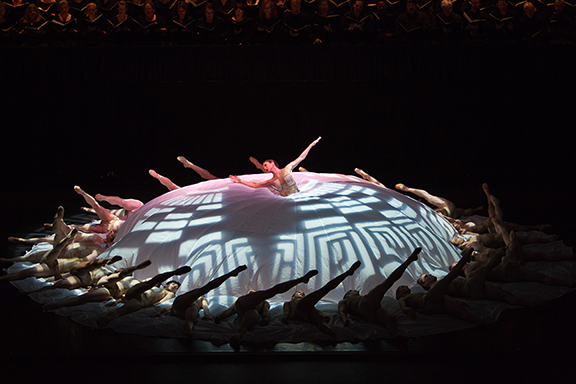 While Carmina Burana is a lengthy piece and is something of a bawdy text in old Latin and ancient German, it's perhaps most appropriate for a middle-school and older audience, but younger kids who have long attention spans can enjoy it, too.

"It's never for me to say what a parent should or should not show their children, but ultimately I do believe that this is an iconic work that's very accessible and can therefore be very inspiring in terms of introducing younger generations to fine arts like ballet and orchestra," says Vasterling. "I think students who are interested in dance, music, or even theater or film, will find this grand production to be quite entertaining and exciting," he adds. 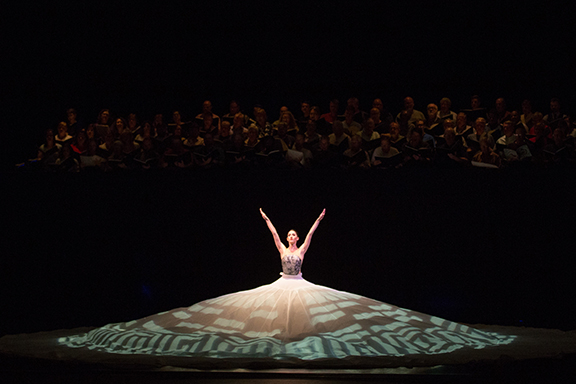 • Carl Orff was born in Munich in 1895 and raised in a family with a strong musical heritage. He had his music published for the first time when he was only 16 and graduated from Munich’s Akademie der Tonkunst (Academy of Music) in 1914.

• Orff’s early work was heavily influenced by Richard Strauss, as well as Arnold Schoenberg and Claude Debussy. In the mid-1920s, he crafted the concept of “elementare musik” (elemental music), which draws on a unity of the arts associated with the muses of ancient Greece and involves dance, poetry, image, design and theatrics.

• The manuscript of more than 250 poems and dramatic texts known as Carmina Burana dates back to the 11th, 12th and 13th centuries. It is primarily the work of medieval golliards, young European clergy (referred to by some as the “wandering hippies” of the era) who wrote satire that was often marked by profane lyrics and an obscene, anti-clerical tone.

• The collection, written mostly in Medieval Latin, was discovered in 1803 in a Benedictine monastery of in Orff’s native Bavaria. The name "Carmina Burana" is also rooted in Latin: “Carmina” means “songs” or “poems,” and “Burana” is the Latin form of Beuren, the name of the German town where the monastery was located.

• Orff stumbled upon a 19th century edition of the collection while browsing through a rare bookstore in 1934 and was immediately enthralled. With the help of a young law student and Latin scholar named Michael Hoffman, he selected and organized 24 of the poems and set them to music.

• The full Latin title of the piece – which Orff initially conceived as a choreographed stage work – is Carmina Burana: Cantiones profanae cantoribus et choris cantandae comitantibus instrumentis atque imaginibus magicis (“Songs of Beuern: Secular songs for singers and choruses to be sung together with instruments and magical images”).

• The piece is divided into three sections – Springtime, In the Tavern and The Court of Love – and the first and last movements are both an invocation to Fortune (“Fortuna Imperatrix Mundi” or “Fortune, Empress of the World”) that each begin with the widely recognizable passage “O Fortuna.”

• Carmina was premiered on June 8, 1837, by the Frankfurt Opera, and it was such a rousing success that Orff disowned all of his previous works in a letter to his publishers shortly thereafter: “Everything I have written to date, and which you have, unfortunately, printed, can be destroyed. With Carmina Burana, my collected works begin.” Nothing else Orff wrote ever approached the popularity and appeal of Carmina.

• The Nashville Symphony first performed Carmina Burana on April 9, 1957, with Music Director Guy Taylor at War Memorial Auditorium, and the orchestra has performed it at Schermerhorn Symphony Center just once before, in May 2012. 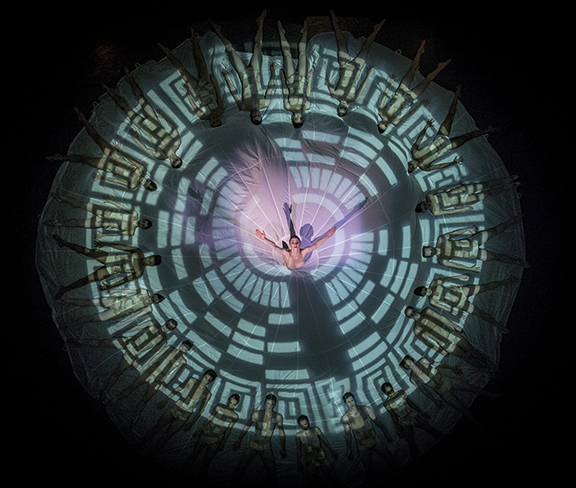