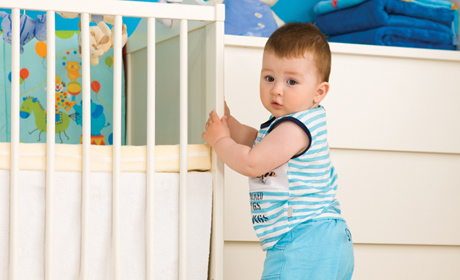 So you have plugs in all your outlets and latches on your cabinets, right? That’s because you now have a baby on the move. But parents, take note: Some hazards can go unnoticed. Use these handy baby proofing tips to keep your little one safe.

Silence is a Warning Sign When it Comes to Drowning

Most parents don’t leave their kids alone in the tub yet more than half of all infant drownings occur there. “Drowning is the second major cause of unintentional death in children younger than 20.  There is no substitute for direct adult supervision when a child is around standing water,” says Libby Long, M.D., a pediatrician with Tennessee Pediatrics in Murfreesboro.

“Parents erroneously believe that they can leave the bathroom door cracked while their child is bathing and that they'll hear their child if they're in trouble.  In fact, the majority of such drownings are silent.” Bath seats or rings are often involved in bathtub drownings, but bath seats are not safety devices.  The suction cups on the bottom can come loose and cause a baby to slip through the leg openings.

Each year, eight babies drown in unintentional drowning accidents. “Bath seats, which are meant to support a child in a tub, are not a substitute for direct adult supervision,” says Long. “While it seems difficult to believe that a toddler can drown in inches of water, the ability to sit or stand lies beyond their problem solving abilities.”

Never leave your child alone in or near any kind of water. Don’t answer the door or phone or attend to other children without taking your baby with you or draining the tub.

Don’t Forget About the Pool Next Door

The majority of children who drown in pools were last seen in the home and had been out of sight for less than five minutes, while in the care of a parent, reports the Centers for Disease Control.

Think of every pool in your neighborhood as a potential danger.  Get alarms for your doors that sound when they’re opened to alert you that someone has slipped out of the house.  Ask your neighbors to lock their pool gates and always know where your children are.

Drinking Coffee While Holding the Baby

Scalds from hot liquids are the most common type of burns for young children, whose thin skin burns more easily than an adult’s.

“Even coffee that’s not too hot to drink can really scald a child,” says  Angela Mickalide, Ph.D., program director for the National Safe Kids Campaign.  Put down the baby while you drink your coffee.

“Kids can scoot four feet per second in a walker,” says Mickalide. And accidents involving baby walkers can include a tumble down the stairs.  Trade your walker for a stationary entertainment center. Babies like them just as much, and you’ll gain a few hands-free moments.

Turning the Car Seat Around Too Soon

You may be eager to see your baby’s face in the rear-view mirror, but your child must be in a rear-facing seat until he is at least 20 pounds and 1 year old, at the minimum.  Some kids reach 20 pounds before 1 year of age, but that doesn’t matter.

“Under age 1, a child’s head is disproportionately large compared to the body,” says Mickalide. “If he’s facing forward in a crash, his head will fall forward dramatically and do serious damage to his spinal cord and neck. If a child rides backward, the force of the crash is distributed over a larger surface of the body — the shoulders, back and buttocks.”

An estimated 3.3 million American children live in homes with firearms that are always or sometimes kept unlocked and loaded.  That "sometimes" is the problem. Get a trigger lock for your firearm and ALWAYS keep it in a locked cabinet.  Lock up the ammunition in a separate place.  If you must carry your weapon to and from work, load and unload it at work, not at home.  All kids are curious about guns, no matter how used to them they may be — and they are very good at finding them and imitating your actions.  If you have toddlers, know that a 3-year-old is strong enough to pull a handgun trigger. 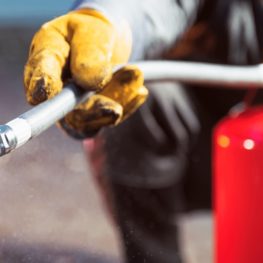 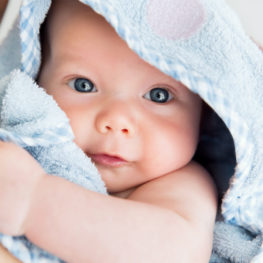 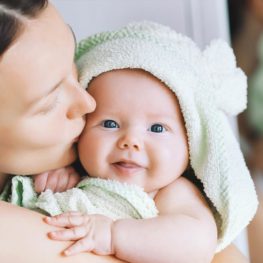 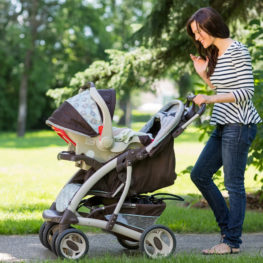