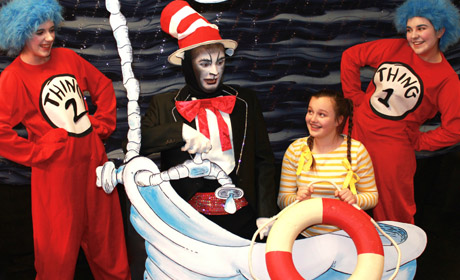 In 2006, local moms Lissa McHugh and Lori Terlikosky set out to establish a new creative outlet for Middle Tennessee children to get involved with the performing arts. The result? Bravo Creative Arts Center, a not-for-profit organization providing a place for kids to learn, practice and perform music, art and theater.

“As parents of creative children, we realized the need for a quality, creative outlet that provided youth an opportunity for self-expression in a nurturing environment,” says Lissa McHugh, executive director of Bravo Creative Arts Center. “We wanted a place where children and teens could develop their gifts and talents under the mentorship of positive role models who would help them to ‘find their voice,'” she adds.

On March 3 – 6, Bravo Creative Arts Center celebrates its 10th anniversary with its current production of Seussical the Musical, a show featuring characters and storylines from the beloved, magical world of Dr. Seuss. Two separate casts of children and teens will alternate performances (see show details below); combined, there are 122 kids and teens representing more than 30 area schools. The musical takes place at the Father Ryan Center for the Arts in Nashville.

Lissa McHugh (back row) with cast members from a past Bravo Creative Arts Center production of “The Wizard of Oz.”

McHugh says she’s excited about a lot of components of this particular production, including the set that Bravo’s design volunteers built that “looks like it was illustrated by Dr. Seuss himself” as well as the blossoming of the cast of kids during the past several weeks.

“I’m excited about the growth of the children since the time we began rehearsals. Many of the children joining Bravo for the first time walked through the doors back in December … quiet and shy with zero on-stage experience. Now they have made new friends and can’t stop talking, and they will soon have the confidence to perform to an audience of 500 people, get to take their first bow and have their hard work appreciated,” says McHugh. “For returning Bravo veterans, it’s amazing to watch growth from the last show to this show both on and off stage. I’m excited about having two of our senior boys in lead roles (Bobby Guenther as Horton and Stevie Hollander as Cat in the Hat). Both young men have been with Bravo for many years, and these roles fit them perfectly! I’m also excited about how the teen cast has helped to teach, mentor and cheer on the children’s cast,” she adds.

With Middle Tennessee offering more and more performing arts opportunities for kids these days, McHugh shares her thoughts about what distinguishes Bravo Creative Arts Center from other programs: “We are fortunate to live in a community that offers great theater programs for youth. Bravo is a volunteer-driven organization, so we are able to assemble teams of amazing volunteers from the community to help with the effort to produce high-quality productions. We also have an amazing choreographer who incorporates various dance styles (tap, jazz, ballet) to help tell our musical theater stories,” she says. “But the number one thing that Bravo parents and kids appreciate is the safe and inclusive environment. The youth know that being kind is expected. When kids feel safe and supported by both teachers and peers, they are free to take creative risks and give their best. The end result is not only a great show, but more importantly, a more confident and giving citizen,” she adds.

Looking forward to the next 10 years, McHugh says Bravo Creative Arts Center is in need of more space (its current rehearsal and workshop space is in Franklin), and it will continue to offer improv and choral group programs as well as summer camps that include special dance camps for kids.

One of the other unique things about Bravo Creative Arts Center is how shows are chosen. “I let the children and teens vote on what’s next,” says McHugh. She shares the top choices for the upcoming season: Thoroughly Modern Millie; Guys and Dolls; Cinderella; Alice in Wonderland; Into the Woods; Joseph and the Amazing Technicolor Dreamcoat; and The Lion King. “You will probably see one of these in June,” says McHugh.

To learn more about Bravo Creative Arts Center and how your kids can get involved, visit bravocreativeartscenter.com. 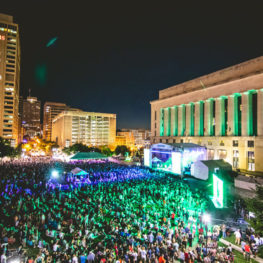 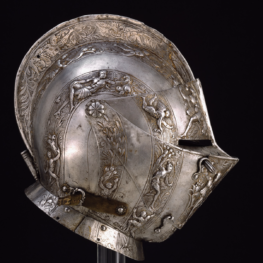 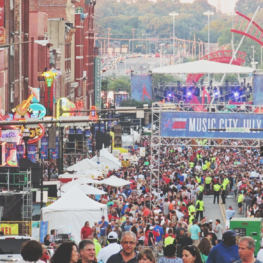