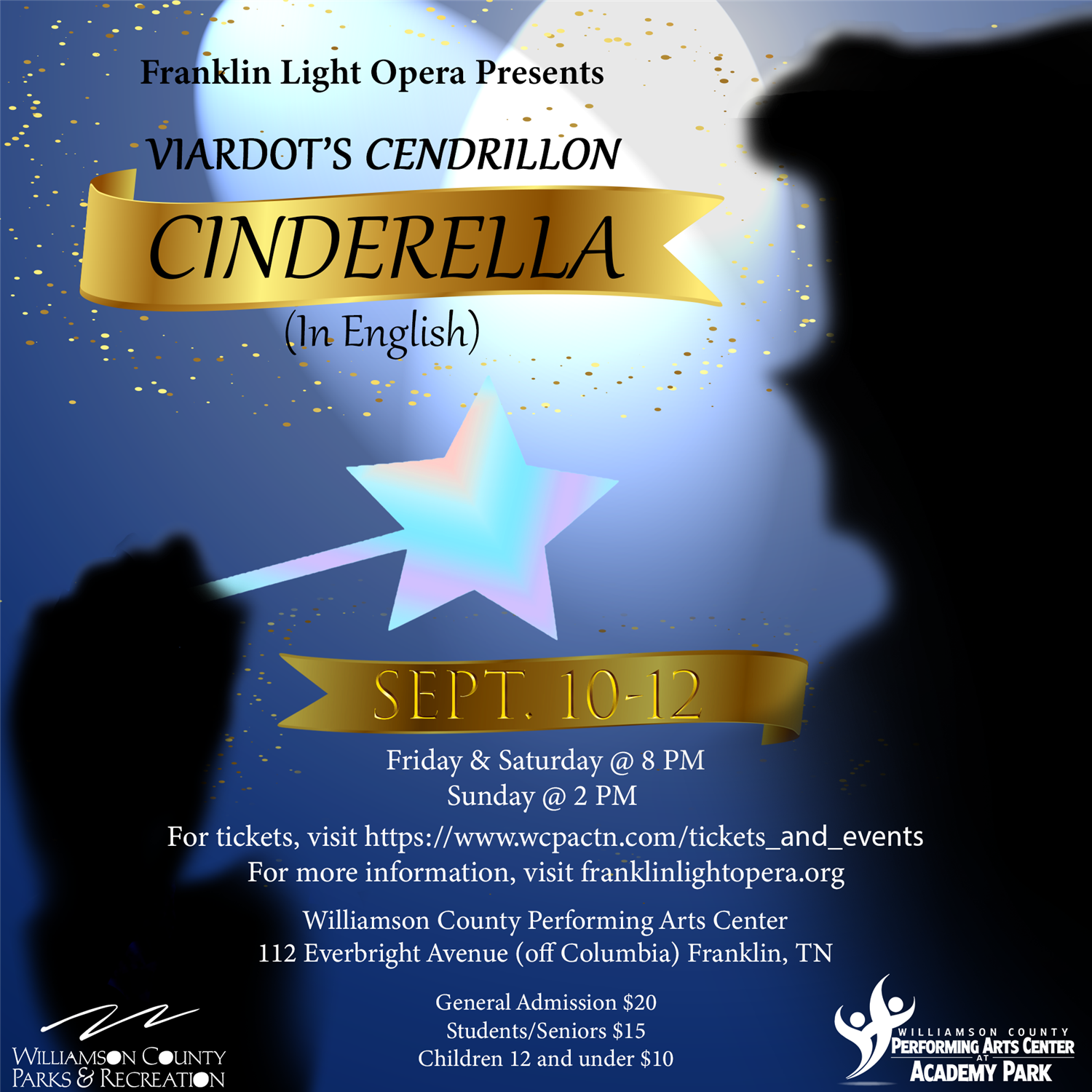 The Franklin Light Opera Company has announced its premiere production of Pauline Viardot's Cinderella at the Williamson County Performing Arts Center at Academy Park (112 Everbright Ave, Franklin, TN 37064). The production will run for three performances, September 10 at 8 p.m., September 11 at 8 p.m. and Sunday, September 12 at 2 p.m. Tickets can be purchased by visiting the Williamson County Performing Arts Center website.

This lighthearted opera, originally premiered in a salon setting in 1904, has rarely been performed in the United States but is experiencing a renaissance and Pauline Viardot's beautiful music is now being appreciated as never before. Translated into English, this family friendly and magical production will be directed by Susan Weisbarth with Mark Ring as musical director and conductor of a small instrumental ensemble.

Starring in the principal roles are Briar Moroschak as Cinderella, Carl Rosenthal as the Prince, Karen Wonder Dumont as the Fairy Godmother, Allison Deady as Armelinde, Paige Stinnett as Maguelonne, Tyler Saunders as Barigoule and Samuel Cotten as the Baron. Hallie Long, Liza Marie Johnston, Taylor Chadwick and Quinton Tolbert are featured in the ensemble.