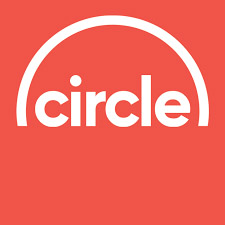 So many productions have been canceled and postponed that we searched around to find out just HOW to entertain you! Enjoy the following collection — and check back; we'll be adding to it!

Cats
May 15 – 17, 2020
The Shows Must Go On's YouTube Channel
Andrew Lloyd Webber’s musical based on Old Possum's Book of Practical Cats by T.S. Eliot. This is the 1998 staging including Elaine Paige as Grizabella and Ken Page as Old Deuteronomy.

Circle All Access is the new network where country artists play. Keeping the Opry going during COVID-19, Circle All Access presents free livestreams on Saturday nights from the stage of the Grand Ole Opry.

THIS WEEKEND, SATURDAY, MAY 16

Present Laughter
Through May 27
PBS.org
The one and only Kevin Kline leads the cast in an award-winning performance of Noel Coward's hilarious play.

The Sound of Music
Through May 27
PBS.org
The 2015 live U.K. broadcaast version starring Kara Tointon as Maria. Photographed cinematically on adjoining stages, the production offers a naturalistic interpretation of the calssica American musical.