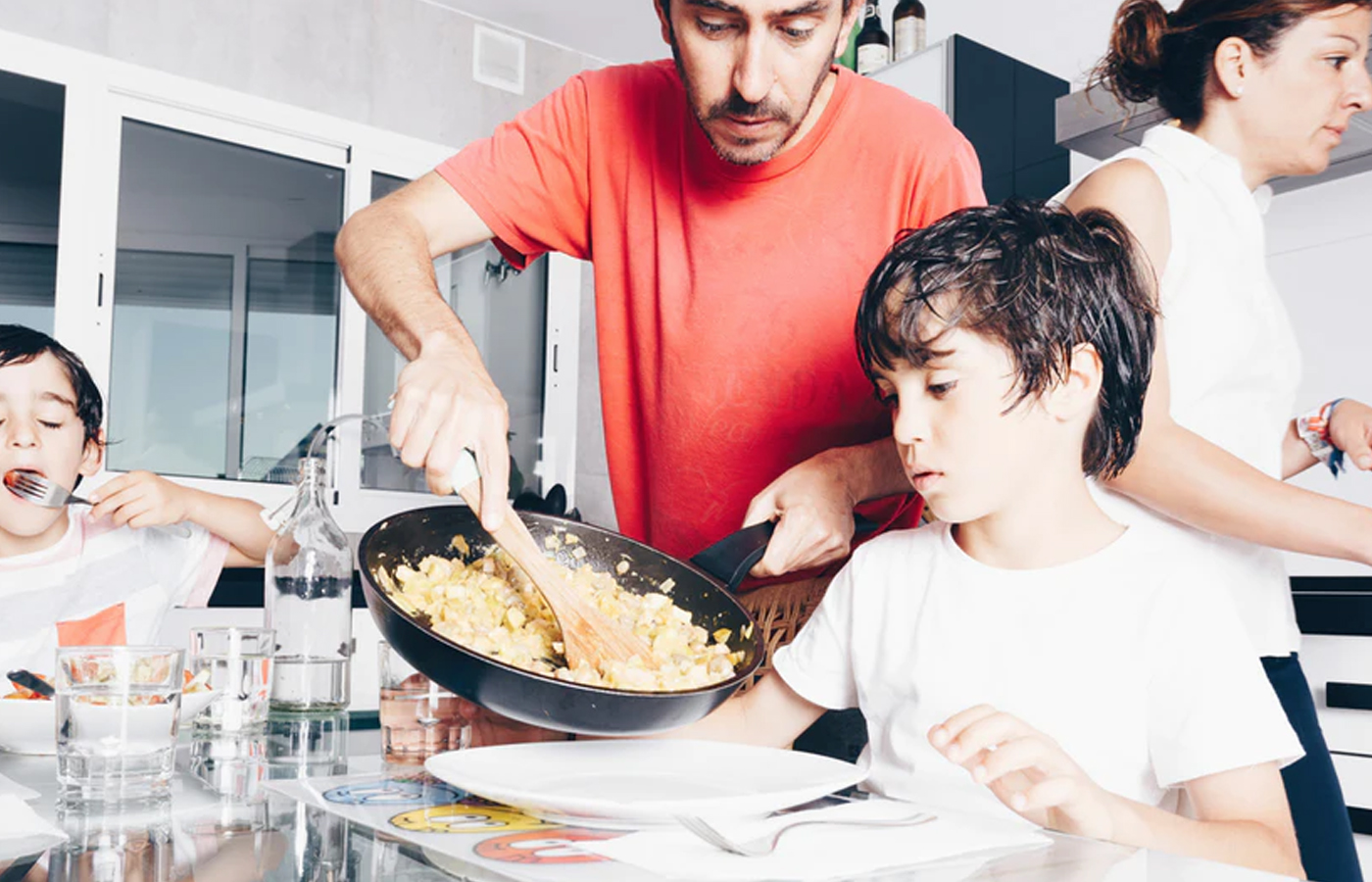 Nashville mom Nicole Johnson knows all too well the pitfalls of picky eaters. Mealtime meltdowns are a regular occurrence with her son, Brice, now 5, and have been for years. Not only is he finicky about what he eats, but Johnson struggles with getting him to eat at all sometimes, even food he likes.

"Getting Brice to eat and especially to try new things has always been difficult," Johnson says. "When he was younger and transitioning to solids, I learned quickly how picky he is. I couldn't combine textures, there were only a small amount of things he would eat, and to this day, he has a meltdown anytime I introduce something new on his plate, which includes him gagging, screaming and crying."

It's always been a concern for Johnson, especially during early occurrences when Brice was a toddler.

"I'm in the chicken nuggets rut," Post laments. "It's nearly impossible to convince Cindy to try new foods, and I'm tired of fixing chicken nuggets for her every day because it's the only thing she'll eat aside from pudding and brownies."

Pediatricians remind parents that a child's level of appetite shifts with age and growth cycles.

"What parents often interpret as picky eating is actually the fact that they don't anticipate that growth slows down at age 1, meaning the child will not have the same level of appetite," says Gregory Plemmons, M.D., assistant professor of pediatrics and medical director of the Pediatric Weight Management Clinic at Monroe Carell Jr. Children's Hospital at Vanderbilt. "It's natural for parents to have a lot of anxiety about it, but they should remember that kids will eat when they are hungry. I never recommend forcing a child to eat if he doesn't want to."

Felisa Gilbert, M.D., a pediatrician practicing with Tennessee Medicine and Pediatrics in Smyrna, adds that "growth is more linear between 15 and 36 months, and the body is good at extrapolating what it needs."

A child's sense of taste changes drastically during those months, and it's important to keep offering him new options on the dinner plate, even if he doesn't seem to like them. Gilbert says to at least insist on the child taking one bite of something new, and if he doesn't like it, don't force it.

"Make sure to always offer things on the plate that you know your child will eat, and be prepared to introduce something new several times before a child may decide he likes it," Gilbert says.

The Pitfalls of Power Struggles

Many parents resort to bribery to get their picky child eating. Enter the power struggle.

"We used to offer something else to Brice if he wouldn't eat what we initially put on his plate, and once we stopped doing that, we've had constant negotiation issues," says Johnson. "My biggest frustration is his unwillingness to try new things, and my biggest regret is that I allowed the bargaining to ever happen."

Other parents, like Nashville's Darla Brown, enjoy life without the finicky eating struggle. She takes a direct approach with 3-and-a-half-year-old Jack and 19-month-old Matt. "Fortunately, both of my boys are good eaters, especially my youngest. I've always taken the take-it-or-leave-it approach with them," says Brown. "They get one chance for a meal, and if they don't want it, too bad. If they don't eat, it goes into the trash," she adds.

Another local mom, Kristin Barrie of Franklin, found success with her three boys – Mike, 12, Matt, 9, and Drew, 4 – by using creative names for dinner items. "My husband says it's all in the marketing," Barrie says. "The boys might show little interest if I'm fixing spaghetti for dinner, but when Mark says, "˜We're having Daddy-O's Secret Spaghetti Surprise,' and then he splashes the pasta with Italian dressing before adding the meat sauce; they gobble it down. They also enjoy Star Wars Stew [stir fry]," she adds.

Barrie says she thwarted the power struggle by letting her boys make some of the decisions about meals. "Letting them pick out the salad dressing or steak sauce gives them a sense of choice and alleviates issues at our table."

"Bad habits start early, so good eating habits need to start early on," says Plemmons. "Encourage fruits and vegetables early on, and tell children where food actually comes from. It doesn't come from the store," he adds.

And it's OK to let your little ones make a mess. Science says if you allow your child to be messy, chances are he will eat more. In a recent Now to Love post, Mel Watts of The Modern Mumma says she's a fan of letting her kids get messy with their food. "I let my babies feed themselves with my watchful eye," says Watts. "I love watching them learn and discover new foods. This teaches our kids so many things as well. They really love to be able to play. Though it can be messy, it's really worth it!"

Gilbert says parents should give their children the same thing they eat, and to make sure it is chopped or mashed up for them to swallow. "A child is going to want what's on Mom's plate, and it's important for parents to show children their own healthy eating habits," Gilbert says.

Both pediatricians suggest letting kids be an active part of mealtime, whether it's helping set the table or letting them assist you in the kitchen.

Also, keep in mind portion control and avoid a "clean-your-plate" message. "Remember the size of the stomach is the size of a person's fist, so don't overload the plate," Gilbert says, adding that parents should offer just enough to satisfy the food pyramid guidelines.

As with all other parenting scenarios, consistency is important. "Parents should always be consistent in what they say," says Gilbert. "Don't tell your child he can't have dessert unless he eats his meal first and then cave in if he doesn't uphold his end of the deal."

Pick up one of these great books to help you turn your pick eaters into enthusiastic ones.

My Two-Year-Old Eats Octopus: Raising Children Who Love to Eat Everything
By Nancy Tringali Piho
Bull Publishing Company; $16.95
As a 20-plus-year veteran of the food marketing industry and as a mom of two little boys who love to eat, author Nancy Tringali Piho blends humor and real-life situations to help parents combat picky-eating syndrome and encourage their little ones to enjoy the exploration of new foods. Piho reminds parents how they start feeding their babies at the beginning establishes the foundation for their dining habits as they grow. She also advises parents about expanding the toddler palate, shifting into the preschool years and handling problems when they rise. A great read with clever insight.

The Toddler Bistro: Child Approved Recipes and Expert Nutrition Advice for the Toddler Years
By Christina Schmidt, M.S. Nutrition
Bull Publishing Company; $16.95
The Toddler Bistro is the perfect tool to help parents thwart the picky eating woes of their little ones. Schmidt presents logical ways to persuade kiddos to eat their veggies and try new foods while offering parents everything they need to ensure their children are getting necessary nutrition in all the food groups. She also offers a bevy of food safety info that every parent needs to know, along with a wide range of healthy recipes covering everything from snacks to entrees to desserts.

Whining & Dining: Mealtime Survival for Picky Eaters and the Families Who Love Them
By Emma Waverman and Eshun Mott
Random House; $28.88
More than 100 recipes abound in this title that is part cookbook, part parenting manual. The family-friendly recipes are sure to be a hit with the pickiest little eaters, especially the pasta and vegetable ones. Lots of anecdotes and hints fill the pages, helping parents enjoy a more peaceful place in the kitchen and around the dinner table. 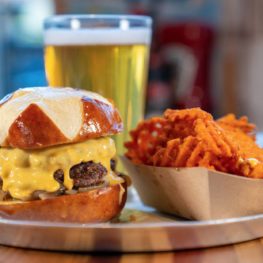 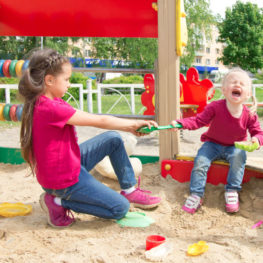 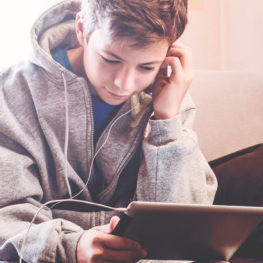