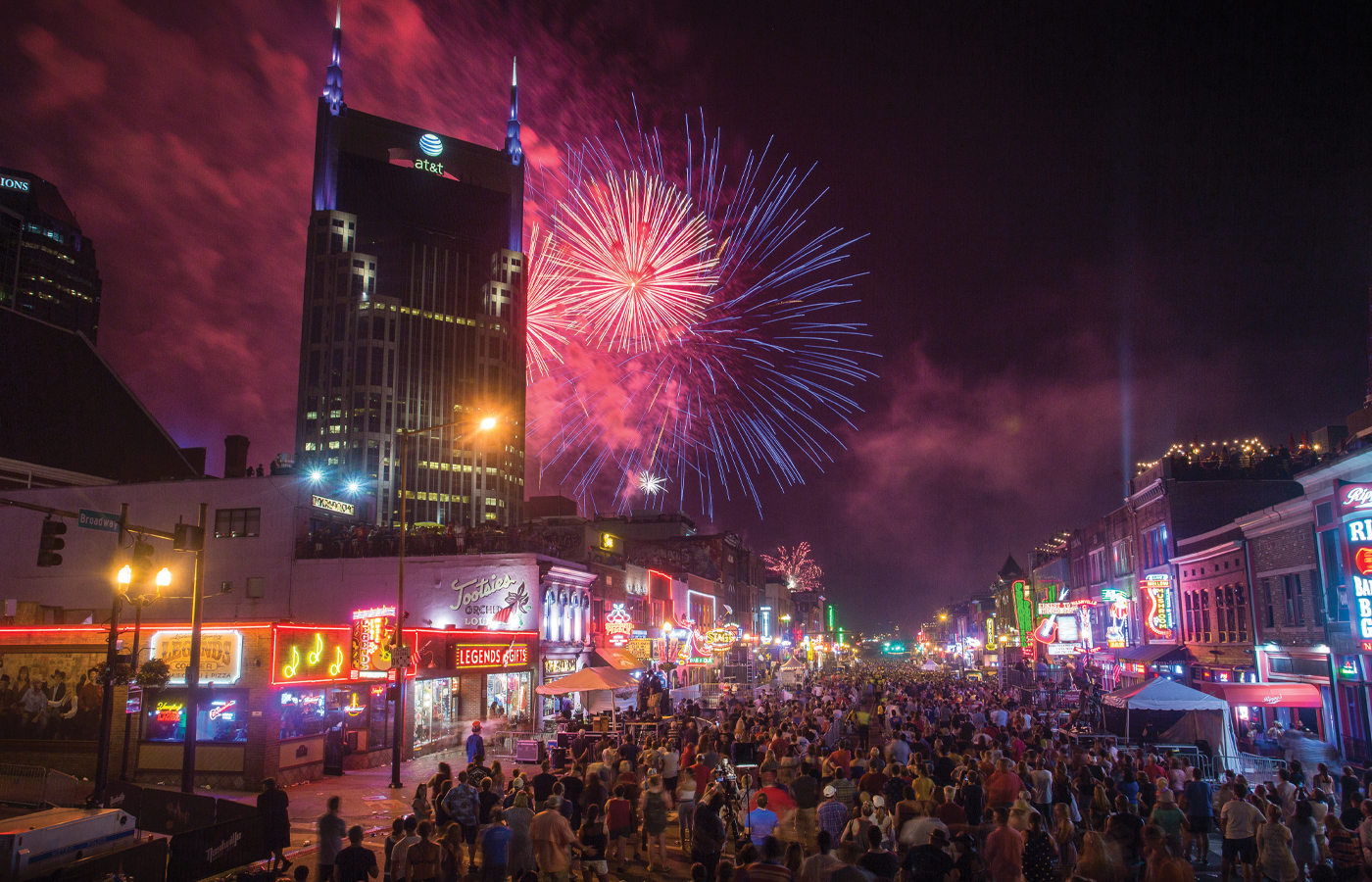 Brentwood’s Red, White and Boom
Crockett Park
615-371-0060 | brentwood-tn.org
Enjoy an evening of live big band and jazz music by The Kadillacs starting at 7 p.m. followed by fireworks at 9 p.m.

Franklin on the Fourth
Downtown Franklin & The Park at Harlinsdale
franklinjazzfestival.com/4th-of-july
Franklin on the Fourth fun starts at 10 a.m. with activities on the Public Square including live music, crafts, kids’ activities, an antique car show, a children’s parade (at 5 p.m.) and more. Fireworks in the park start at 9 p.m.

Goodlettsville at Moss-Wright Park
615-851-2241 | goodlettsvilleparks.com
The fun kicks off at 4 p.m. with the Activity Zone (armbands required: $7 in advance, $10 at the gate) featuring Fireman’s Foam, inflatables, Euro Bungee, a rock-climbing wall, games and more. Fireworks start at 9 p.m.

Murfreesboro’s Celebration Under the Stars at McKnight Park
615-890-5333 | murfreesborotn.gov/parks
The fun starts at 5:30 p.m. with live music, inflatables and refreshments. Fireworks at dark.

Watertown Public Square
615-237-1776 • watertowntn.com
Bring your squirt guns and have fun getting wet during this festivity starting at 3 p.m. that also includes a parade and fireworks at dusk.

Enjoy July 4 during the museum's annual after-hours extravaganza where you end the evening watching downtown Nashville's fireworks from the museum lawn.

Before the fireworks, you can explore the museum, take in a laser show in the planetarium, participate in UV bead experiments, see a live science show with fire explosions and fireworks chemistry, and more.

Live music is the new addition this year, and The Gripsweats (a seven-piece funk band) will perform. Food trucks are on site, too.

You must reserve tickets for Red, White & Boom! in advance, and they sell out every year, so don't delay if this is the way you're gonna go this year. Tickets are $25 – $39. CLICK HERE to get 'em.