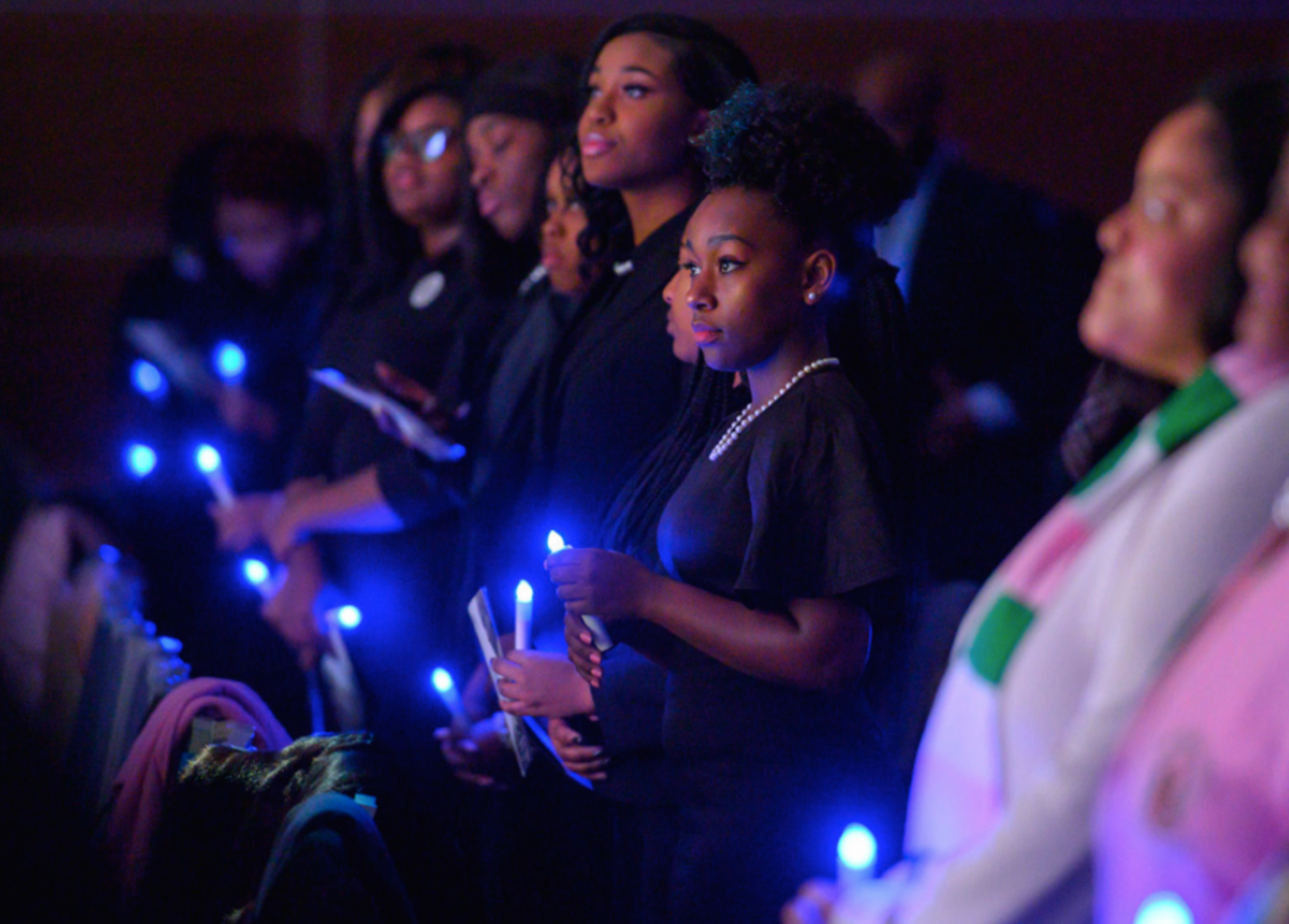 MTSU will observe the 27th anniversary of its MLK Day with a special evening ceremony and traditional candlelight vigil held in honor of the slain civil rights leader.

The special event, which is free and open to the public, will begin at 6 p.m. Monday, Jan. 16, in the second floor ballroom of the Student Union, 1768 MTSU Blvd. The university closes that day in observance of the federal holiday.

Danielle Rochelle, director of Intercultural and Diversity Affairs at MTSU, said attendees will hear remarks from Paige Jackson, president of the NAACP MTSU chapter, the men of the Murfreesboro Alpha Phi Alpha fraternity and Aaron Treadwell, assistant professor in the MTSU Department of History.

“This year’s MLK Celebration focuses on the legacy of Dr. King and what it means for our community moving forward,” Rochelle said.

Danny Kelley, assistant vice president for Student Affairs, said that “in light of the racial inequities that still exist in our great country, coming together on this special day reminds us of the contributions Dr. Martin Luther King Jr. made toward social justice and the work still required of all of us to eliminate discrimination.”

Rochelle said the program will also include two tribute videos and a reading of the True Blue Pledge, which is celebrating its 11th anniversary, “to show MTSU’s commitment to diversity and nonviolence.” The event will end with an indoor candlelight vigil using LED candles.

The Rev. Martin Luther King Jr., who was inspired both by his Christian faith and by civil disobedience tactics employed by Indian leader Mohandas K. Gandhi, led marches and demonstrations that promoted the dissolution of legally enforced racial segregation in public accommodations. His work and that of his followers prompted Congress to pass the 1964 Civil Rights Act and the 1965 Voting Rights Act.

After speaking to sanitation workers who were striking for better wages and working conditions in Memphis, Tennessee, on April 4, 1968, King was assassinated as he stood on the balcony of the city’s Lorraine Motel.

A campus parking map for the MTSU MLK Day is available here.