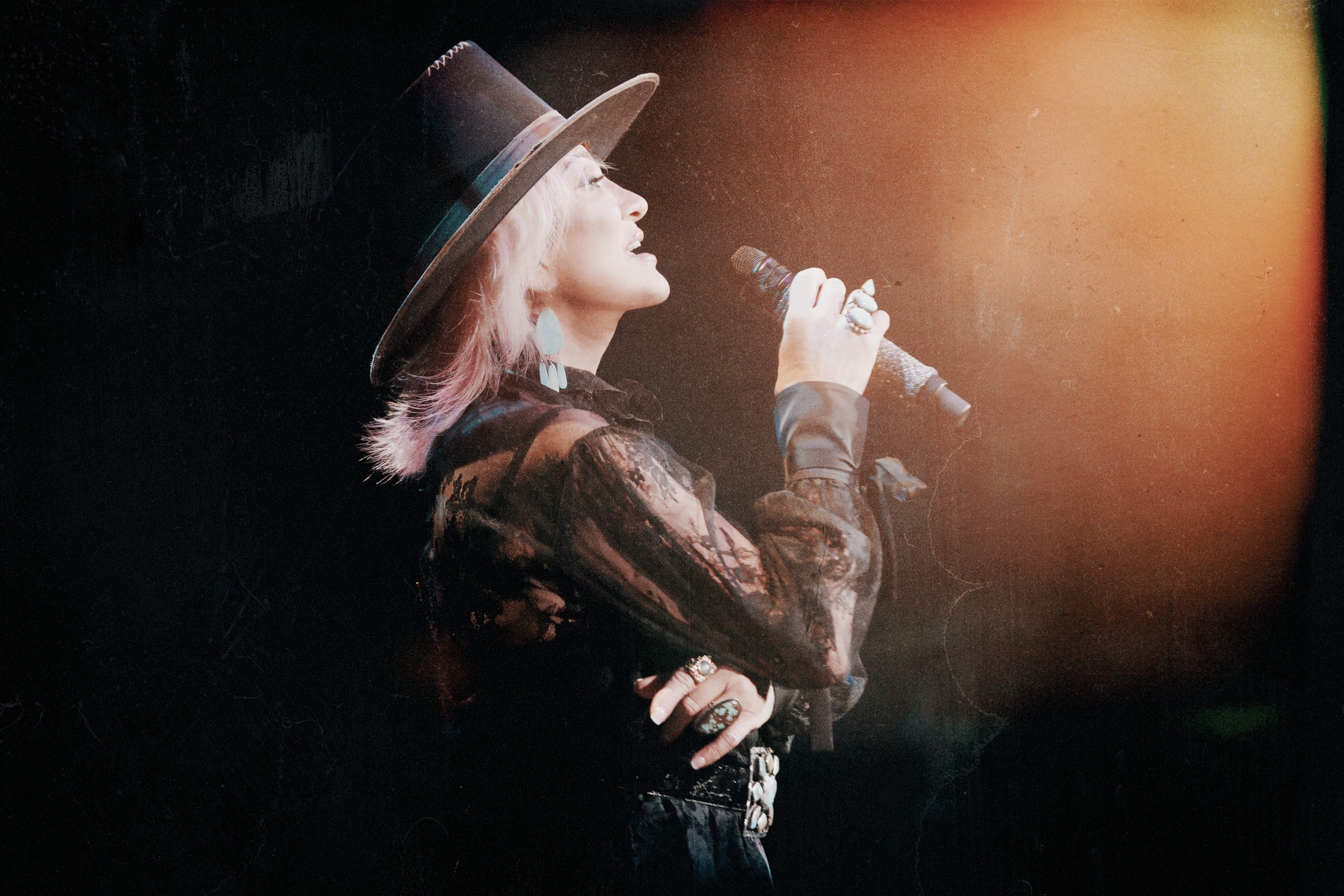 Attention, film lovers! The Nashville Film Festival has revealed a robust slate of feature-length and short films with ties to Tennessee for the 53rd annual event, September 29 through October 5, 2022. The fall gathering of filmgoers in Music City will begin with the Brandi Carlile-produced documentary The Return of Tanya Tucker as the gala opening on Sept. 29 and end with director Sacha Jenkins’ Louis Armstrong’s Black & Blues for closing night on Oct. 5.

The 53rd Nashville Film Festival will take place in three venues in and around Nashville, including the Belcourt Theater, the TPAC Andrew Johnson Theater and the historic Franklin Theatre. A portion of this year’s full program will be available to screen virtually for audiences to enjoy from the comfort of home.

Some of this year’s highlights include Nikyatu Jusu’s Nanny, which won the Grand Jury Prize at this year’s Sundance Film Festival; the Dolly Parton-led documentary Still Working 9 to 5; the LeVar Burton/Reading Rainbow doc Butterfly in the Sky; Cannes hit Aftersun; the family drama Acidman starring Thomas Haden Church and Dianna Agron; and well-received Sundance music doc Meet Me in the Bathroom: Rebirth and Rock and Roll in New York City 2001-2011.

Beyond the traditional film festival, which is slated to feature 125 feature-length and short films across every genre, NashFilm will again host events and programs that highlight the many aspects of filmmaking, including: a Screenwriting Competition (September 30-October 6); a Music  Program (virtual panels, workshops and more, September 29-October 1); the Creators Conference (film industry panels and conversations, September 30 – October -2); and live music performances and new artist showcases throughout the week.

The Return of Tanya Tucker
(dir. Kathlyn Horan)
Decades after Tanya Tucker slipped from the spotlight, music star Brandi Carlile takes it upon herself to write an entire album for her hero based on Tanya’s extraordinary life, spurring the greatest comeback in country music history.

Nanny
(dir. Nikyatu Jusu)
Immigrant nanny Aisha, piecing together a new life in New York City while caring for the child of an Upper East Side family, is forced to confront a concealed truth that threatens to shatter her precarious American Dream.

Aftersun
(dir. Charlotte Wells)
Sophie reflects on the shared joy and private melancholy of a holiday she took with her father twenty years earlier. Memories real and imagined fill the gaps between as she tries to reconcile the father she knew with the man she didn’t.

Louis Armstrong’s Black & Blues
(dir. Sacha Jenkins)
This definitive documentary honors Armstrong’s legacy as a founding father of jazz, one of the first internationally known and beloved stars, and a cultural ambassador of the United States.

Sick of Myself
(dir. Kristoffer Borgli)
Signe lives without ambition, but when her partner suddenly experiences massive success as an artist, she goes uncomfortably far to create a more interesting identity.

Mars One
(dir. Gabriel Martins)
A Brazilian family copes with an uncertain future as a far-right conservative leader rises to power. Through this time of turbulent change, the family’s optimism and deep capacity for love guides them through.​

The Cow Who Sang a Song into the Future
(dir. Francisca Alegria)
When the long-deceased Magdalena (Mía Maestro, Frida, The Motorcycle Diaries) bubbles up to the surface of a polluted river gasping for air, her shocking return sends her family into turmoil while also offering an opportunity for healing in this poignant and stunning magical realist tale.

Beautiful Beings
(dir. Guðmundur Arnar Guðmundsson)
Addi, a boy raised by a clairvoyant mother, decides to adopt a bullied misfit into his gang of outsiders.​

The Integrity of Joseph Chambers
(dir. Robert Machoian)
Insurance salesman and family man Joseph Chambers wants to acquire the skills to be able to take care of his family in case of an apocalypse. What starts as an experiment to prove himself as a capable father and husband turns into a nightmare as Joe finds himself faced with a terrible choice that he must make.

Carol & Johnny
(dir. Colin Barnicle)
Johnny and Carol robbed 56 banks together. After decades apart, they navigate their new lives outside prison walls. This story is about how some people change and some people don’t.

Your Friend, Memphis
(dir. David Phillip Zucker)
Memphis, a millennial with cerebral palsy, journeys in search of work, love, and freedom. Caught between the world’s expectations and his own ambitions, YOUR FRIEND, MEMPHIS reveals the power of dreams to sustain us, and how to persist when they don’t come true.

Relative
(dir. Tracey Arcabasso Smith)
Unraveling a complex tapestry of vulnerability, shame, and love, the filmmaker discovers a pervasive history of multigenerational sexual abuse in her Italian-American family. As decades of secrets, home-movies, and long-avoided conversations surface, a family bound by loyalty and tradition forges a new path forward.

Outta The Muck
(dirs. Bhawin Suchak, Ira Mckinley)
Told through stories that transcend space and time, Outta The Muck presents a community, and a family, that resists despair with love, remaining fiercely self-determined, while forging its own unique narrative of Black achievement.

Calendar Girls
(dirs. Maria Loohufvud, Love Martinsen)
Florida’s most dedicated dance team for women over 60, shaking up the outdated image of “the little old lady,” and calling for everyone to dance their hearts out, while they still can.

Friday I’m In Love
(dir. Marcus Pontello)
In Houston, Texas a historic nightclub thrives amidst the backdrop of cultural intolerance, serving as a gathering spot of acceptance and alternative music for forty 40-plus years.

Meet Me In The Bathroom
(dirs. Will Lovelace, Dylan Southern)
An immersive journey through the New York music scene of the early 2000s. A new generation kick-started a musical rebirth for New York City that reverberated around the world.

Immediate Family
(dir. Denny Tedesco)
“Immediate Family” is the true story of a group of close friends who became the studio band to the biggest stars of the 1970s and beyond.   This documentary chronicles the next wave of studio players to follow in the footsteps of 60s session icons, The Wrecking Crew.

And Still I Sing
(dir. Fazila Amiri)
Controversial Afghan pop star and activist Aryana Sayeed mentors young hopefuls as they prepare to appear on a hit TV singing competition show. As the show’s female contestants Zahra Elham and Sadiqa Madadgar are on the verge of their dreams becoming reality, the Taliban returns to power.

Straighten Up and Fly Right
(dirs. Kristen Abate, Steven Tanenbaum)
In a funk, Kristen, a physically disabled New York woman, walks dogs for a living but dreams of being a writer. When her life starts to unravel, she must make a choice to fall apart or straighten up.

The Year Between
(dir. Alex Heller)
Follow college sophomore Clemence Miller, who is diagnosed with bipolar disorder and forced to return home to her sleepy Illinois suburb after suffering a mental breakdown.

Hannah Ha Ha
(dirs. Jordan Tetewsky, Joshua Pikovsky)
Hannah lives a content, hard-working life in the small town where she grew up. To her visiting older brother, she’s just wasting her time. As their Summer together winds down, Hannah gets what wasting time really means.

Robe Of Gems
(dir. Natalia López)
In the countryside of Mexico, three women seek redemption when the case of a missing person leads them down a path of irrevocable tragedy and violence.

Piggy
(dir. Carlota Pereda)
In a rural Spanish town, a teen girl’s weight makes her the target of incessant bullying. After fleeing them at the town pool, she stumbles upon her tormentors being kidnapped by a mysterious stranger.

Rounding
(dir. Alex Thompson)
When a motivated resident doctor transfers to a rural hospital for a fresh start, his demons follow him as he becomes consumed with the case of a young asthma patient.

The Civil Dead
(dir. Clay Tatum)
A misanthropic, struggling photographer just wants to watch TV and eat candy while his wife is out of town, but when a desperate old pal resurfaces, his plans are thwarted, with spooky consequences.

Follow Her
(dir. Sylvia Caminer)
An aspiring actress responds to a mysterious classified ad and finds herself trapped in her new boss’ twisted revenge fantasy.

SPEAKING OUT, STEPPING UP: 3 FILMS OF EMPOWERED WOMEN

In the Bones
(dirs. Kelly Duane de la Vega, Zandashé Brown)
N THE BONES is a cinematic journey through Mississippi that provides a poetic and sometimes painful portrait of American culture through the ordinary lives of women and children.

Alta Valley
(dir. Jesse Edwards)
To save her dying mother, Lupe, a Mexican-Navajo mechanic bands together with an outlaw cowgirl. Together they must travel across the desert, outrun criminals, and confront a corrupt landowner.

The Light We Share
(dirs. Mattie Waters, Jules Downum)
Every person has a story that is vivid and complex – full of struggle and triumph. This visual album style film highlights stories from everyday people, inviting us to look at one another with more curiosity and empathy.

I Can Feel You Walking
(dir. Rachel Lambert)
Two broke and broken neighbors in a South Nashville duplex are tested when a crisis forces them to finally meet.

Jacir
(dir. Waheed AlQawasmi)
A young Syrian refugee on the streets of Memphis, Tennessee faces the hard truth in chasing the American dream, while living in poverty, witnessing social injustice and his neighbor’s addiction to opioids.

For more information and to purchase passes, visit www.nashvillefilmfestival.org. 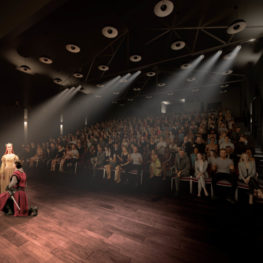 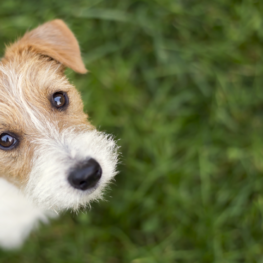 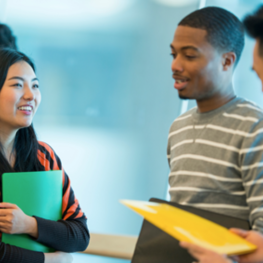 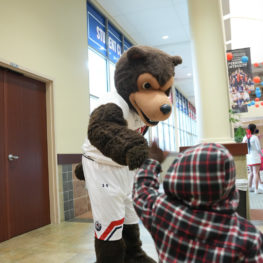