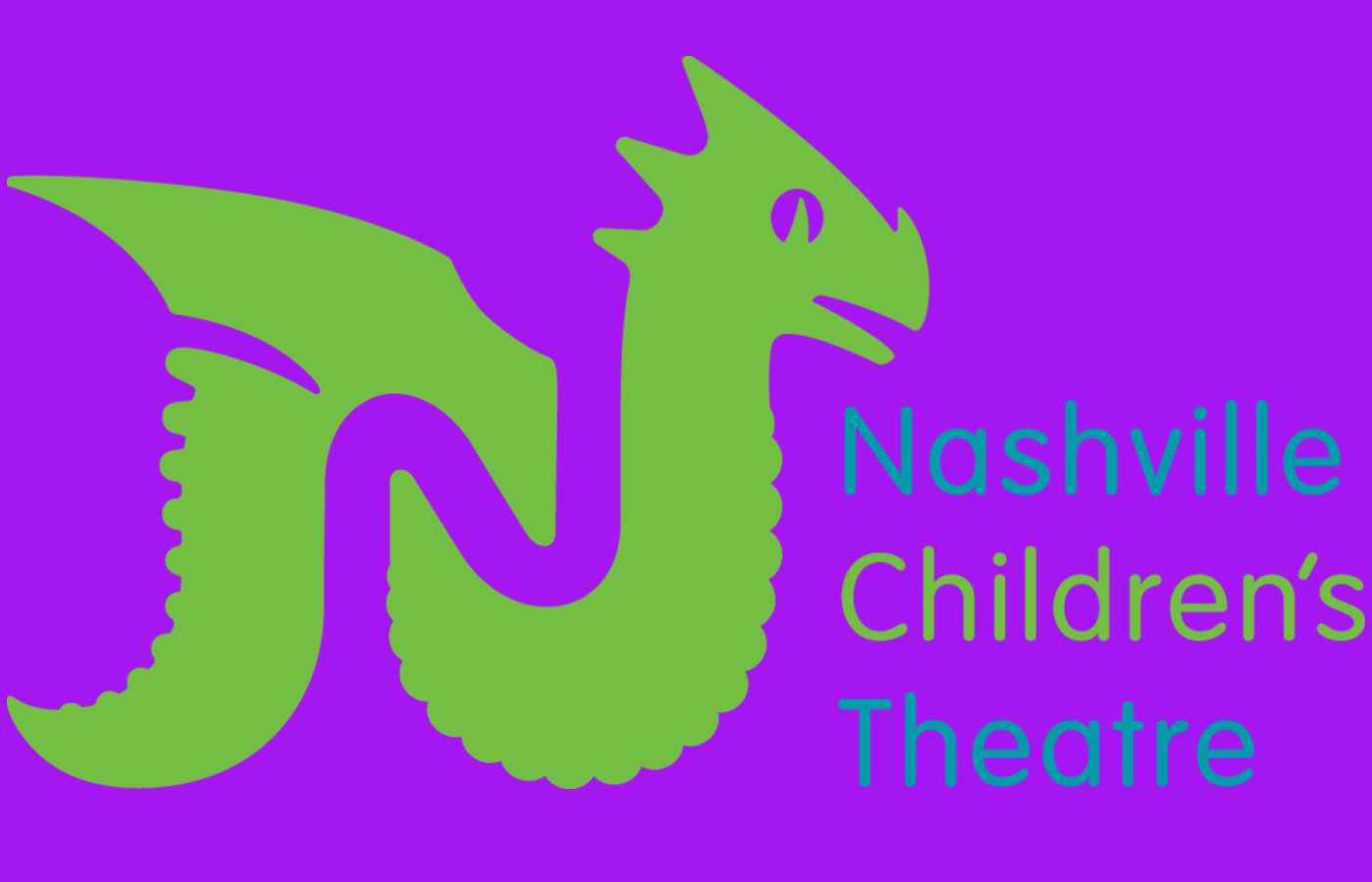 "From places as magical as the North Pole to as familiar as their own backyards, the characters in the new season's selections take action," says Ernie Nolan, NCT's executive artistic director. "They find themselves at crossroads and grapple with issues both personal and public. After witnessing our heroes make bold choices, I'm hoping our audiences, both young and adult, will be inspired to take a stand and likewise be brave enough to act on what they believe in. NCT has 'taken action' and is producing four brand new productions that Nashville audiences will be the first to see!" he adds. 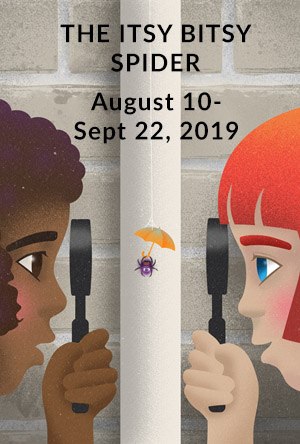 The Itsy Bitsy Spider
A Snuggery Performance World Premiere
August 10 – September 22, 2019
By Ernie Nolan
The itsy bitsy spider climbed up the water spout … but what happened next? Follow two green-thumbed gardeners as they learn patience and perseverance from a determined eight-legged hero. A favorite childhood song comes to life in this interactive, immersive theatrical experience especially designed for the youngest of theater goers! 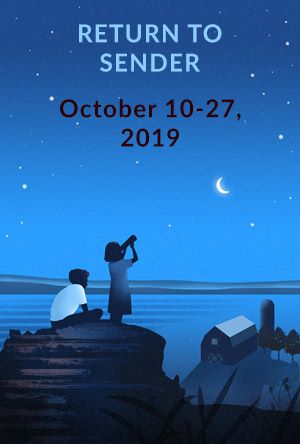 Return to Sender
A Hatchery Production World Premiere
October 10 – 27, 2019
Based on the novel by Julia Alvarez
Adapted by Marisela Treviño Orta
The family of 11-year-old Tyler has farmed for generations. Eleven-year-old Mari is the Mexican-born daughter of undocumented migrant workers. When Mari's family is hired to help save Tyler's family's farm from foreclosure, both of the young people are forced to confront the complexities of immigration and citizenship. Co-commissioned by NCT and the Center for Latin American Studies at Vanderbilt, this story is a powerful reminder of how young people can reach hands across cultural differences and find understanding. 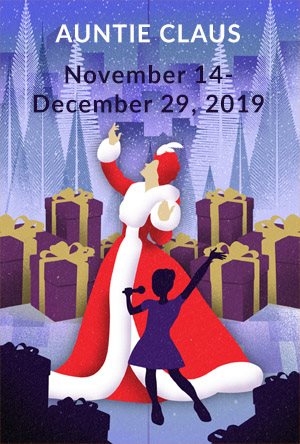 Auntie Claus
A Hatchery Production World Premiere
November 14 – December 29, 2019
Book and Lyrics by Marcy Heisler
Music by Zina Goldrich
Adapted from the book by Elise Primavera ©1999 in arrangement with the author
There's something mysterioso about Sophie Kringle's glamorous great aunt. She serves Christmas cookies at teatime, even in July, and there's always that secretive "business trip" every year around the holidays. Determined to get to the bottom of Auntie Claus' eccentric ways, Sophie embarks on an adventure that leads straight to the heart of the holidays. This world premiere musical was commissioned for Nashville audiences and is a holiday event for the whole family. 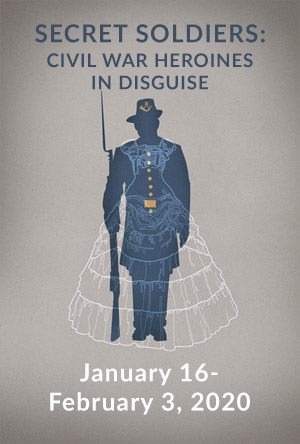 Secret Soldiers: Civil War Heroines in Disguise
Nashville Premiere
January 16 – February 3, 2020
By Wendy Lement
While the Civil War rages outside the walls of the Marine U.S.A. General Hospital, another conflict arises inside. A nurse has discovered that injured Private Lyons Wakeman is actually Sarah Wakeman, a woman! Should the hospital registry be changed creating proof that women can fight in battle? Or should it stay intact so Sarah can receive her earned pension and her family avoid shame? This play is based on more than 250 military accounts of women who fought as Union soldiers. At each interactive performance, the audience will hear testimony from historical characters like Harriet Tubman and members of the first African-American regiment, act as jury and deliver the verdict of Private Lyons' fate. 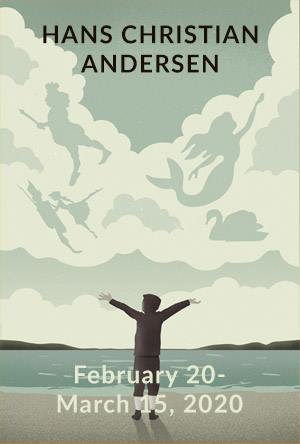 Hans Christian Anderson
World Premiere
February 20 – March 15, 2020
Music and Lyrics by Frank Loesser
Additional Lyrics and Book by Timothy Allen McDonald
Thirteen-year-old Christian Andersen is the first commoner ever chosen by the King of Denmark to study at the Royal Academy, but he isn't sure he wants to go. However, royal students have shoes without holes in them … and books; Christian can't even afford paper. Plus, his new teacher is rumored to be meaner than a sea witch. Based on the real life of Hans Christian Andersen, this world premiere musical, featuring a score by legendary Broadway composer Frank Loesser and an original libretto by Timothy Allen McDonald, follows Hans' journey from poor storyteller to one of the most celebrated writers of all time. 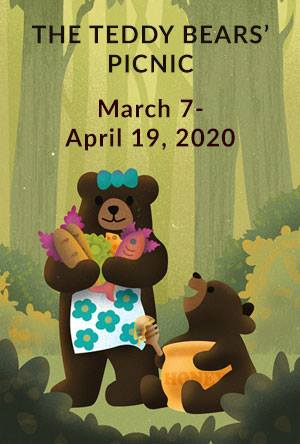 The Teddy Bears' Picnic
A Snuggery Production Nashville Premiere
March 7 – April 19, 2020
By Ernie Nolan
Mama and Buddy Bear invite you and your "youngin" to a unique theatrical experience! Be placed in an intimate and magical playground where everyone is part of the action at The Teddy Bears' Picnic. When complications arise with Mama's Special Surprise, the Bear Family sets off on a plan, with the audience's assistance, to make all that is wrong right again. Join them in the festivities as they prepare to dine, dance The Teddy Bear, and deliver an unforgettable day! 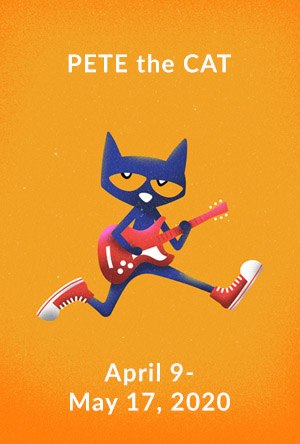 Pete the Cat
Nashville Premiere
April 9 – May 17, 2020
Book and Lyrics by Sarah Hammond
Music by Will Aronson
Based on the Pete the Cat series of books by Kimberly and James Dean
When Pete the Cat gets caught rocking out after bedtime, he's sent to live with the Biddle family to learn his manners. He gets the whole family rocking except for young Jimmy Biddle, the most organized second grader on planet earth. When Jimmy draws a blank in art class, however, Pete is the perfect friend to help him out! Together, they set out to help Jimmy conquer second grade art, and they learn a little something new about inspiration. Join Jimmy and Pete on an adventure of friendship, all the way to Paris and back in a VW Bus!

NCT offers two different season memberships, and they go on sale Friday, April 5. Current NCT members in the 2018 – 19 season can renew their membership at discounted prices now through Thursday, April 4. The two membership levels are:

*  12 tickets to use anytime in the season — for youth or adult
*   Freedom to purchase additional individual tickets at $17 each throughout the 2019 – 20 season
*   Six coupons for friends to buy a ticket at 20% off
*   Priority registration for The NCT Drama School, plus 10% off tuition
*   Ability to reserve specific seats and performance dates before the general public can begin buying tickets
*   Free ticket exchanges (a $5 per exchange charge for non-members)
*   Perks for Diamond Members Only:
*   20% off NCT-branded merchandise
*   Ability to purchase additional tickets to see Pete the Cat for only $15

*   10 tickets to use anytime in the season — for youth or adult
*   Freedom to purchase additional individual tickets at $17 each throughout the 2019 – 20 season
*   Four coupons for friends to buy a ticket at 15% off
*   Priority registration for The NCT Drama School, plus 10% off tuition
*   Ability to reserve specific seats and performance dates before the general public can begin buying tickets
*   Free ticket exchanges (a $5 per exchange charge for non-members)