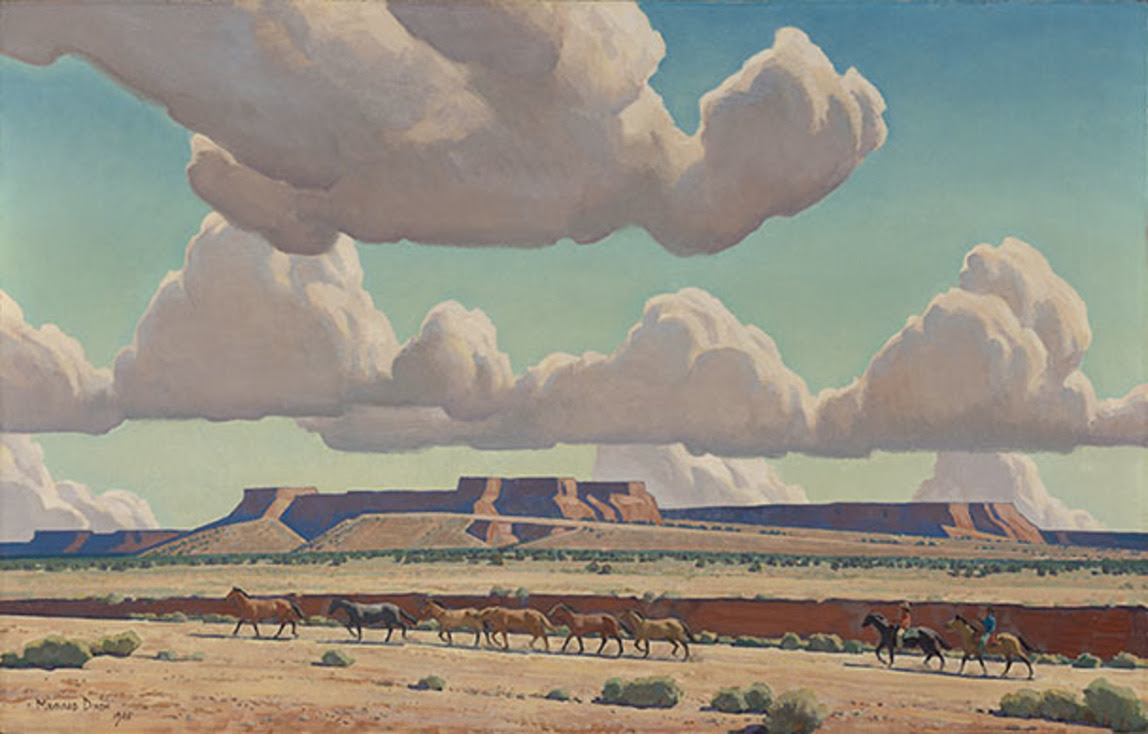 The Frist Art Museum presents Creating the American West in Art, an exhibition of nearly 80 paintings and sculptures ranging in date from 1822 to 1946 and made by such notable artists as Albert Bierstadt, Thomas Moran, Frederic Remington, Charles Marion Russell, E. Irving Couse, Robert Henri, John Sloan and Maynard Dixon.

Drawn from the Petrie Institute of Western American Art at the Denver Art Museum, the exhibition will be on view in the Frist Art Museum’s Upper-Level Galleries from March 5 through June 27, 2021.

For many, the words “American West” have long conjured a concept as much as a location. Throughout the 19th and 20th centuries, depictions of the people, landscapes, and wildlife of the West fostered a sense of American identity that was rooted in a pioneering spirit of adventure and opportunity.

Most of the artists represented in this exhibition spent years studying in Europe—predominantly Italy, Germany, and France. They returned to the United States, however, determined to distinguish themselves through uniquely American subjects.

“Depictions of the West made in an array of styles over the course of 150 plus years crystallized key components of American history and mythology, including the concept of manifest destiny and American exceptionalism,” says Frist Art Museum curator Katie Delmez. 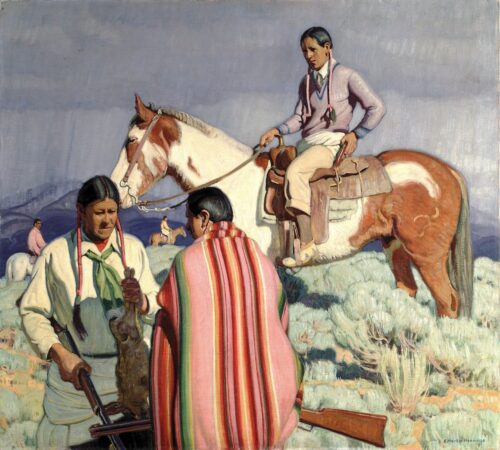 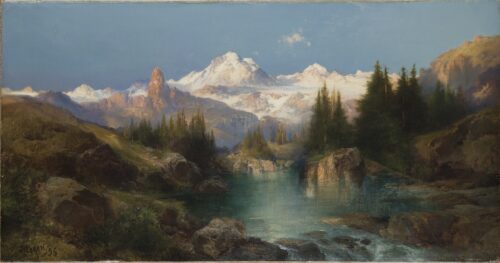 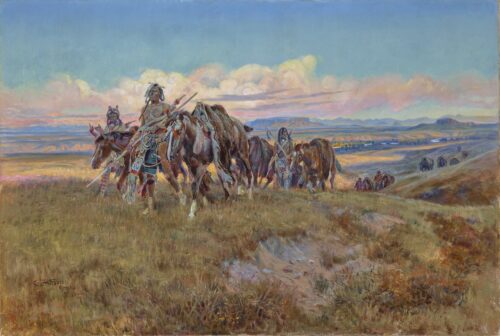 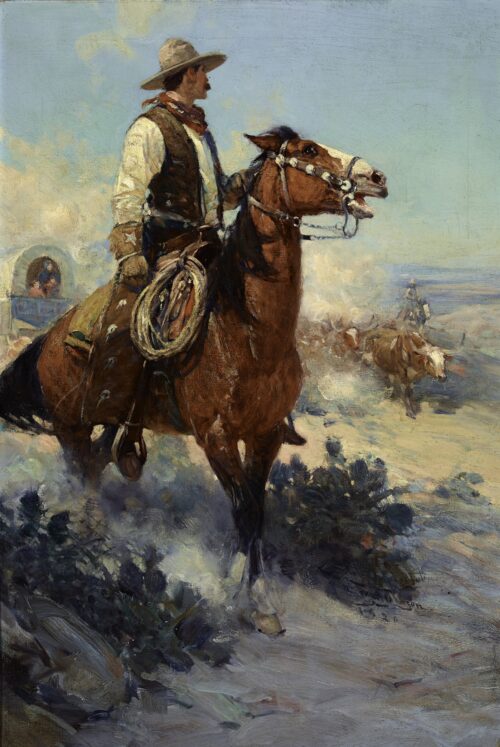 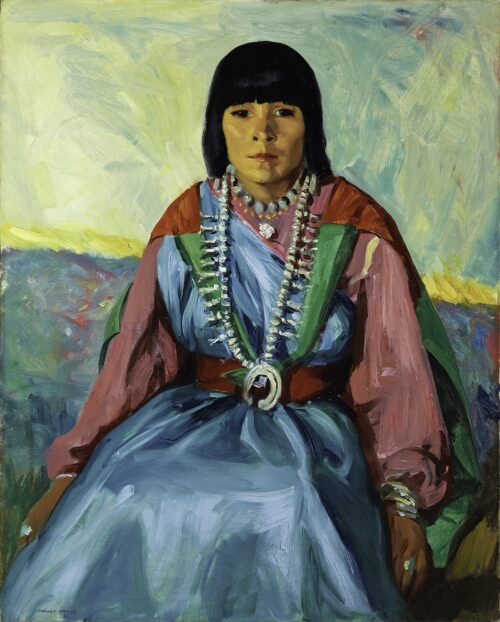 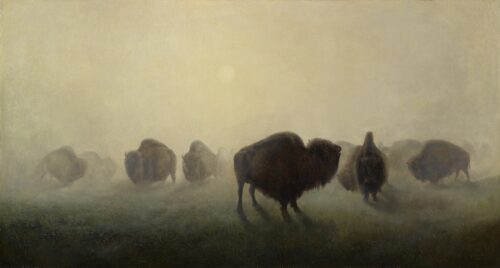