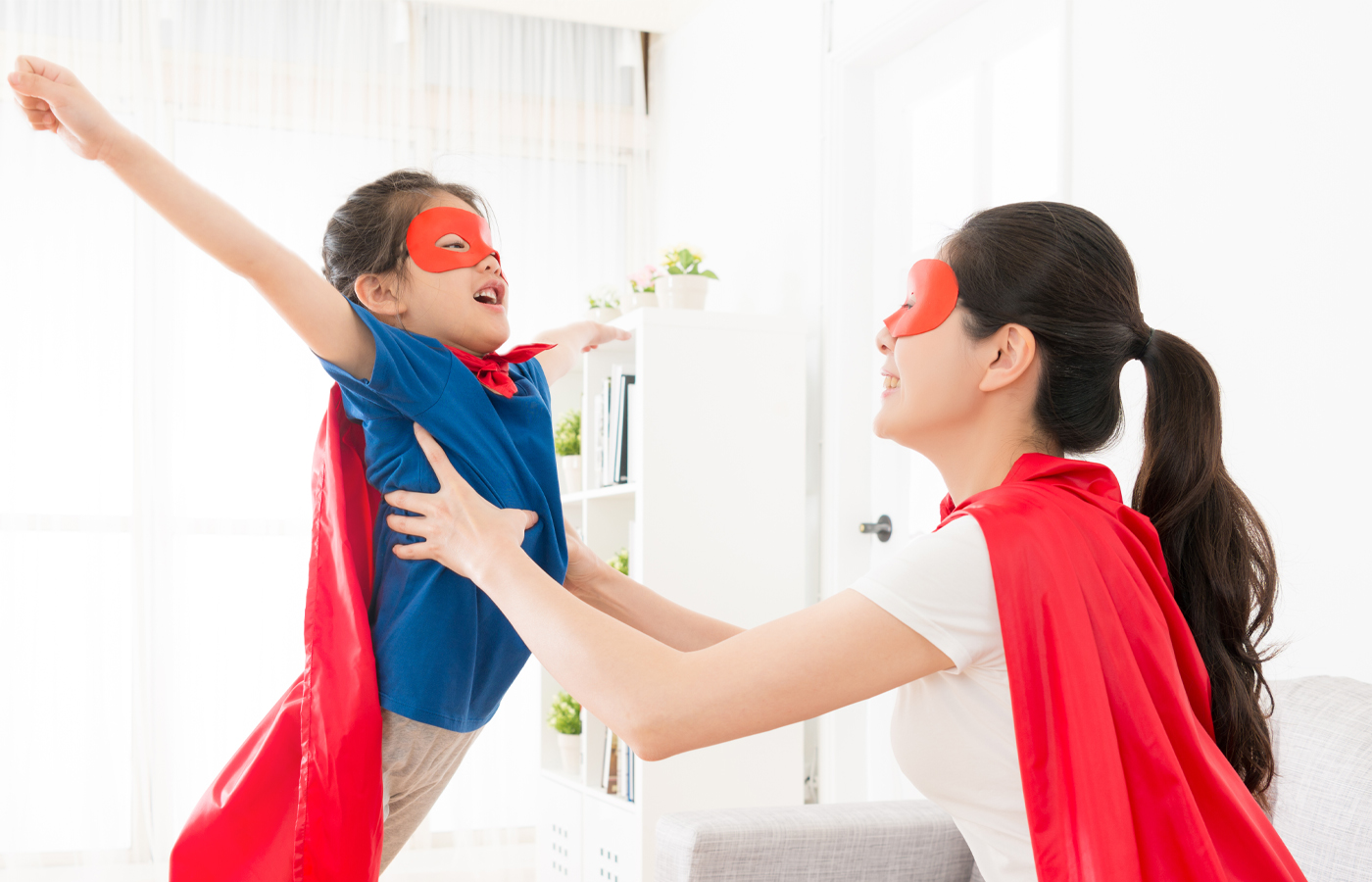 Let's kick this off with something fun. Like … "What Your Mom Super Power Would Be." It's a little something fun that's based on your zodiac. Go on, check it out. Then, compare it with these parenting styles to see how you stack up.

Are you an attachment parent? A helicopter parent? A free-range parent? An authoritative parent? An evolutionary parent? A tiger parent? A just-like-my-mom-did-it parent? Having a parenting style is a great way to help you develop as a mom or dad. When you first have a baby, you’ve already had the chance to observe other parents with their kids. You may have decided that you don’t want to do it “that way.” Or you may already know that you don’t want to parent the way your parents raised you. Having your own guiding set of principles is helpful for the journey ahead!

IS ONE STYLE BEST?

So what’s the best parenting style? Psychologists may believe that an authoritative parenting style hits the sweet spot. “The authoritative style seems to be the most beneficial for successful growth and development,” says Javiette Samuel, Ph.D., an assistant professor at Tennessee State University. “This style recognizes that the parent has the ultimate power and control. At the same time, it takes the child’s thoughts, feelings and perspective into account.” But not all moms and dads are authoritative from the get go … and some don’t think they have much back bone at all for their kids. “As long as you are clear and honest with your child, you can be authoritative,” says Betsy Brown Braun, author of You’re Not the Boss of Me: Brat-Proofing Your 4- to 12-Year-Old Child (William Morrow, 2010). “But remember, there’s no such thing as perfect!” she adds.

DON’T BE TOO HARSH

One of the hardest parts about being a parent — and embracing a parenting style — is wondering if how you’re doing things will lead your child to become a happy, well-adjusted adult — or if he’ll end up in years of therapy. Moms can spend an excess amount of time second guessing themselves, though they quickly snap to when their child gets hurt. Talk about a parenting style: How you approach your sobbing child with a boo-boo is actually a bigger deal than you may think. Studies suggest comforting a crying child is better for their long-term development than telling her to suck it up, for instance. While it’s tempting to roll your eyes when your child treats his skinned elbow like a broken arm, a little snuggling is actually better for him. In a 2013 National Institute of Mental Health study of preschoolers, researchers found when parents acted harshly to their child’s negative emotions, those kids tended to have more meltdowns and intense emotional reactions to things. They found that kids whose parents didn’t comfort them when they were upset found it “relatively difficult to behave in a socially competent manner.” And while comforting a kid who’s still wailing over spilled milk five minutes later is annoying, soothing him will pay off better in the long run — more so than yelling at him for spilling the milk in the first place. Obviously he didn’t WANT it to happen.

SO, WHAT’S YOUR STYLE?

Psychologists say parents fall into four different styles as parents: authoritarian, authoritative, uninvolved/neglectful or permissive. The way you parent influences your child in dramatic ways. For example, if your style is uninvolved/neglectful, the consequences may be that your child’s left feeling lonely, with low self-esteem and with little self-control as an adult. By contrast, permissive parents who act like their child’s friend, often fail to serve as a strong figure with set rules or expectations leaving kids unsure of expectations. While the authoritative parent sets high expectations for her kids, the authoritarian parent has trouble letting a kid develop by himself. Ultimately the “best” parenting style may be a combo of all the above, but it’s important to recognize that you’re in control of your kids until they can be safely in charge of themselves. “It is important to remember that parental control is not negative,” says Samuel. “When used in a warm and loving manner, it neither hinders growth and development nor dominates children. Rather, it helps children understand and respect boundaries, their role as the child and the adult’s role as the parent,” she says.