Bellevue's getting a new public street hockey rink this June. 🏒

The Nashville Predators announced the development of a new, public street hockey rink located next to the Bellevue Family YMCA and FiftyFoward J.L. Turner Center, a short drive from Ford Ice Center Bellevue. Construction on the rink, also called a dek hockey rink, is set to begin in early April, and the facility is scheduled to open in June. The project is being funded through the NHL and NHLPA’s Industry Growth Fund, which awarded $504,000 to the Predators and Ford Ice Centers in October for investment in the development of youth hockey in Middle Tennessee.

“Since we opened the Ford Ice Centers, we’ve seen the overwhelming positives of giving kids and adults a safe venue to stay active and learn the game of hockey,” Predators Senior Vice President of Tickets, Premium Sales and Youth Hockey Nat Harden said. “We are thankful for the NHL, NHLPA and the Bellevue YMCA for partnering with us to give back to our community and for helping us provide another fun and safe outlet for people in Middle Tennessee to enjoy the sport we all love.

The street hockey rink will allow the Predators to expand on their vast programming already in place on the ice at both Ford Ice Center locations in Antioch and Bellevue. In addition to hosting street hockey leagues and tournaments, the Predators will provide free learn-to-play opportunities at the facility and continue their effort to grow the game at the grassroots level.

Completion of the facility, which will be done with the help of American Constructors and Ragan Smith, will also further help the Predators develop programs that were initially created to break down barriers for participation in hockey in our community. In the last half decade, with the addition of Ford Ice Center Bellevue bringing two more ice sheets to Middle Tennessee and Ford Ice Center Antioch’s sustained growth, youth hockey participation in the state has risen at an exponential rate, with many of the Predators’ current programs initially funded in part by a previous IGF grant that was awarded to the organization in November 2015.

“This street hockey rink is the culmination of dedicated individuals and organizations coming together to enhance the programs and services available in our community,” Bellevue Family YMCA and FiftyForward J.L. Turner Center Executive Director Sam Stephens said. “Our YMCA is grateful to the Preds for their support of our non-profit organization, and we are honored to be part of a partnership that will only enhance our ability to deliver on our mission of helping people grow in spirit, mind and body in a unique, new way.” 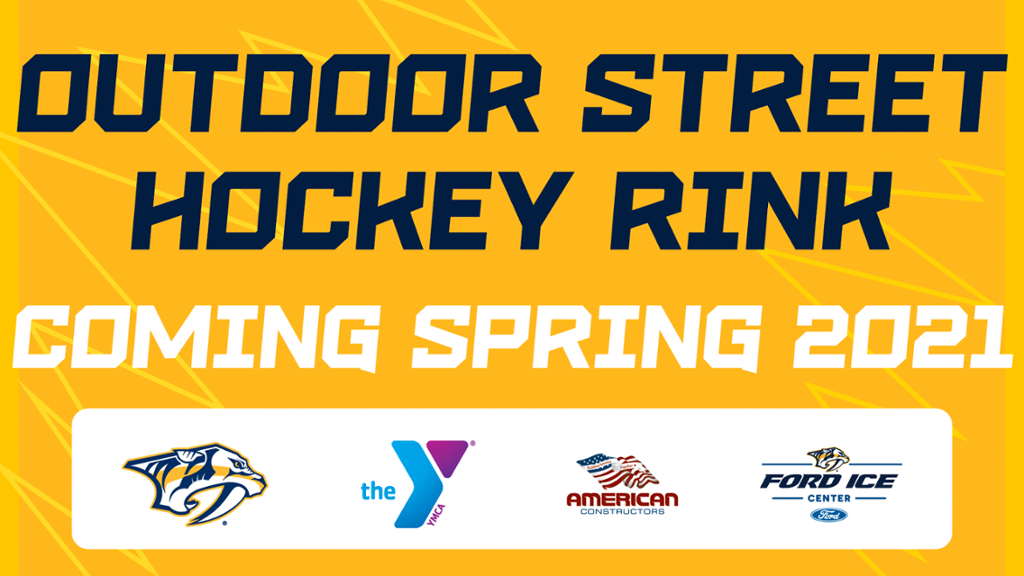