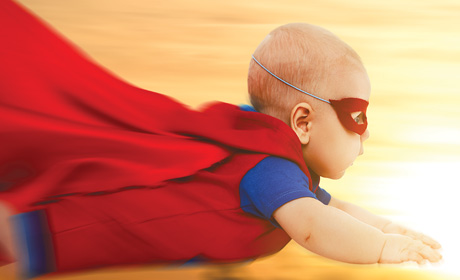 Watching the Olympics one summer, I wondered how a kid grows up to perform an amazing blur of twists and somersaults off a high dive? A weanie such as I can’t muster the courage to even try a front flip. For us regular earth-bound types, sensation-seeking toddlers boggle the mind. Our healthy senses of caution keep our feet firmly on the ground. But for moms and dads who find a pint-sized adventurer on their hands, it’s enormously challenging to safely navigate the world with him. They don’t want to stifle their little toddler's spirit, but they also can’t let him get hurt.  It’s a fine line of “Yes” and “OK” and most times “No.” Parents realize that some children are born risk-takers. But while scientists speculate that sensation seeking probably has a genetic component, pinpointing it has not yet been done. So we have to rely on what others can tell us about it. If you have an extremely adventurous toddler on your hands, it’s not all bad news. “A thrill-seeker wants to master a task,” said the late renowned psychologist and author on resiliency, Edith Grotberg. “And the progress of any society depends on people who risk failure and rejection to try new things,” she added. But for moms and dads in the trenches with risk-taking toddlers, failure to try new things isn’t the issue. Stopping the child from trying new and dangerous things is, short of tying him up on a leash. Wisdom can be gleaned from other parents in the same shoes as you. Gymnastics Helped “My daughter (Annie) was climbing well before she was walking,” says local mom April Laverty. “When she was climbing the playground wall before she was 2 and trying to leap large toys in a single bound, I knew something had to be done. I decided to find an environment where she could learn to play safely while taking risks and where I could learn to help her.” For the Lavertys, that meant gymnastics. “We couldn’t watch her every single second, so we decided to help her be a better climber,” Laverty says. Gymnastics seemed to quench Annie’s thirst for tumbles and heights. “One of the first and most beneficial lessons she learned was how to land properly when jumping, tumbling and so on,” Laverty says. “And I learned how to keep her safe when she attempted behaviors like swinging from bars and leaping from new heights.”      Sticks, Walls and Jumps “It can be very tough on a mom to handle a child who seems to fear nothing and who loves running wild,” says local mom Deb Wright of Hendersonville. “My oldest son Darryl (now age 16) was a daredevil. He always seemed to have a stick in his hand. As soon as I’d take it from him, he’d find a new one,” she says. Wright learned that she couldn’t fight against who Darryl was. “Once I realized that it was in his nature to run, climb and jump, I found it easier to cope with the situation,” she says. “By taking him to places where he could enjoy these things without hurting himself, I freed myself from running after him all the time. I also made our yard a safe place where he could experiment. He loved walking on the wall and jumping from there. Although he often had bumps and bruises, he never sustained any serious injuries.” A Refrigerator Perch And then there are those mind-boggling startling moments of HOW DID YOU DO THAT? “My son started climbing before he could walk,” says local mom Loree Harkins of Nashville. “At around 16 months, I found Samuel sitting on top of the refrigerator helping himself to a box of crackers I had stashed up there! At 4, he is still a daredevil to some extent. He loves jumping and almost always has a few bruises on his legs or arms. “We allow him to jump on one of our older couches — he likes to pile pillows (my body pillow and pregnancy pillow are getting a lot of use) on the floor and jump from the couch onto the pile.” Outside play was even more work for Harkins. “He was climbing off the roof of his playhouse,” she sighs. “We plan to get a wooden play set with a rock climbing wall, large slide, ladder, rings to hang from and other equipment when we can afford it,” says Harkins. “This might be another option for parents with kids like my son.” The question is, will your young thrill-seeker always have you pulling out your hair? Not necessarily, experts say. Give your kids supervised opportunities to test their limits, but also keep things in perspective. Don’t freak out about small physical risks, in other words, hover, but don’t always save. And when your child’s old enough to be away from you? Remember, says author Leonore Skenazy (Free Range Kids; 2010), “What happens at the playground today is pretty tame compared with what kids were doing 100 years ago like chopping wood.” 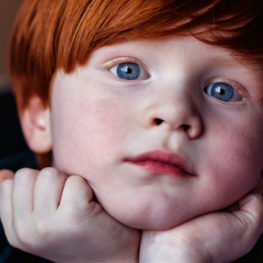 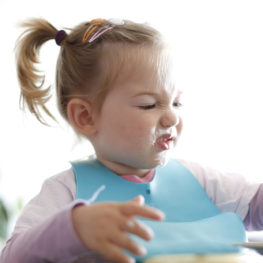 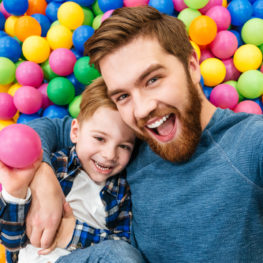 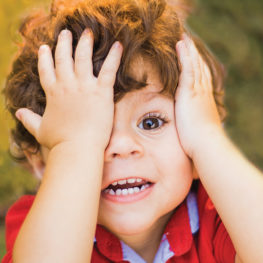