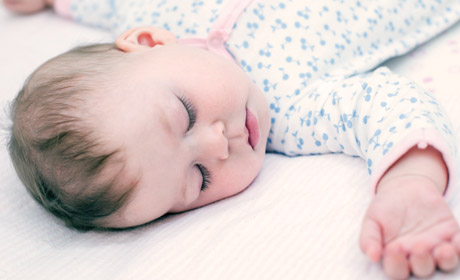 There are between 100 – 120 sleep-related deaths among infants in Tennessee each year; that’s one in five infant deaths being the result of unsafe sleep conditions, according the Metro Public Health Department in Nashville. And, according to the American Academy of Pediatrics (AAP), "More U.S. infants die each year from accidental suffocation than any other type of injury, and most of these cases occur in bed, according to Sleep-Related Infant Suffocation Deaths Attributable to Soft Bedding, Overlay, and Wedging, (Erck Lambert, AB, et al. Pediatrics. April 22, 2019, https://doi.org/10.1542/peds.2018-3408). The study reveals that about 69 percent of the suffocation cases involved soft bedding like a blanket or pillow; blankets were the most common followed by adult mattresses and pillows.

The Health Department’s Fetal Infant Mortality Review Program, in conjunction with children’s medical providers across the state, is striving to get the word out about its Safe Sleep initiative to parents, caregivers, first responders and healthcare providers.

In 2011, the AAP made its recommendation that all babies should sleep on their backs, in their own bed on a firm mattress with a fitted sheet and without any items like toys, blankets, bumpers, etc. The AAP says infants sleeping with an adult or another child is the most common factor associated with infant sleep-related deaths, and according to the Health Department, the majority of infant deaths in 2013 happened when babies were in the care of a non-parent caregiver.

The Safe Sleep initiative makes it easy for parents and caregivers to remember infant sleep safety:

All babies should A) sleep Alone, B) on their Back and C) in a Crib.

“Both side and stomach (prone) sleeping substantially increase the risk of sleep-related death. Infants sleeping prone are up to 13 times more likely to die than those who sleep on their backs (supine),” says Vicki DeVito, associate professor of pediatrics at Monroe Carell Jr. Children’s Hospital at Vanderbilt. DeVito says the risk increase may be a result of the baby re-breathing exhaled gases, causing high levels of carbon dioxide and low levels of oxygen; increased body temperature; and abnormal cardiovascular regulation.

“The AAP recommends the back sleep position for babies for every sleep period during the first year of life. When babies begin to roll from back to stomach, they may remain on their stomachs for the remainder of the sleep period,” DeVito adds, noting that once babies begin to roll, caregivers should eliminate any clothing, sleep sacks or swaddling that may restrict or prevent movement.

The co-sleeping factor is controversial for some due to a popular school of thought that bed sharing with an infant promotes bonding and breastfeeding.

“We recommend breastfeeding and support practices to promote bonding, however, because there are no clear benefits to bed sharing, but there are risks, the AAP recommends room sharing,” says DeVito. “Room sharing, not bed sharing, decreases the risk of SIDS by as much as 50 percent and can prevent suffocation, strangulation and entrapment that might occur when the infant is sleeping in an adult bed,” she adds, noting that other risk factors for babies in adult beds include blankets, pillows, soft bedding, parental fatigue, smoking, drug or alcohol use which may interfere with normal responsiveness.

Learn more about the Safe Sleep initiative at tn.gov/health/topic/safe-sleep. 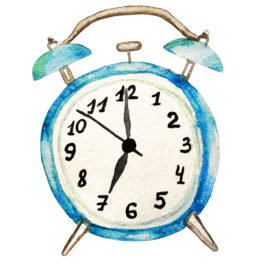 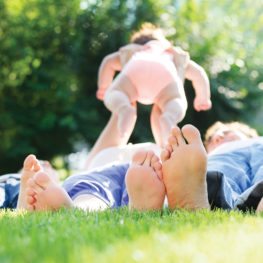 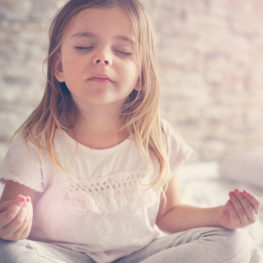 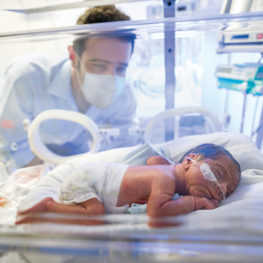