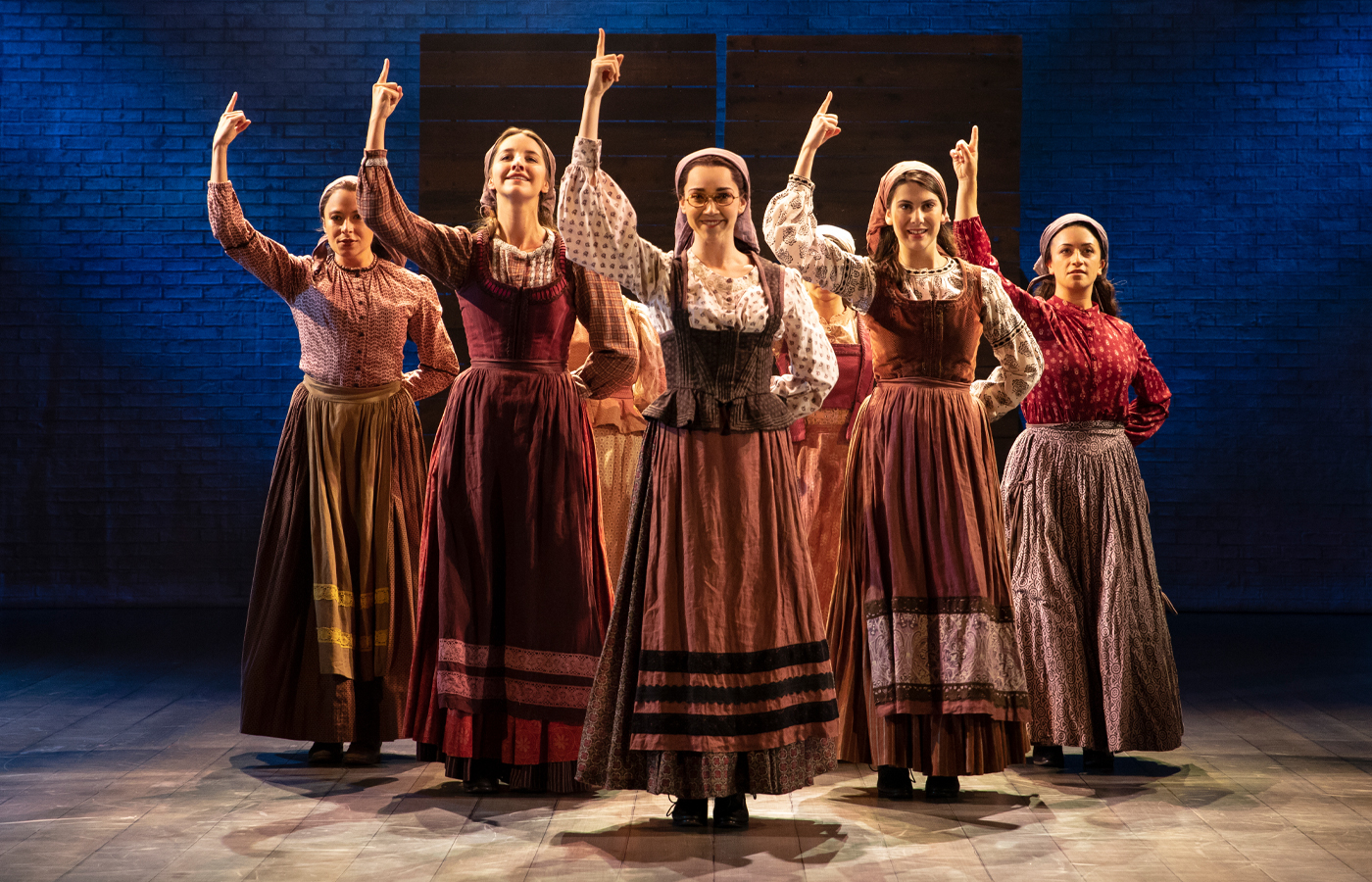 FIDDLER ON THE ROOF — TOP PICK IN NASHVILLE!
TPAC's Jackson Hall, Nashville
Friday, June 28 – Sunday, June 30
This musical centers on the father of five daughters and his attempts to maintain his Jewish religious and cultural traditions as outside influences encroach on the family's lives. READ CHAD YOUNG'S REVIEW.

KIDS' SUMMER MOVIE SERIES — TOP PICK IN SUMNER!
The Palace Theater, Gallatin
Friday, June 28
Enjoy a screening of Disney's classic animated film, Beauty and the Beast. The $4 ticket (cash only at the door) includes a small popcorn and drink.

MOVIE IN THE PARK
Pinkerton Park, Franklin
Friday, June 28
Bring chairs and blankets for an outdoor screening of Smallfoot.

KID CUDDLING
Noble Springs Dairy, Franklin
Saturday, June 29
Enjoy time on the dairy farm cuddling on and bottle feeding baby goats. Plus, you can encounter other baby farm animals and add on an optional, educational tour of the farm.

CHECK OUT THE CHILDHOOD CLASSICS EXHIBIT
Cheekwood, Nashville
Head up to the mansion's gallery space to explore Childhood Classics: 100 Years of Children's Book Illustrations. You and the kids can see original works of art from illustrators include Dr. Seuss, Maurice Sendak, Garth Williams, Sarah Noble Ives and many more. Relax in the "Reading Room" part of the exhibit where you'll find a table filled with storybooks and giant bean-bag chairs. While you're there, head on out to the gardens to have fun in the related Storybook Houses structures.

EXPERIENCE WAXSTOCK
Madame Tussauds, Nashville
The famous wax museum celebrates the 50th anniversary of Woodstock with three special wax figures whose real-life counterparts were part of the historic music festival — Janis Joplin, Jerry Garcia and Jimi Hendrix. You'll learn fun facts about each, and, of course, there are many more music icons immortalized in the museum. Kids will love seeing Alvin, Simon and Theodore in The Chipmunks display, and there's a new, interactive microphone that transform human voices into chipmunk ones!

EXPLORE THE DC
Discovery Center, Murfreesboro
There's a ton to do at the Discovery Center by way of it's permanent, hands-on stations and exhibit areas along with special exhibits like Sound of Music. This Saturday is Toy Story Day featuring themed activities. Launch a rocket, use your own claw to help aliens escape the claw machine, land on a target in the paratrooper drop game and more.

COOL OFF AT THE WATER PARK
Nashville Shores, Hermitage
Grab a 'tube and float the Lazy River and Wave Pool, then have fun zipping down the assortment of water slides.

TREAT THE KIDS TO WEENIE BRUNCH SUNDAY
I Dream of Weenie, East Nashville
Nashville's neatest hot dog stand serves up a special brunch menu on Sundays that includes tasty fare like the Hashbrown Casserole Weenie, Eggs Benny Weenie, French Toast Weenie, Weenie Eggs & Cheese, and more. Be sure to leave room for a cool treat, because the awesome Pied Piper Creamery is right across the street. Serving up local, artisan ice cream, Pied Piper has 12 signature flavors that are always available along with an assortment of rotating flavors. One of the permanent flavors kids who have a major sweet tooth love is the Trailer Trash. It's vanilla ice cream with Oreos, Twix, Butterfinger, Nestle's Crunch, Snickers, M&Ms and Reese's Pieces mixed in. They usually have a couple of wacky flavors that kids gravitate toward that involve sour candies and crazy combos.