Actors Point Theatre Company proudly presents the Tony awardwinning show Peter and the Starcatcher, September 17 – 19. Telling the story of how Peter becomes “Pan”, Sumner County’s Professional Theater company brings this show to life in the Sanders Ferry Park pavilion right on the lake. Bring the family, chairs, blankets, and your favorite food and enjoy an evening of theater under the stars.

Based on the novel by Dave Barry and Ridley Pearson, Peter and the Starcatcher explores how a young orphan ultimately became Peter Pan. The story is about how a miserable orphan comes to be "The Boy Who Would Not Grow Up" (a.k.a. Peter Pan). A wildly theatrical adaptation of Dave Barry and Ridley Pearson’s best-selling novels, Peter and the Starcatcher takes the audience on a thrilling journey, containing marauding pirates and jungle tyrants, unwilling comrades and unlikely heroes.

The twelve-person ensemble cast is led in the title role by Sam Kell, a local professional actor who is making his Actors Point debut. He is joined by Caitlyn Porayko in the role of Molly, the girl who helps him fly (and eventually becomes the mother of Wendy), and Antonio Nappo, another Nashville favorite, in the role of Black Stache, the pirate who becomes Captain Hook.

The show will be performed outdoors at Sanders Ferry Park (513 Sanders Ferry Rd, Hendersonville).Tickets can be purchased on the Actors Point Theatre Company’s website at actorspointtheatre.com; or by calling 615-431-9620; Prices are $15 for adults; $10 for seniors and students and $7 for children 12 and under. Group tickets are available. Performances are at 7:30 p.m. 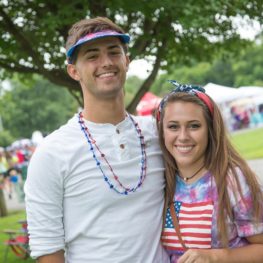 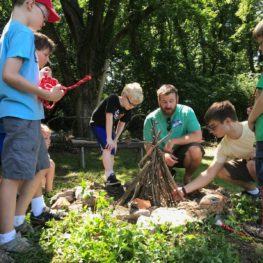 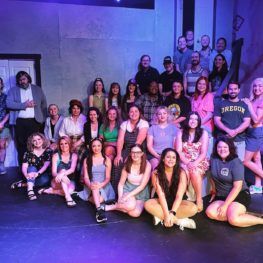