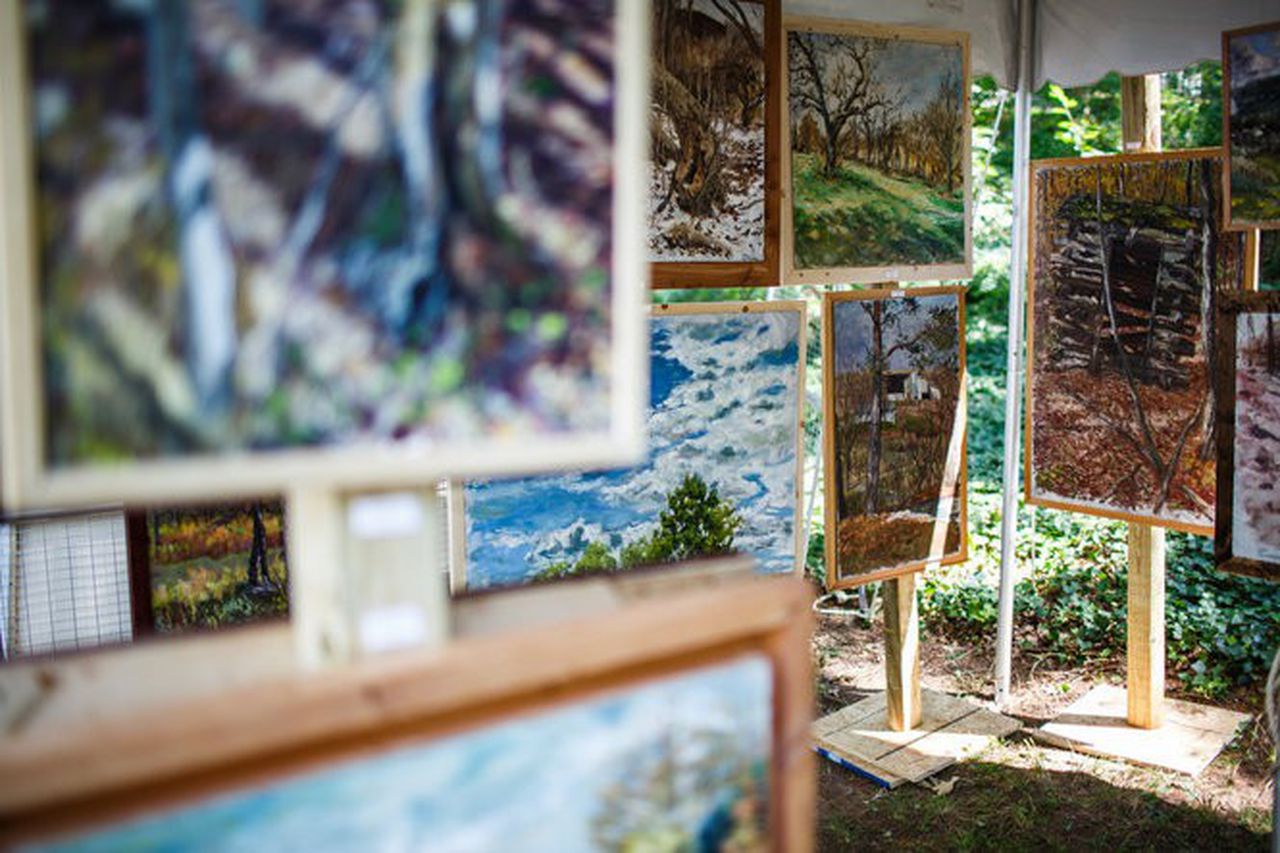 Through all the seasons of 2021 and 2022, a group of talented painters has been capturing the beauty of Franklin’s public park system in watercolors, acrylics and oils. From Nov. 11 – 13, The Chestnut Group and Friends of Franklin Parks will unveil the collection of works as part of “Painting the Parks,” a fundraising art show and sale to be held at the Eastern Flank Battlefield Park Event Center at 1368 Eastern Flank Circle in Franklin.

The Chestnut Group, a non-profit collective of artists who have been “painting to preserve” in Tennessee for more than two decades, paints the landscapes of middle Tennessee en plein air, or outside in the environment. They then sell their paintings to support efforts to protect and enhance these cherished lands. This year, they partnered with Friends of Franklin Parks to present an art show and sale beginning Friday, Nov. 11, from 10 a.m. to 7 p.m., and continuing Saturday, Nov. 12, from 10 a.m. to 6 p.m., and Sunday, Nov. 13 from 1 p.m. to 4 p.m.

Nearly half of the net proceeds will benefit Friends of Franklin Parks, and the remainder to support the artists and The Chestnut Group organization.

“The mission of The Chestnut Group aligns perfectly with the efforts of Friends of Franklin Parks, as our members are passionate about protectng the natural and historical landscapes of Middle Tennessee,” said Brenda Coldwell, who is co-chairing the PainXng the Parks event with Karen Philpo]. “As plein air painters, we are dedicated to preserving public spaces and the 900 acres of parkland in Franklin, Tennessee, provide a spectacular range of subjects to capture.”

Chestnut members have captured scenes and the seasons at several of Franklin’s most beloved parks, including Harlinsdale Farm, Fort Granger, Eastern Flank, Pinkerton, and more in preparation for the show, which will feature more than 100 works. Visitors can expect to see a variety of landscapes, historic structures, wildlife, and engaging natural scenes. Several paint-out events, where Chestnut Group members gather in a specific part of the park to paint, have been held since 2021 and throughout 2022, and the pieces will allow a]endees to see these moments captured through the artist’s eyes and talents.

Friends of Franklin Parks executive director Torrey Barnhill cites the long legacy of artists working in the parks, including at the historic Hayes House at Harlinsdale that is now set to undergo a full restoration.

“Art is a central component of our plans at the Hayes House, and we are thrilled to have been selected as a beneficiary by The Chestnut Group,” Barnhill said. “Dollars raised from the PainXng the Parks event will be directed to a range of enhancements to public spaces, from the inclusive playground Ellie G’s Dream World to the restoration work at Harlinsdale and our efforts to continue expanding our trails and greenways.”

The exhibit/art sale is free and open to the public, November 11-13, 2022, at the Eastern Flank Ba]lefield Park Event Center at 1368 Eastern Flank Circle in Franklin, with plenty of parking available. For more information, click here.