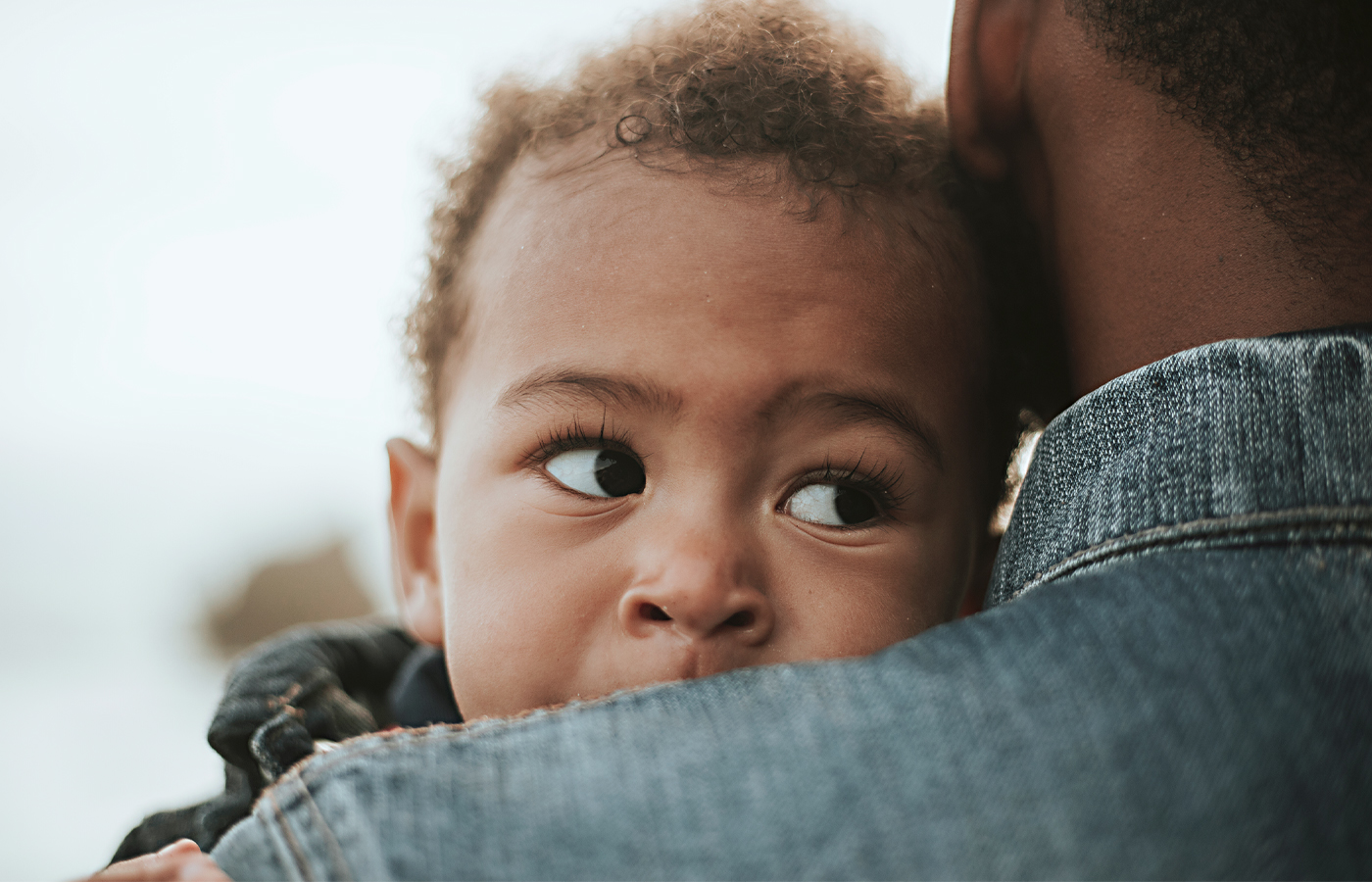 He's thinking about it and you know it. You’re sitting with your little one in your lap. Then, out of nowhere … BAM! He head butts you right between the eyes. Everyone around you erupts into a fit of laughter while you pinch the bridge of your nose.

Whether it’s head banging or head butting, your child’s bound to catch you off guard at some point. When he does, prepare for your own reaction. While it’s hard for most of us not to laugh, the American Academy of Pediatrics (AAP) says you need to ignore it! Treat it as if he’s head banging, which is a self-comforting habit for young children. Most children start out head banging, maybe even until they drift off to sleep. But, one short instance where he might bang his head on you, your reaction could change what happens next.

Anywhere from five to 15 percent of healthy babies head bang, with approximately three-fourths of the “bangers” being boys. Banging usually appears during the first 12 months, and although it seems strange, the activity is generally harmless and may be used by the baby as a means of calming himself.

“Most commonly, [head banging] will disappear with time,” says the AAP. “When you call attention to [it] with harsh words, ridicule, or punishment, the tension that the habit presumably relieves will increase, and the habit will get worse. Punishment is not an effective way to eradicate habits.”

Consult your doctor if your baby engages in prolonged periods of head banging and is uninterested in his surroundings, if he can only be soothed by banging his head or if he does not respond to your efforts to soothe him.

When all else fails, seek other parental support. And, if you really want to laugh about your new black eye, check out the advice one dad got when he posted his request for help on Life with Dad on Facebook (for entertainment purposes ONLY):

"Flick them in the forehead!" – Carlos Estrada

"All this talk of hitting the kid back. What is wrong with you people?! Hitting a kid is never the answer. Shock collars work soooo much better." – Nick Dean

"Have you tried turning him off and then back on again?" – Michael Rains

"See the Good in it and start prepping him for the WWF." – Danny Richards