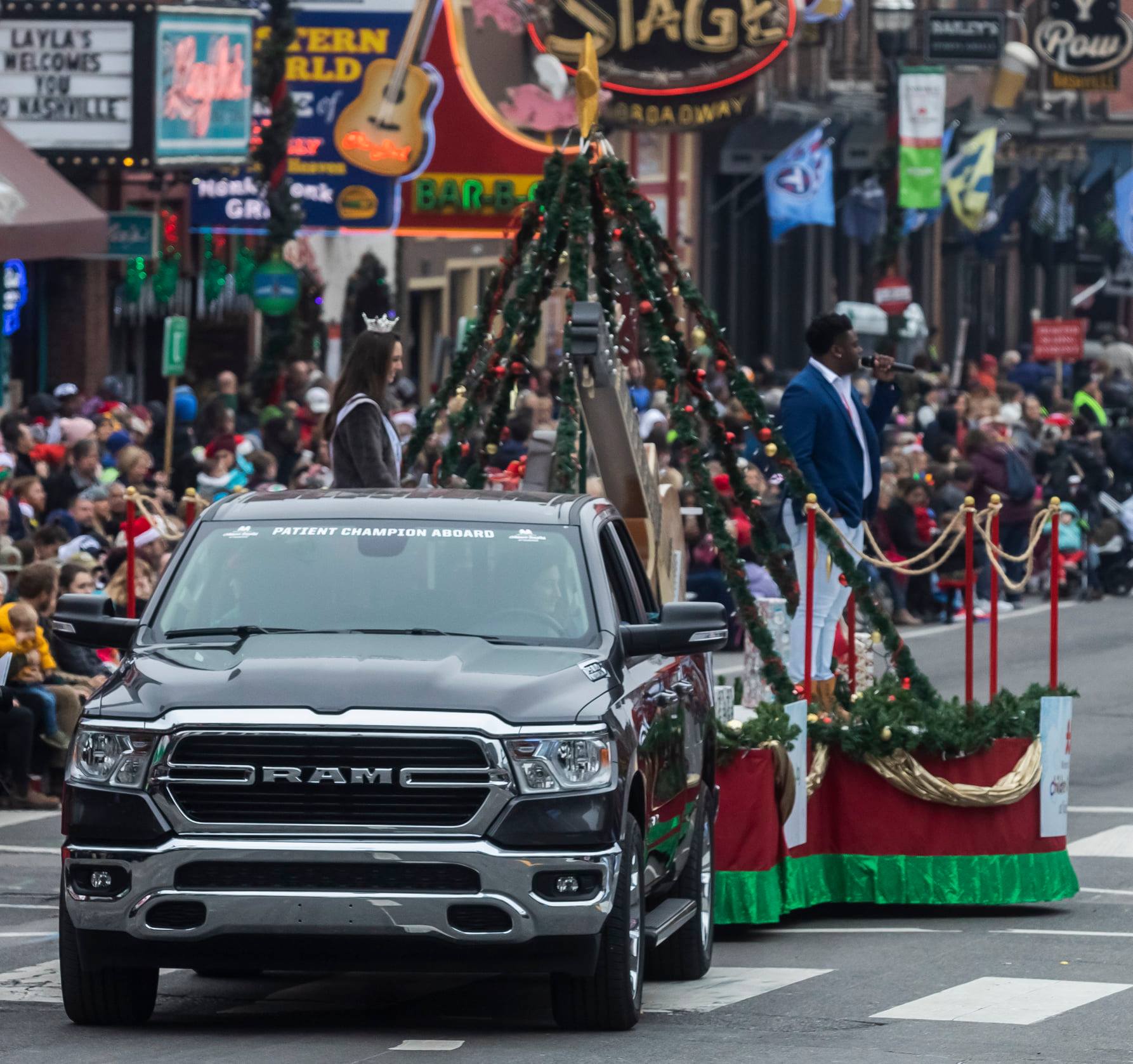 The 93rd annual Nashville Christmas Parade will be virtual this year. The parade will be a one-hour event to air on Saturday, December 5 featuring past performances.

Via Facebook, the parade shared, “For the first time, this year’s 2020 parade will be a ‘Home for the Holidays’ celebration with new recorded elements, as well as performances, marching bands, and more from previous parade years.”

“The Nashville Christmas Parade is such a wonderful event for Monroe Carell Jr. Children’s Hospital at Vanderbilt, and we were committed to finding the safest way to execute this special holiday tradition again this year,” said Julie Carell Stadler, parade co-producer and daughter of the late Monroe J. Carell Jr. and Ann Scott Carell. “The virtual format also allows us to incorporate a lot more than we could in a live show – such as performances and appearances broadcast from across Nashville, inspirational patient stories, sponsor spotlights and a walk down memory lane with highlights from past parades.”

This year, in lieu of a Grand marshal, the virtual parade will feature front line healthcare workers as the parades Hometown Heroes.

It will also include a special message from Santa Claus. Parade officials have already begun the process of securing performers and celebrity guests and will announce more information on the lineup in the coming months.

For the latest updates on performances, visit the Nashville Christmas Parade Facebook page.