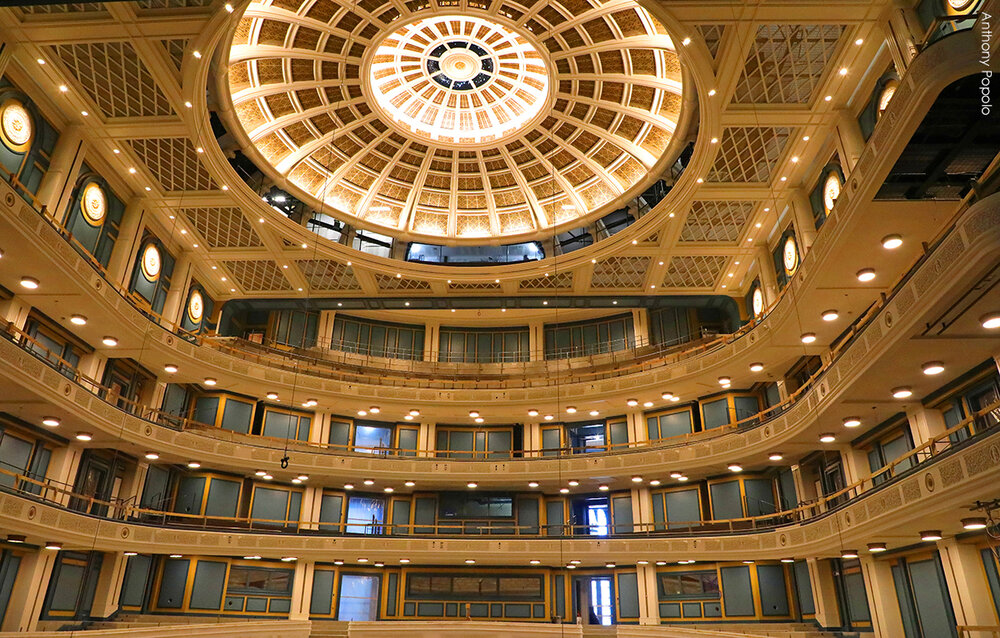 Nashville Opera closes its 2022 season on May 6 and 8 with the company and city premiere of Wagner’s epic Das Rheingold at Belmont University’s Fisher Center for the Performing Arts.

Baritone Lester Lynch as Wotan, Canadian soprano Othalie Graham as Freia, and bass-baritone Samuel Weiser as Alberich are among the all-star cast of this original production. Nashville-based designer Matt Logan is creating a new collection of costumes for the opera’s 14 principals and 11 supernumeraries. The Nashville Opera Orchestra will be 62 members strong, and four Wagner tubas are being leased to help achieve the unique sound the composer intended. To augment the immersive experience, Das Rheingold will feature a two-story HD video wall which will display original imagery by lighting and video designer Barry Steele.

“Our production will be the full uncut version of the opera. Every glorious note of music and every bit of drama, intact,” says Director John Hoomes. “And we’re producing the show as Wagner originally intended—as an extended one act with no intermission. Das Rheingold will clock in at around 2 hours and 30 minutes. It really will be an all-consuming experience for our audience.”

Tickets are priced $34 to $131 and are available at nashvilleopera.org/rheingold.

A final free public lecture on Das Rheingold is being offered May 4 at 5 p.m. at the Noah Liff Opera Center. Director John Hoomes, Conductor Dean Williamson and Dr. Joy H. Calico of Vanderbilt University will be the panelists for “Getting the Most out of Das Rheingold.” Dr. Cheryl Carr of Belmont University moderates.