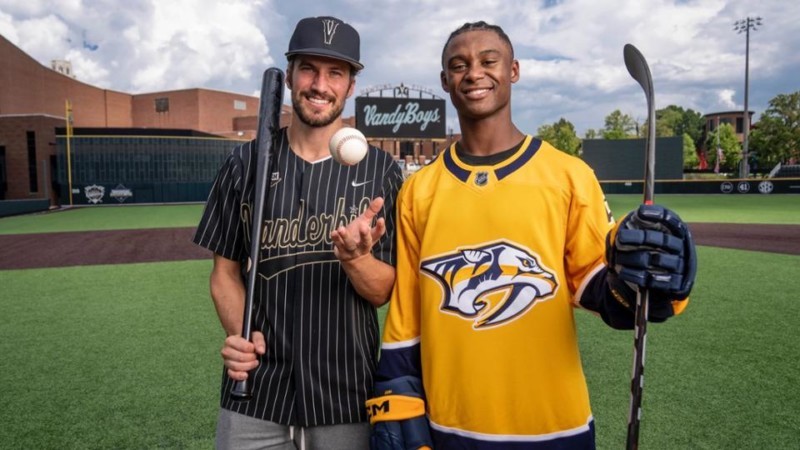 Nashville Predators players and student-athletes from Vanderbilt University will take part in the inaugural Smashville Showdown at Hawkins Field at 6 p.m. CT on Monday, Sept. 19 prior to the start of the team’s training camp ahead of the 2022-23 NHL season.

The charity event will benefit the Nashville Predators Foundation and will feature players from the Predators and various Vanderbilt student-athletes participating in a home run derby and softball game at Hawkins Field, home of the Commodore baseball program.

It’s going to be a lot of fun for Predators fans to see their favorite players trade their hockey helmets for batting helmets and step up to the plate alongside Vanderbilt student-athletes, all while helping a great cause,” Predators Vice President of Community Relations Rebecca King said.

Hawkins Field will play host to the Predators under the lights after welcoming the team for a players-only home run derby during last season’s training camp. Predators Head Coach John Hynes and Vanderbilt Baseball Head Coach Tim Corbin will serve as the official coaches for the two softball teams, with mascots GNASH and Mr. C standing in as their assistants.

Additionally, Predators broadcasters Chris Mason and Lyndsay Rowley and in-arena host Wayne D will be live from Hawkins Field bringing fans closer to the action with on-field interviews during the event.

Tickets to attend the inaugural event are on sale here for $25 each, with proceeds benefitting the Predators Foundation, the Vandy United Fund as well as several local charitable organizations. Afterward, the Predators Foundation will also auction off items worn and used by the participants in the event, including shirts, hats and bats.

Fans are encouraged to stay tuned to NashvillePredators.com and VUCommodores.com for further information regarding the Smashville Showdown.