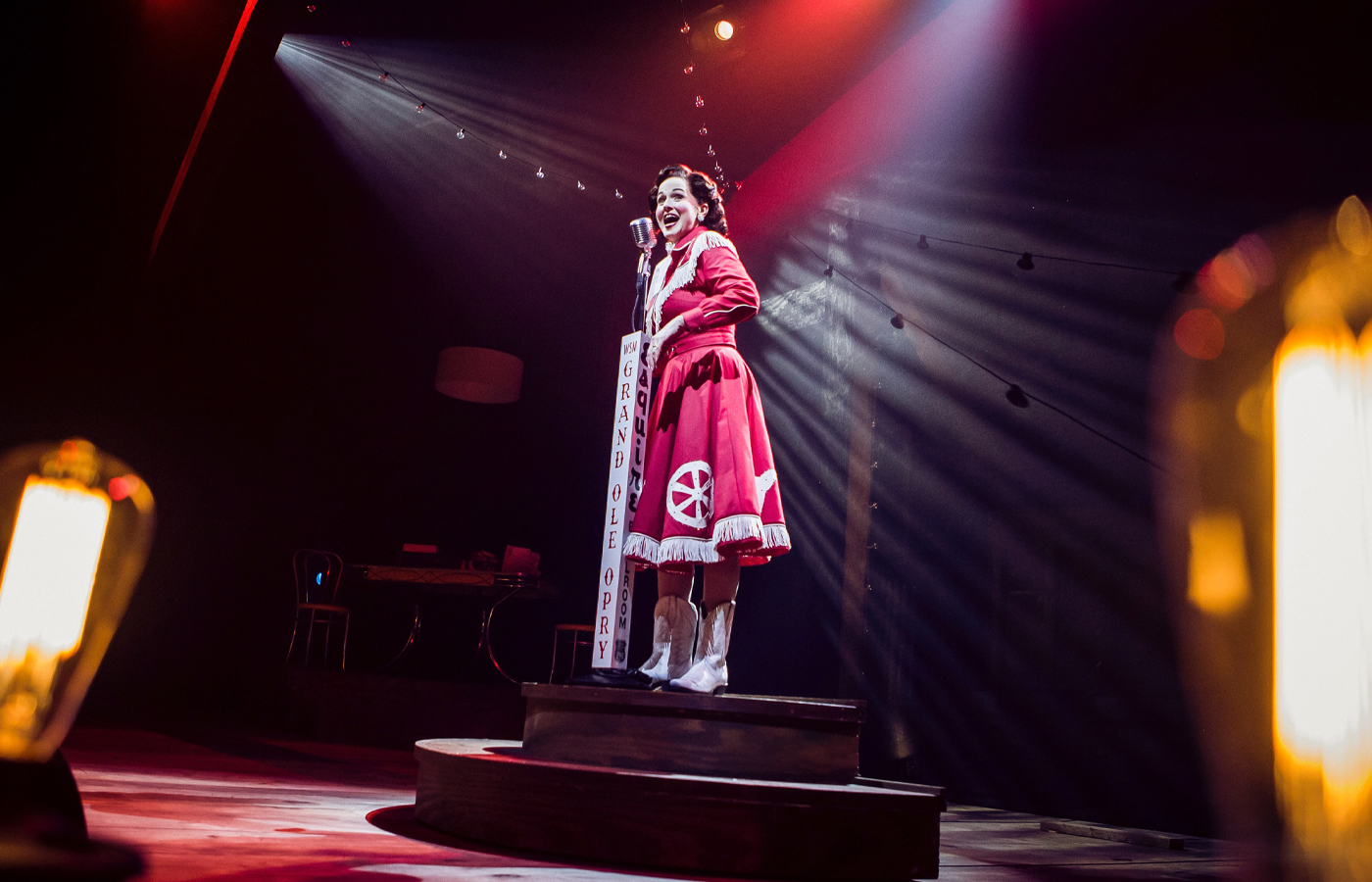 In 1988, Ted Swindley — then artistic director of Stages Repertory Theatre in Houston, Texas — created Always … Patsy Cline. It was an instant hit with theater-goers and Patsy Cline fans in Houston. The musical is based on the country legend's 1961 appearance at Houston's Esquire Ballroom and the friendship that developed between her and a devoted fan, Louise Seger, a Houston housewife. It's the real-life story of one fateful evening and the letters the two wrote to each other up until Cline's untimely death in a 1963 plane crash. In fact, the show's name comes from how the country crooner signed off her letters to Seger, "Love Always … Patsy Cline."

After a little bit of retooling of the show into what we now know, fate would have it that a few Grand Ole Opry executives saw the production in Atlanta. The result? An invite to stage the show at Nashville's historic Ryman Auditorium, the mother church of country music and former home of the Opry. — the very stage where Cline herself stood and performed during her short career.

But any Nashvillian (or otherwise) who caught Barnett as Cline at the Ryman experienced what felt like an night with the real Patsy Cline. Barnett literally channeled the country icon. She captured the gutsy star's mannerisms and sharp wit. It was a jaw-dropping performance that was not soon forgotten — well, I've never forgotten it. So I couldn't help but wonder as I headed to Studio Tenn's production: Would I discover "sweet dreams" of Patsy Cline again?

I wish I could tell you that Studio Tenn's production of Always … Patsy Cline holds the same oomph and awe as the original did years ago, but unfortunately that's not the case.

First of all, keeping things real, the show wasn't originally slated for Studio Tenn's 2018 – 19 season.  This month audiences were supposed to see Tennessee Williams' Cat on a Hot Tin Roof and in May , Damn Yankees (Joseph and the Amazing Technicolor Dream Coat replaced that). The lineup changed following the abrupt departure of Studio Tenn's respected artistic director, Matt Logan. According to current Managing Director Todd Morgan, the reason for the mid-season change was a result of "ticket sales, survey responses and the change in artistic leadership."

Granted, Cat and Yankees are both big productions. Without a solid director on board, they would be difficult to pull off on the level of what audiences expect from Studio Tenn. Perhaps Patsy Cline seemed like an easy replacement piece.

THE TROUBLE WITH PATSY

Megan Murphy Chambers is a darling of the local theater community, haven proven her talent time and time again. Honestly, she's one of my favorites in town — but she's miscast in this role. Chambers is a soprano (and a good one). But Cline's signature was a rich contralto filled with emotional expression. While Chambers sings beautifully and attempts to reach Cline stylistically, I didn't get the Patsy Cline vibe. And Chambers possesses a distinct vibrato; Cline's was underplayed and subtle. Chambers also struggles in the lower register of her range, which is where Cline shined brightest. The closest Chambers gets to authentic Cline is "Sweet Dreams" — where the range issue is least noticeable.

You might argue, "Who says the actress has to imitate Patsy Cline?" I would counter argue, for today's audiences, if you're going to do a show called Always … Patsy Cline, much like Beautiful (Carole King), On Your Feet (Gloria Estefan), Jersey Boys (Frankie Valli) or Summer (Donna Summer), you'd better sound like the performer you're playing. As is, this production feels more like "Megan Murphy Chambers Sings the Hits of Patsy Cline."

In the acting arena, Interim Artistic Director Benji Kern failed to find the blousy relationship between Chambers and Melodie Madden Adams (Louise Seger). These two actresses scratch the surface of the Cline/Seger camaraderie but come up short. The program guide tells us Chambers and Adams are best friends in real life — but that's not enough. This show is country funny. The audience deserves a shot of something even if it's Lucy and Ethel or Eunice and Mama … heck Laverne and Shirley would have worked. The result of the misdirection has Chambers coming off cheery and sweet throughout the show and Adams recounting stories in a gentle way with a few strokes of personality peppered in. Cline had drama in her life; she was well known for her brash persona as "one of the boys," and she didn't put up with any guff. What a missed opportunity to work these two actresses for all they've got.

Blake Danford's costume design for the Cline costumes is exquisite, from the signature red cowgirl dress to the elegant attire Cline introduced during the Nashville Sound era. Meanwhile, at center stage, the band is dressed out-of-sorts for the time period.

With two problematic shows under its belt since the shake-up at Studio Tenn (this one and December's Beauty and the Beast), it's clear the company is in the midst of an identity crisis. Their costume department needs sewing machines, too. During the curtain call, Chambers literally stopped the applause to ask the audience for costume funds in a drop-it-in-the-bucket manner on your way out. This reviewer has grown weary of from-the-stage solicitations that break the fourth wall. Let me go to the theater without asking me for favors at the end!

Here's hoping Studio Tenn will begin its search in earnest for a solid artistic director who can bring back the quality of theater the company has been known for the past nine years.

All photos courtesy of MA2LA.