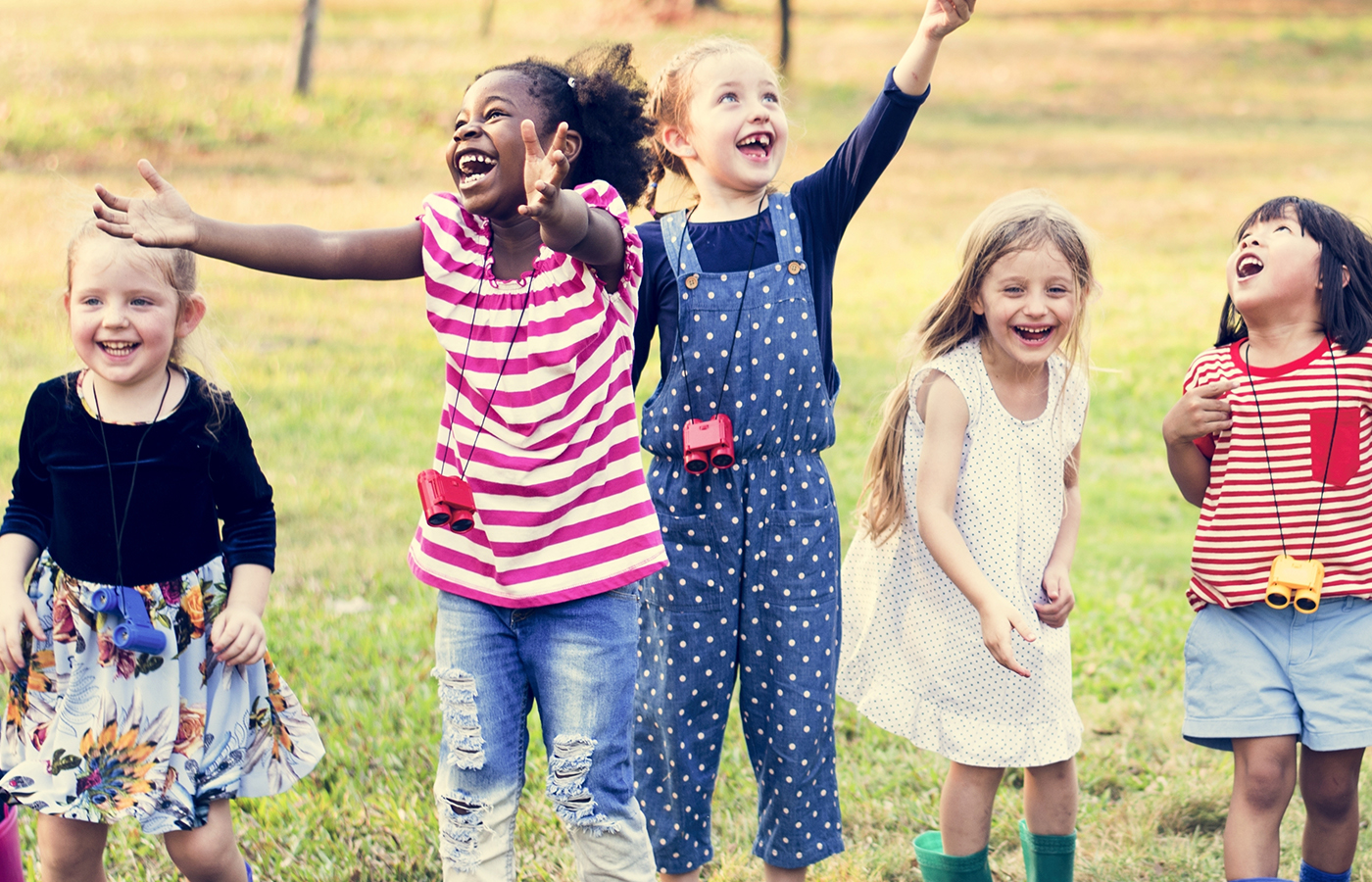 Play time has all but gone away, according to research, but you can bring it back at home! The next time you're at your wit's end about your little one's screen time, encourage some games outside.

One child serves as "Mother". The other kids line up and face Mother about 20 feet away. Mother selects one of the children and says something like, "Sarah, you may take five giant steps." The child who was addressed then responds with, "Mother, may I?" Mother then says, "Yes, you may." Mother then addresses another child, and the game continues until one of the children reaches Mother. Whoever makes it to Mother first becomes Mom for the next round.

Sound simple? It is. Except that in the excitement of the game, someone is bound to take their steps without asking "Mother, may I?" When that happens Mother reminds the player of his or her manners and the player is sent back to the beginning of the line.

Mother can also make the game intriguing by only honoring the silly step – "twirly" steps, one-foot hops and so on.

Divide the group of kids into two teams. The kids then form two lines holding hands and facing each other. The lines should be 30 – 50 feet apart. The team chosen to go first calls for a runner from the other line, saying, "Red Rover, Red Rover, send [child's name] right over!" The child whose name is called then takes off running and tries to break through the other line. If he breaks through, he chooses one of the kids that he broke through to take back to his team. If he doesn't break through, he has to stay with the other team.

The game ends when everyone is in one line. The game is fun because of the suspense of wondering when your name will be called and wondering whether the runner from the other team will choose you as the weak spot to try to break through. It's not a highly competitive game as everyone ends up on the winning team; however, Red Rover has been banned on some playgrounds as too rough. Obviously the game works best if the kids are close to the same age. Three practices should definitely be banned. The first is double-linking by holding each other's wrists or arms. Hands only can be joined. The second is raising the arms high to "clothesline" the runner. The third is thrusting the joined hands outward so that the runner encounters the equivalent of an out-thrust fist.

One person is designated as "it" and plays the part of the stop light. The other kids line up about 20 feet away from "it." Facing away from the other kids, "it" calls out "green light!" The other kids move forward. "It" then calls out "red light!" and turns around quickly. Any of the kids who are caught moving must go back to the start line. Play continues until someone reaches and tags "it." That person then becomes "it." The trick to winning this game is to move smoothly so that you can freeze instantly until you are within reach of "it."

When playing with children of different ages, you may want to designate two start lines, the closer one being for the smaller kids. In one variation of this game, "it" may call out "yellow light," when means that the players can continue to move but must move slowly.