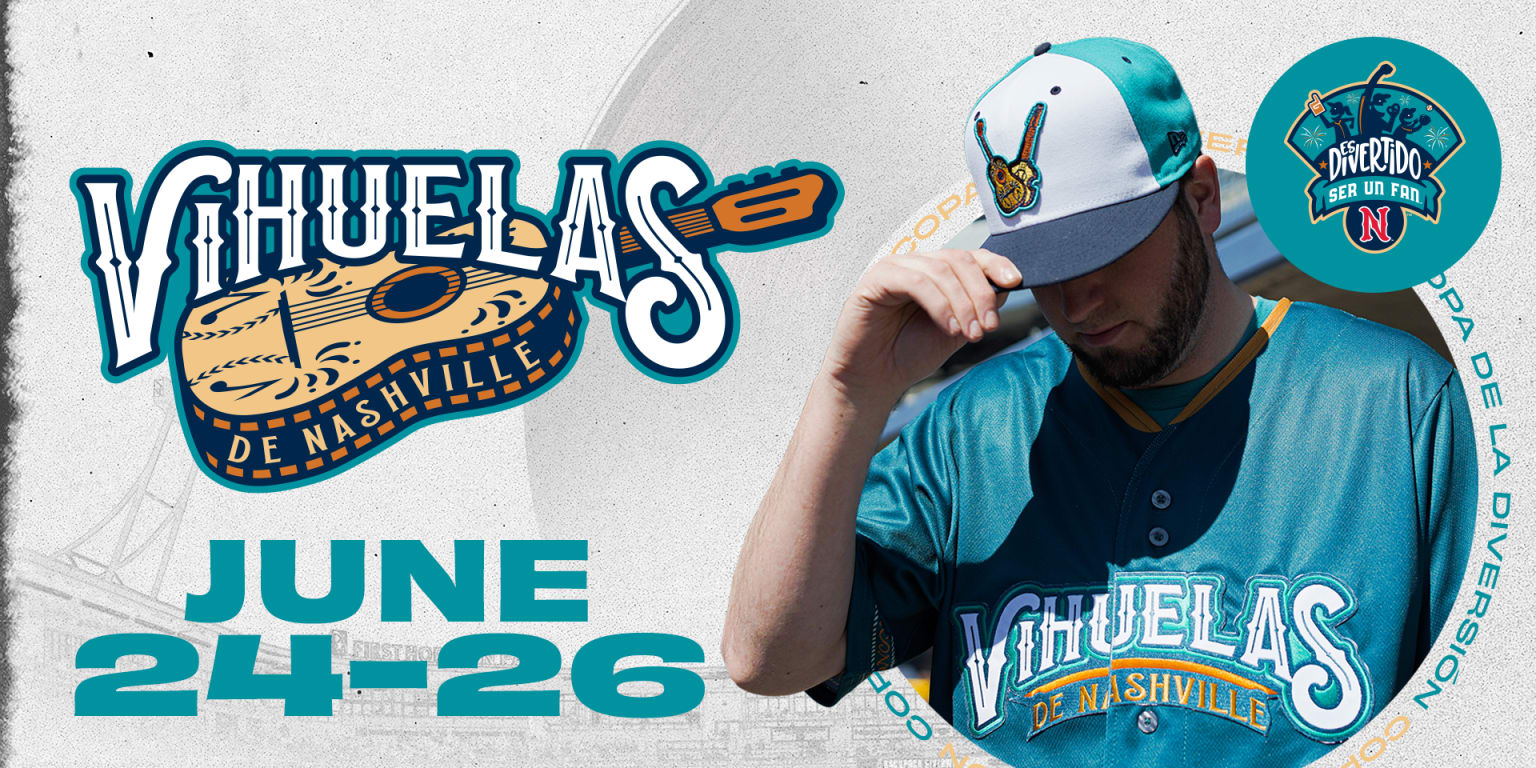 Copa de la Diversión began in 2018 with over half of the teams in Minor League Baseball participating. The campaign is designed for teams to authentically connect with their Latinx communities to embrace and celebrate the culture and values that resonate most with Latinx fans nationwide.

Vihuelas de Nashville was chosen as the Nashville Sounds’ name for the Copa de la Diversión event series. A vihuela is a classic Mexican guitar and is typically of higher pitch than the classic guitar you might hear on Broadway. The lettering and details in the Vihuelas de Nashville logo are popular in Latin countries and mimic a style of woodcarving made famous in Mexico. Many vihuelas are decorated to provide a personal touch not only to the user’s instrument but to their music style.

As part of the Vihuelas’ Copa de la Diversión weekend, the team will be auctioning their game-worn jerseys on Friday, June 24. The auction will benefit Conexión Americas and will go from June 20-27. Fans can bid on the game-worn jerseys through the MiLB auction platform online.

The Vihuelas de Nashville will debut new green jerseys at First Horizon Park on Saturday, June 25 and also wear them on Sunday, June 26. New Vihuelas hats, jerseys, and merchandise is available at the Sounds Pro Shop or online.

The Sounds will also play as the Vihuelas in three road games this season: April 13 at Gwinnett, July 7 at Columbus and September 20 at Louisville.

The Nashville Sounds are the Triple-A affiliate of the Milwaukee Brewers and play at First Horizon Park. Season ticket memberships for the 2022 season are on sale now. For more information, call 615-690-4487 or e-mail tickets@nashvillesounds.com.