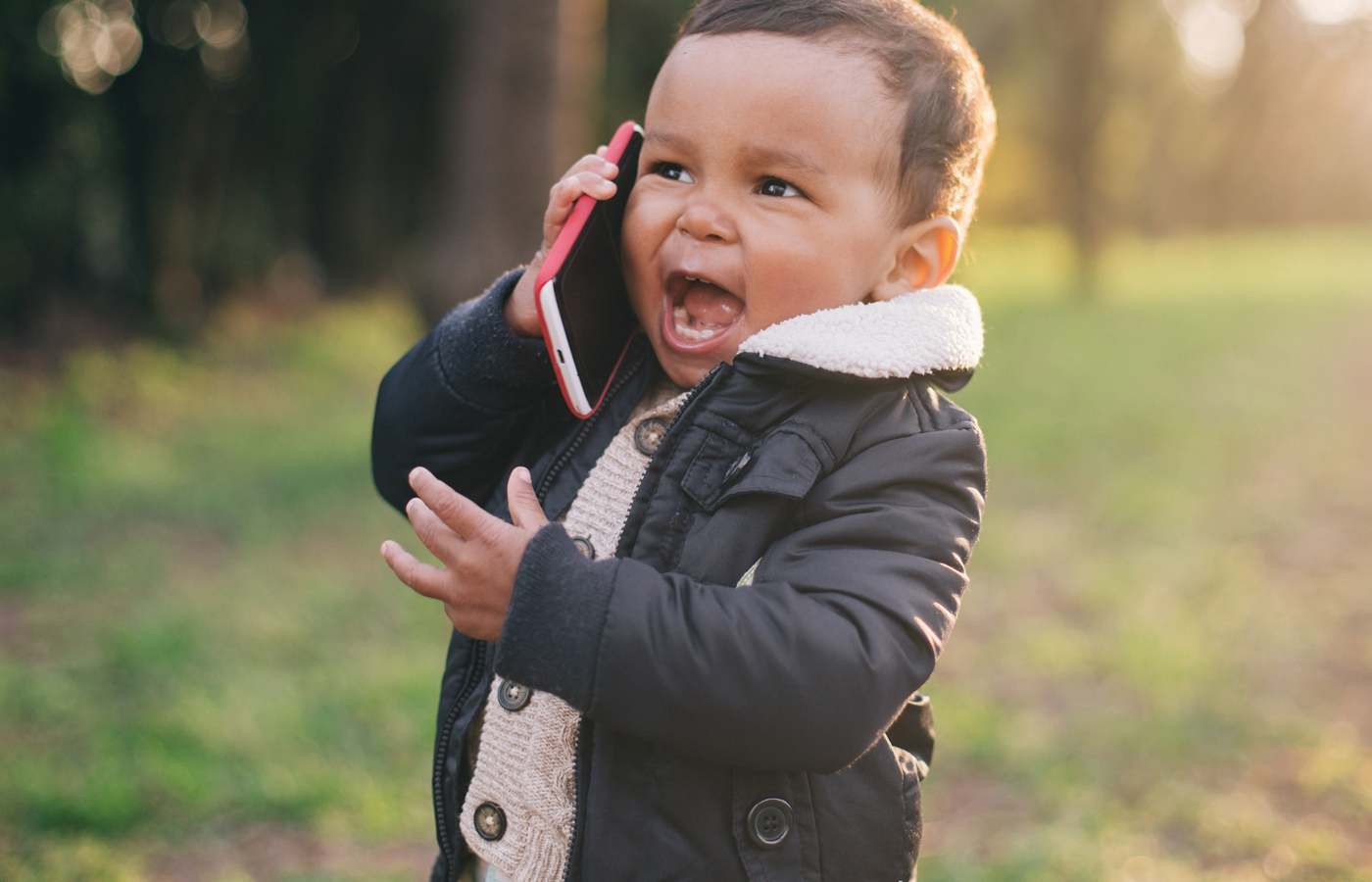 "an you say, “diaper?,” a mom may ask her little one, carefully enunciating with her face directly in front of his. The toddler tries and emits a soft “eyepoh” which is just oh-so precious … and normal. Gobbledegook pronunciations are absolutely typical for toddlers on the cusp of speech and language development, simply because it’s not easy to pronounce certain sounds, and rather than try, try again they simply swap sounds. Those words that require a lot of tongue movement are especially tricky — flower is “fowah,” and words with a hard “k” sound that require movement with the tongue in the back of the throat are especially complicated, so “truck” may be “truh” and “clean” may be “queen.” It’s all a part of early childhood development.
Typical 2-year-olds will say about 50 words and speak in two-and three-word sentences; by age 3 they’ll have about 1,000 words and increase their sentence structure to three-and four-word sentences.
If your child isn’t on target with that, it’s not time to worry — he may be a late bloomer. Children learn to talk at different times, says the American Speech-Language-Hearing Association (ASHA) website, and it’s hard to know when your child will get to each stage. Still it’s hard not to compare your little one to others his age who may be more advanced in their speech and language development.
According to ASHA, your child’s speech and language development depends on his natural ability to learn language; other skills that he is learning at the same time; how much talking he hears during the day; and how people respond to what he says or does.

Typical toddlers are either at home each day with a parent or caregiver, or in a childcare setting during the week where a hubbub of communication swirls around them, demanding their participation. At home, the aware mom or dad works hard to instill good habits in their toddlers, but little ones still see their parents spending an exorbinant amount of time on laptops and phones and they want to do what’s modeled to them.
We are all swamped by technology now, much to the detriment of a child on the unknown quest for language development.
The American Academy of Pediatrics warning us not to allow too much tech for our kids falls on deaf ears.        The iPad is the consummate babysitter, and the idea that children ages 2 – 5 should only take in one hour a day of high-quality programming is a farce in the face of household realities.
But suddenly … if you’re concerned about your child’s speech or language delay, you need to be more mindful of his time with a device.
“It is now more important to be intentional about engaging your child in technology-free activities,” says Denise Anne Bryant, M.A., a speech-language pathologist with Vanderbilt Bill Wilkerson Center in Nashville.
If your child is between 18 and 30 months and not talking the way you think he should, where should you turn?
Off the bat, you can check the ASHA website, Bryant says.
“The ASHA website has charts with speech-language milestones for children birth – 5 years of age,” Bryant suggests. “Every child develops at their own rate, so the charts are guidelines,” Bryant adds.
And if your child is not matching up the way you instinctually think he should, it’s time to make a pediatric appointment.
But know that ASHA distinguishes between speech and language.  Speech includes a child’s articulation, how they produce sounds and fluency. Language includes a child’s vocabulary, their ability to combine words and their ability to use words for different communication purposes (to request, protest, seek attention). Also know that your child’s hearing ability is key.
“It’s important to remember that your child’s speech-language development is depedent on your child’s ability to hear,” Bryant says.
Following birth, your child’s hearing is tested, but hearing loss is possible as a child grows, so your pediatrician should always be checking at well visits. 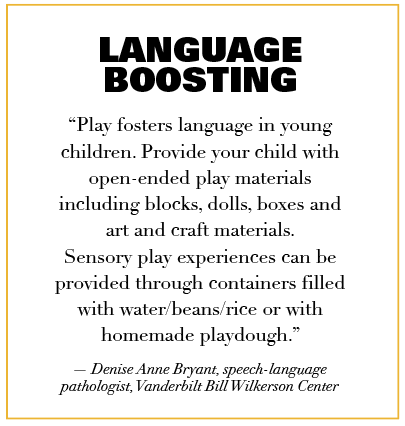 Should You See a Speech-Language
Pathologist?

Play With Your Child

To offset the possibility of a speech- language delay in your baby, one of the best things you can do is to up your play time and chatter at home.
“Play fosters language in children,” Bryant says. “Provide your child with open-ended play materials including blocks, dolls, boxes and art and craft materials. Sensory play experiences can be provided through containers filled with water, beans, rice or with homemade playdough,” she adds.
And take your play one step further, Bryant suggests.
“Movement activities during play boosts children’s attention spans and facilitates verbal, visual and kinesthetic learning,” she says.
Of course, reading daily to young children, starting in infancy, helps with language acquisition and more. It’s always a good time to pick up a book to read together or simply to read aloud.