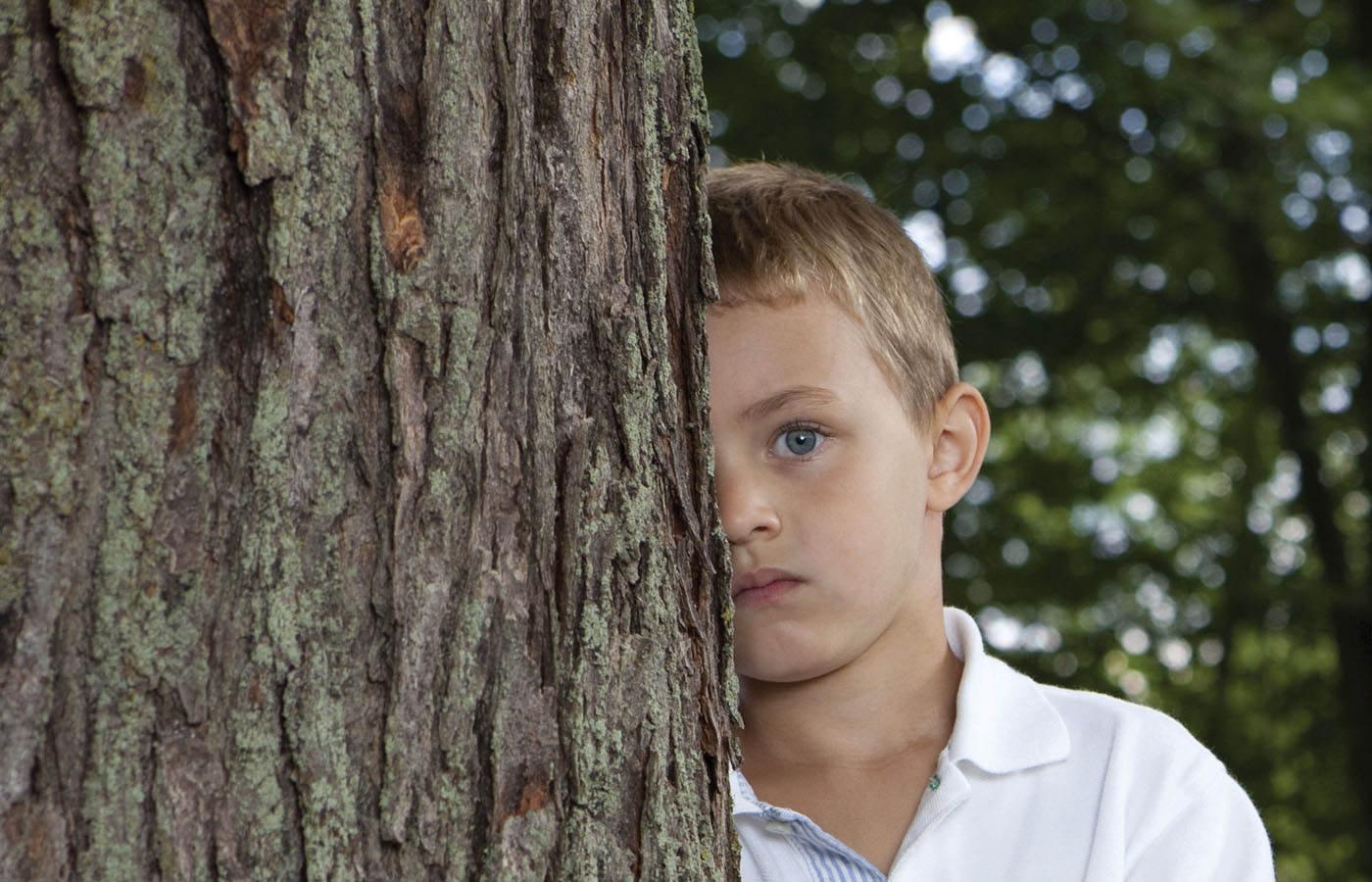 A parent's depression may have long-term effects on a child's psychological health. Especially if a child is used to an involved, happy parent; when that parent is suddenly unavailable — kids bear a share of their parents’ struggle.

It wasn’t an easy text to send to my husband, but I knew I had to do it. For everyone’s sake.

The kids were incessantly knocking at my bedroom door, until all three of them rushed in at once, giddy like Christmas morning. A blanket of snow had come in during the night, and my sweet boys wanted to be the first to reveal the surprise.

“No school! It’s snowing!” they yelled, waiting for me to pop out of bed and do my normal “snow dance.”

But this time? My body wouldn’t move. And I couldn’t think of an immediate reason why tears streamed quietly down my face. It was snowing in the South for crying out loud.

But the tears came.

This wasn’t like me. At all. Normally, snow makes me giddy, too—just like a child. I build fires and make two different pots of chili and go on long walks in the neighborhood streets covered in white.

I lied, reluctantly, agreeing to meet them outside shortly. Operation build-a-snowman-from-barely-any-snow would soon begin. Right?

An hour went by, and I was still staring blankly at the window, the kids’ excited squeals faintly chirping in the background.

By then, my husband had texted back. “What do you need from me?” he responded. “To leave work?”

The intensity of his response jolted my mind and snapped me back into the presence of the moment. I wiped my eyes, got out of bed and convinced myself it was time to ‘get it together.’

“This is nothing a good spray tan and a half-cut tea from McDonald’s can’t fix,” I thought to myself jokingly.

But actually, I was right.

Just a few hours later, I was relatively back to “normal,” finding joy in the unplanned snow day on that early February day.

This situation got me thinking. I really don’t know what happened to me that morning. It happens to me off and on, but never for long periods of time. Maybe it was a sign of something deeper or maybe it was just exhaustion from the incessant pace of life as a working mom. I don’t really know.

But I do know that not every situation can be fixed with a fake tan and caffeine. Sometimes, it’s intense and it’s clinical and it’s scary.

Severe depression is real, and it’s affecting more people than we might think.

According to the American Psychiatric Association, one in every 15 adults will suffer from depression in a given year, and one in six will be affected at some point in his lifetime.

What’s more, a report released in 2010 by the National Research Council and Institute of Medicine called “Depression in Parents, Parenting and Children” yields jaw-dropping results: more than 15 million children are living in homes with a severely or majorly depressed parent.

So it’s not just parents who are affected by this serious mental condition; it’s essentially the whole family.

It’s a conversation we have to have, and not just because many parents are depressed—but also because research shows that depression is genetic. Furthermore, parental depression can impact the quality of parenting — thus potentially causing behavior issues, psychiatric illnesses and other repercussions in kids. 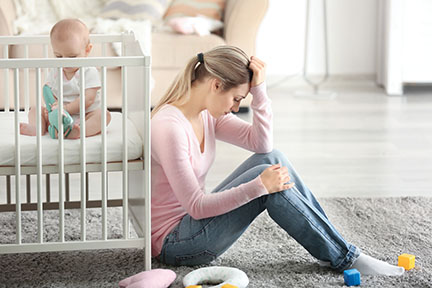 The Kids Aren’t All Right

When either Mom or Dad is depressed, the kids feel it. Depression infiltrates an entire family and impairs the quality of home life for kids because a parent with depression essentially checks himself out.
In the middle of hectic and energetic family life, a depressed parent actually experiences a lack of joy and enthusiasm. Just getting the menial tasks like laundry done is an enormous effort. Everyday routines like overseeing a child’s school work or even his school attendance falls to the wayside. And perhaps the worst of all for a kid: missed birthday parties and other social get-togethers that Mom or Dad simply don’t want to attend.

Parental depression has an immediate effects on children’s lives, but the long-term effects can’t be denied, either. Parental depression can disrupt the attachment between a parent and baby setting the child up for difficulties throughout life. Studies on attachment show that children who are securely attached when they are infants develop high self-esteem and self-reliance as they grow. In older kids, life with a depressed parent can produce a lack of encouragement and support — and continued social problems.
Coping with everyday stressors is difficult for a depressed parent. Further, a depressed mother or father can parent out of guilt or be vocal about self-blame which is hard on the children. Parental depression can even cause kids to switch roles with their parent, caring for themselves and the parent from a young age. These children learn unique strategies for coping with life that they will hold onto for years.

“Children will use ‘maladaptive’ coping mechanisms to solve their own problems in equally ineffective ways later in life,”

Which leads to the harsh reality that parental depression puts kids at risk for anxiety and depression themselves.

“The quality of parenting becomes an essential ingredient in contributing to whether depression is likely to occur in the next generation,” says an article out of Yale University called, “Shedding Light on the Relationship of Depression, Stress, and Families.”

This is why treatment for depression is so important: if the parent gets better, the kids will, too.

Benningfield says after a parent starts treatment, children will likely improve without further intervention. For moms and dads, medication combined with talk therapy are typical treatments. Both can help ease symptoms of depression and prevent more serious
mental illnesses in the future. 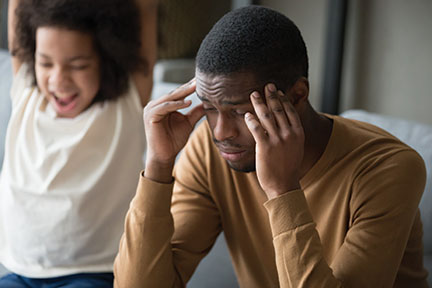 Depression — also known as major depressive disorder (MDD) or clinical depression — is a serious mood disorder that can affect a person’s entire life.  There are many possible causes of depression, including faulty mood regulation by the brain, genetic vulnerability, stressful life events, medications and medical problems. It’s believed that several of these forces interact to bring on depression.
When a parent is depressed, current thinking is to address the topic with the children on a case-by-case basis, depending on how old and curious the children are. Kids have a right to know what’s going on, but what can you tell a child about a parent who is depressed?

Experts say it’s important to connect the word “depression” to conversations with a child so he knows it’s not the parent’s fault they are feeling the way they are. You can tell a child that depression changes how Mommy or Daddy feels, thinks and acts and that you can’t “see” depression because it’s on the inside, but outwardly, a depressed person may appear very sad.

In 2009, the Institute of Medicine and the National Research Council released the report “Depression in Parents, Parenting and Children,” concluding untreated parental depression can lead to negative consequences for kids, such as poor school performance, increased visits to the ER, poor peer relationships and teen depression.
Often, when a kid gets in trouble, there’s a depressed parent behind the scenes, says Richard O’Connor, Ph. D., author of Undoing Depression: What Therapy Doesn’t Teach You and Medication Can’t Give You (Little Brown; 2010). “Though the parents often feel that the child’s behavior is the source of their distress, in fact, often the child is reacting to the parent’s depression,” says O’Connor. The child of a depressed parent may act out as a way of getting a rise out of the parent, trying to get him to be a parent, to pay attention, to enforce rules.
And a large body of research now shows children of parents with untreated depression have higher rates of behavior problems, difficulty coping with stress and forming healthy relationships, academic problems and the potential for mental illness themselves.
In fact, a study published in the Journal of the American Medical Association concludes, “Parental depression is among the most consistent and well-replicated risk factors for childhood anxiety and disruptive behavior disorders and for major depressive disorder.”
If a parent’s depression goes untreated, a cycle of depression can begin in the family. The best outcome for the children will come about through treatment for the depressed parent and intervention for the family.

Some parents who are depressed have symptoms which are “severe enough to impair social, occupational or other areas of functioning,” says Michael Caucci, M.D., assistant professor of psychiatry and of obstetrics and gynecology at Vanderbilt University Medical Center and director of Vanderbilt Center for Women’s Mental Health.

A mom or dad with clinical depression can’t simply “snap out of it” or “get over it,” even with time, but depression is entirely treatable with the help of medication, psychotherapy (or “talk therapy”) and more targeted treatments.
Research shows that two-generation interventions that target parental depression can be effective in helping children with a depressed parent. The interventions — Family Group Cognitive Behavioral (FGCB) and Family Talk — help kids gain awareness that their parent has an illness. The intervention helps children see that the illness is not their fault, and coping skills are brought in.

If you struggle with depression, you know how hard it is to maintain your work, home life and relationships with family and friends. But since depression is extremely treatable with medication and therapy, and because kids benefit greatly from parents who seek help, don’t hestitate to reach out to your doctor if you are symptomatic.

McKenna Hydrick is a mom, blogger and journalist. She lives in Franklin with her husband and children. Hydrick advocates for her kids with food allergies; find her recipes, resources and more at threebittybirds.com.