“This fulfillment facility comes on a wave of recent announcements of Amazon investing in Tennessee. The creation of 500 new jobs will bolster the economic growth that Montgomery County is experiencing, and it will support Amazon’s initiatives across our state,” said Gov. Bill Lee

The Clarksville facility will be Amazon’s tenth fulfillment and sortation center in Tennessee and the fourth to be announced in the past 19 months. In 2020, Amazon committed to creating 1,000 jobs at new facilities in both Memphis and Mt. Juliet and most recently in February 2021, the company announced a new fulfillment center project in Alcoa, tacking on an additional 800 new jobs.

Amazon currently operates fulfillment and sortation centers in Charleston, Chattanooga, Lebanon, Memphis, Murfreesboro and Nashville. The company is in the midst of building Amazon Nashville, a new downtown office that will bring more than 5,000 tech and corporate jobs to Nashville.

Since 2010, Amazon has invested more than $13 billion in Tennessee, including infrastructure and compensation to thousands of its employees in the state. Amazon’s investments in Tennessee contributed an additional $13 billion into the state’s economy, and using methodology developed by the U.S. Bureau of Economic Analysis, Amazon estimates its investments in the state have created an additional 39,000 indirect jobs on top of the company’s more than 25,000 direct hires in Tennessee.

Amazon’s innovative Career Choice program pre-pays 95 percent of tuition for courses in high-demand fields. Since the program’s launch, more than 30,000 employees have pursued degrees in game design and visual communications, nursing, IT programming and radiology, to name a few. In addition, Amazon has pledged to invest over $700 million to provide upskilling training for 100,000 U.S. employees for in-demand jobs. Programs will help Amazonians from all backgrounds access training to move into highly-skilled roles across the company’s corporate offices, tech hubs, fulfillment centers, retails stores, and transportation network, or pursue career paths outside of Amazon.

To learn more about working at Amazon, visit amazondelivers.jobs. 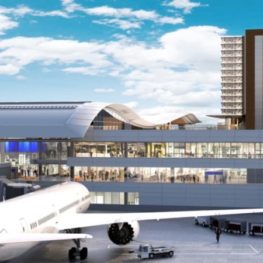