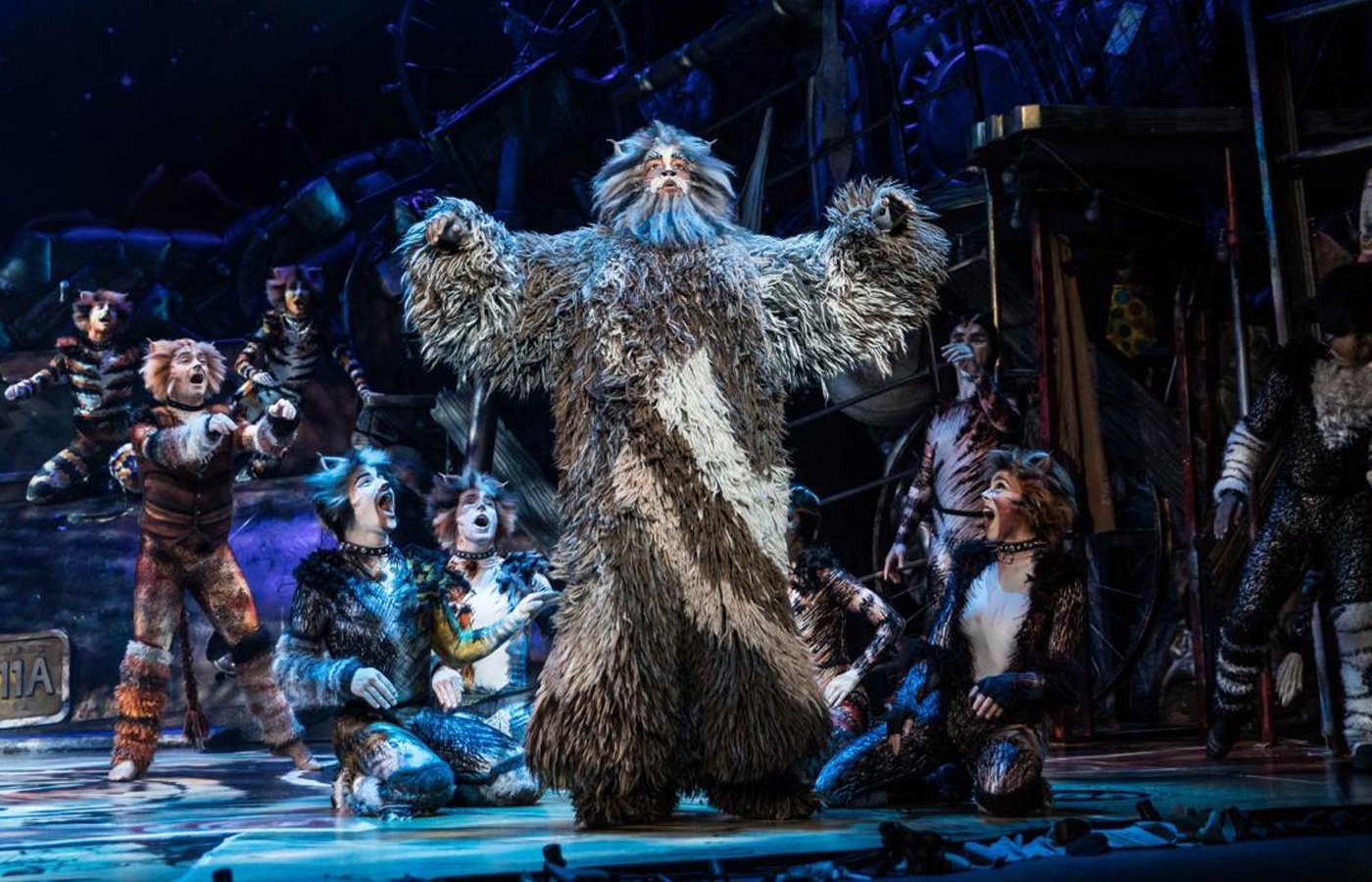 As the old saying goes, cats do have nine lives. In this case, it's Andrew Lloyd Webber's hit Broadway musical Cats making its way back to TPAC's stage for its ninth time.

To this day, Cats is the fourth-longest running Broadway show, and it's regarded as the production that started the mega-musical phenomenon. Based on T.S. Eliot's 1939 poetry collection, Old Possum's Book of Practical Cats, Webber's musical won seven Tony Awards in 1983, including Best Musical. So far, Cats has been seen in 30 different countries and 15 different languages.

The musical tells the story of a tribe of felines known as Jellicle cats and the one night each year they gather to decide which one will be reborn. While the sung-through musical has no leads, it certainly has its share of standout characters. Everyone's aware of Grizabella, the former glamour cat who's famous for the show's breakaway hit, Memory (the role was originated by the great Betty Buckley). But there's a whole slew of feline characters in the show who are prevalent like Mr. Mistoffelees, Rumpleteazer, Rum Tum Tugger, Gus, Jennyanydots, Macavity and Old Deuteronomy.

Brandon Michael Nase plays Old Deuteronomy in the national tour of Cats. He's the wise, elderly cat beloved by his tribe. Nase has a depth of musical theater experience on his resume. I caught up with him recently to talk about the appeal of the show and the power of its longevity.

"In the realm of Andrew Lloyd Webber shows, Cats is iconic in a different way than any of his other shows," Nase says.

It's true when Cats made its way to London's West End and then to Broadway, it was unlike anything anyone had ever seen before.

"There aren't a lot of shows — period — where people are dressed as animals, but then there's the makeup plots, the costuming, the lighting, the choreography and the musical connection; it's almost trance-like," Nase says.

The music in the show is some of the most memorable in the Broadway canon, but Webber's scores are also infamous for being deceivingly difficult.

"You hear it and think it's great but don't understand the heights and depths of it, and how different genres jump around. Especially in Cats … there are all these different genres in this one show," says Nase. "It's this hybrid of music and hybrid of dancing that captivates people every time they see it," he adds.

It's perhaps serendipitous that Nase is the one who got cast to play Old Deuteronomy. His character is the father of the tribe so to speak, and Nase is a dad in real life to two young kids. In fact, he's the only member of the cast who has children. Stepping into this role, he says, is relatable to him.

"Considering the way I parent my children, Old Deuteronomy became an easy fit as I began to explore the character with the director," Nase says, noting the character's reputation for being a loving, warm, welcoming leader. "Old Deuteronomy isn't going to scold, he's not going to give you a spanking or ground you. He's going to offer advice. He's going to offer thoughts and outlooks and see what you can glean from that and hope you will make a decision to better yourself and your tribe as a whole," he adds.

ABOUT THE LONGEVITY OF CATS

Anyone who has seen a great production of Cats will attest to the spellbinding element of the musical. There is truly a magic about it that stands apart from other musicals. Nase says he's experienced nights meeting fans after the show in which they've shared their memories seeing Cats at the Winter Garden Theatre in New York City when they were little during its original Broadway run, and now they're bringing their own children or grandchildren to the show.

Both the music and choreography in Cats is iconic, and you can expect a new experience if you've seen the show before. While this production maintains much of Gillian Lynne's original choreography, you'll see lots of new moves thanks to new choreography by Andy Blankenbuehler. There's a new approach to the music, too.

"There's new choreography, and certain songs have been cut out, and there are some songs that are now sung by different cats," says Nase. "It's going to be new to people who have seen it before, yet it contains the same joy and magic. The new aspects elevate it yet again in 2019 to an incredible place," he adds.

While Cats promises something both familiar and new on the tour, Nase says he believes kids are the ones who "get" the story the most.

"The actual message of Cats is unconditional love and acceptance," says Nase, noting Grizabella's storyline of being shunned then getting another chance. "Kids are the ones who get it the most. They're the ones asking why everyone else is being so mean to her. Of course, at the end, they finally accept her. I hope that's what kids take away — this idea of acceptance and unconditional love that we should offer to all people regardless of anything," he adds.