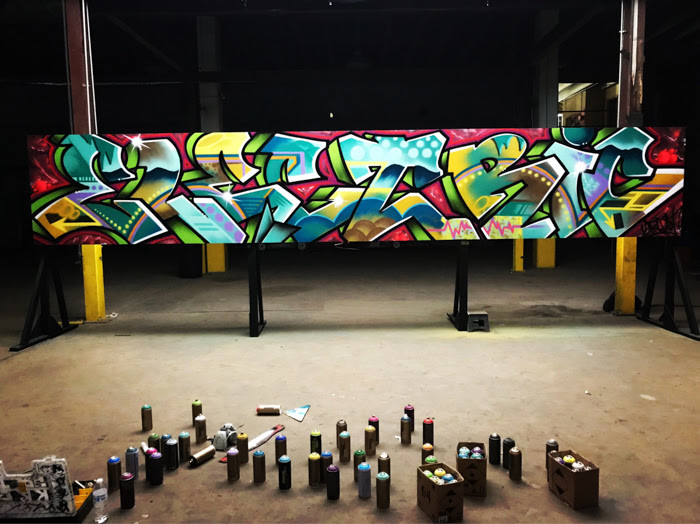 Columbia State Community College’s Pryor Art Gallery will host “The Art of the Streets,” a workshop and demonstration from two well-known Nashville graffiti and mural artists Troy Duff and Eric “Mobe” Bass in conjunction with a college-produced video of the same name.

The event will take place on March 24 from 1 – 4 p.m. behind the rear parking lot on the Columbia Campus. Space for the hands-on portion of the workshop is limited, and those wishing to participate must register prior to the event.

“The Pryor Art gallery has in the past produced both videos and art workshops,” said Rusty Summerville, Pryor Art Gallery interim curator. “However, we have not done this, conducted a workshop related to a gallery produced video. This should be an interesting and fun event.”

All materials, including spray paint and sheets of plywood, will be provided free of charge to those who preregister. These slots will be filled on a first-come, first-served basis. The instructional portion of the event does not require registration. Those attending are encouraged to bring their own folding chair.

The video below, in which both Duff and Bass are interviewed, addresses the history of the street art style.

“The workshop and demonstration will be conducted by two of the artists interviewed in the video,” said Summerville. “Not only does the video delve into the personal styles of four of Nashville’s finest graffiti, street and mural artists, but the introduction of the video briefly tells the history of the art form. It begins with the prehistoric cave paintings, goes through the writings on the wall in Roman times, and finishes with the modern-day resurrection of graffiti.”

Troy Duff, a Nashville native and graffiti artist who has also lived and painted in L.A., began painting graffiti in the early 1990s. One of Duff’s most notable projects was a graffiti piece for country music artist Keith Urban related to his album titled, “Graffiti U.” Duff also painted a graffiti bass guitar that Urban played on his Graffiti U tour.

Eric “Mobe” Bass, known for works around the country, first became interested in graffiti in high school. This eventually led him to become a muralist, which is another type of street art based on representational work. His most recognizable and largest mural was for the Tennessee Titans located in downtown Nashville titled, “Tennessee Tough.” Mobe is currently working on a second, larger mural for the Tennessee Titans.

For more information on The Art of the Streets, contact Summerville at 931-540-2883 or rsummerville@ColumbiaState.edu.

FIND THINGS TO DO!