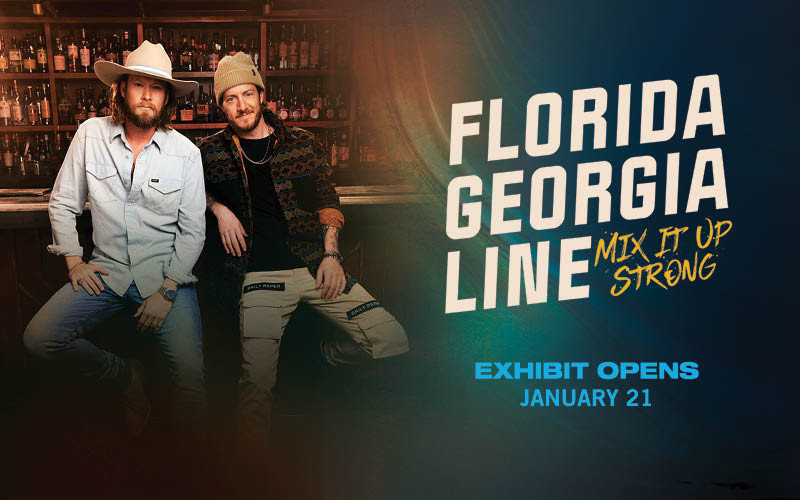 The Country Music Hall of Fame and Museum is set to explore the music and career of Florida Georgia Line – the duo comprised of Tyler Hubbard from Georgia and Brian Kelley from Florida – in the exhibit Florida Georgia Line: Mix It Up Strong. The exhibit traces the duo’s friendship and collaboration, from their meeting in college to their swift emergence as a multiple-award-winning, genre-blending, fan favorite.

“Florida Georgia Line expanded the country music audience and created some of the most popular recordings in the genre’s history by embracing hip-hop and rock influences,” said museum CEO Kyle Young. “In less than a decade, Brian Kelley and Tyler Hubbard have had twenty-five singles reach gold, platinum or multi-platinum status, with two of those singles – ‘Cruise’ and ‘Meant to Be’ – reaching the elite plateau of diamond sales certification. Very few artists in any genre accomplish that feat even once. The museum looks forward to exploring the duo’s distinctive music and career in this special exhibit.”

Objects featured in Florida Georgia Line: Mix It Up Strong include instruments, awards, stage and screen costumes and personal artifacts. 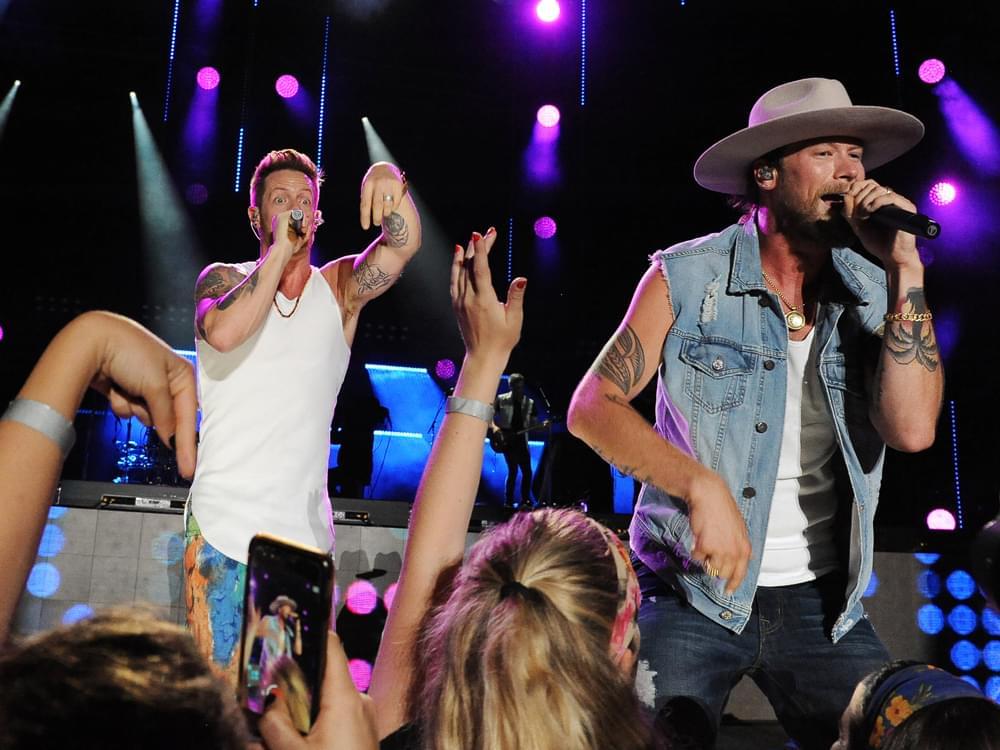 Florida Georgia Line burst onto the country music charts in 2012 with their first single, “Cruise.” The song became a record-breaking #1 country hit, and its remix featuring the rapper Nelly hit #4 on Billboard’s all-genre Hot 100 chart. Their sound – a blend of hip-hop cadences, small-town themes and country instrumental flourishes – helped usher in a new era for the country genre. “Cruise” earned diamond certification from the Recording Industry Association of America, becoming the first country single to attain sales and streams equivalent to 10 million units. They went on to earn a second diamond-certified single with “Meant to Be,” a 2017 collaboration with pop singer Bebe Rexha.

“I still remember being at the Country Q studio with BK [Brian Kelley] recording ‘Cruise,’ and having this feeling like we had created something special,” said Tyler Hubbard. “And I’ll never forget when BK said, ‘We’re gonna sell a million copies of this song.’ I thought he was shooting for the stars then! Neither of us had any idea what would happen next. To be chosen for an exhibit is the ultimate honor as an artist, and we can’t thank the Country Music Hall of Fame and Museum enough. I can’t wait for opening day, when we can stand back and take in this blessing with everyone that’s supported us along the way.”

In support of the exhibition’s opening, Tyler Hubbard and Brian Kelley will participate in a conversation and performance in the museum’s CMA Theater on Sunday, Feb. 6, 2022, at 2 p.m., discussing their career and sharing personal stories and memories associated with the artifacts included in Florida Georgia Line: Mix It Up Strong.

More information about this exhibit can be found at www.CountryMusicHallofFame.org.