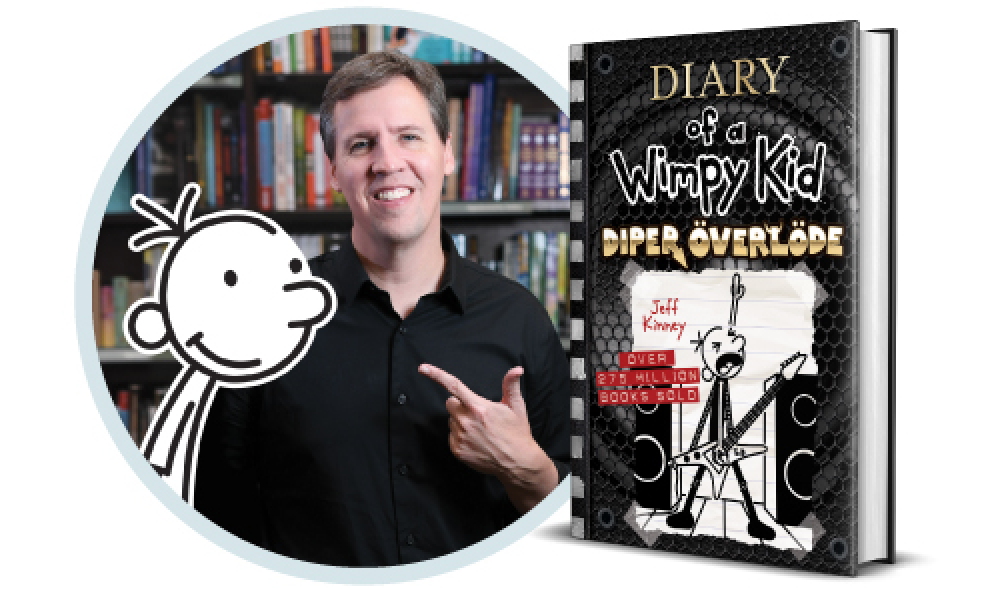 Bestselling author Jeff Kinney, creator of the Diary of the Wimpy Kid series, is celebrating his new book Diper Överlöde with a concert-style event at 6 p.m. on Friday, October 28 at Vanderbilt University Blair School of Music.

Hosted by Parnassus Books, the Diper Överlöde Show will feature a performance of “Can You Smell Us Now,” the hit song performed by Löded Diper in Disney’s upcoming movie Diary of a Wimpy Kid: Rodrick Rules!

In addition, local concert-goers will have opportunities to show off some of their singing, dancing and musical talents onstage. The Diper Överlöde Show will be a one-of-a-kind event your young viewers and their families will not want to miss!

“Can You Smell Us Now” is available on major music platforms. Check it out on Spotify here.

In Diper Överlöde, book 17 of the Diary of a Wimpy Kid series from #1 international bestselling author Jeff Kinney, Greg Heffley finds out that the road to fame and glory comes with some hard knocks. When he decides to tag along with his brother Rodrick’s band, Löded Diper, Greg doesn’t realize what he’s getting into. But he soon learns that late nights, unpaid gigs, fighting between band members, and money troubles are all part of the rock’ n’ roll lifestyle. Can Greg help Löded Diper become the legends they think they are? Or will too much time with Rodrick’s band be a diper överlöde?