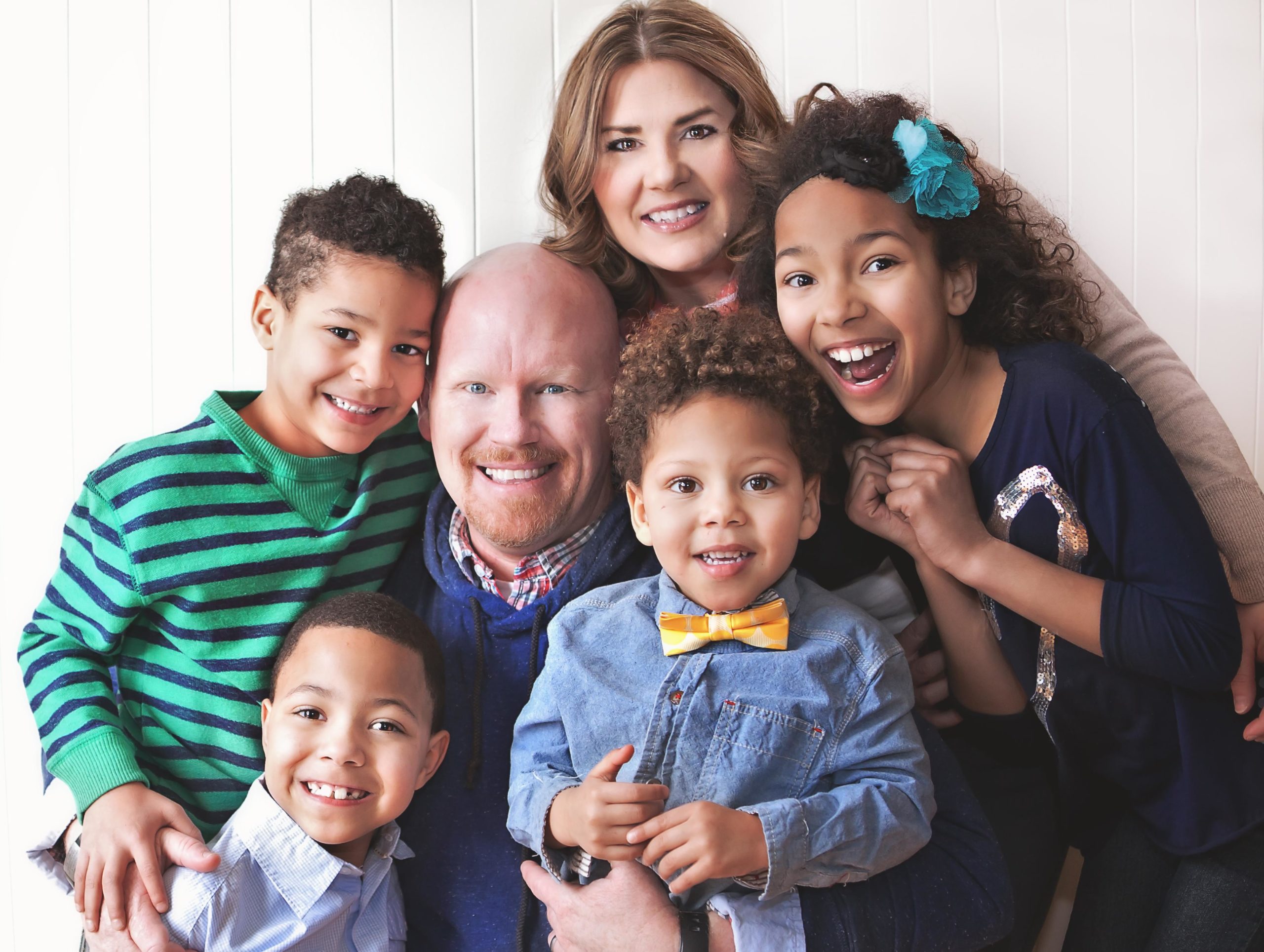 Approximately 50,000 children are adopted from within the United States each year, according to the National Adoption Information Clearinghouse, and nearly everyone knows someone who has adopted a child or is an adoptee themselves.Yet misconceptions still surround the adoption process. Thanks in part to the media and a minute number of problematic cases perpetuated by made-for-TV movies, a host of myths exists in the minds of many Americans. The fact is that for the overwhelming majority of parents, birth mothers and children, domestic adoption has been a life changing experience that they highly recommend.

Under Tennessee law, adoption is open to anyone older than 18 years of age. Parents can be married or single, gay or straight, of any race or religion, childless or already parents, as long as they meet some basic health and financial requirements.

Simply put, by law, adults who are physically and financially able to raise a child are eligible to adopt. However, private adoption agencies may screen applicants by setting age limits – mid-40s is a typical cut-off – or only working with heterosexual couples who have been married for a certain number of years.

While such practices may seem discriminatory, adoption professionals are actually trying to meet the needs of their clients. In the case of newborn adoptions, Kim Tant, pregnancy and adoption counselor for Caring Choice of Catholic Charities says, "We work with singles and married couples, but most birth parents are looking for couples."

In most cases, domestic adoptions cost anywhere from $0 to $35,000, with most agencies charging around $12,000 for a variety of services that can include home study fees, placement fees, legal fees, counseling expenses and medical costs, according to Lisa L. Collins, Esq., a Nashville-based adoption attorney for the last 11 years and a fellow of the American Academy of Adoption Attorneys.

Many agencies charge parents on a sliding scale based upon income, and contrary to popular belief, private adoptions through an attorney are no more expensive than agency adoptions since lawyers can only charge clients for actual expenses. The news gets even better: an increasing number of employers, including 65 percent of Fortune 500 companies, provide an average of $5,000 in adoption benefits, and parents with an annual income up to $150,000 can earn as much as $10,950 in tax credits for adoption related expenses.

Like cost, timing varies widely and is based on a variety of factors. Collins says, "It depends on the route you choose. It can take a few weeks to a few years." Approximately 30,000 American infants are adopted each year, and the wait for a newborn is typically between one-and-a-half to two-and-a-half years.

For some, the wait is shorter because prospective parents may have certain qualities that a birth mother is looking for or because they participate in the private adoption of a child who's been referred to them through their church or through networking and advertisements.

Nearly half of the children adopted in the U.S. last year were more than 12 months old. Adopting a waiting child can be a much faster and less expensive process, costing as little as $1,500 (reimbursable though federal grants or the tax credit) and taking just a few months to complete.

Andrea and Scott Walters of Murfreesboro recently adopted their healthy, happy 2-year-old son Riley via the state's Department of Children's Services' Center for Adoption after a mere nine month wait. They couldn't be happier with their decision, and Andrea says, "I can't imagine our life without him. It was meant to be. Adoption is an amazing thing and brings such joy. Seeing Riley gives other people hope that the adoption process really works."

There are basically two ways to adopt a child domestically: agency adoptions and independent adoptions. In a typical agency scenario, adoptive parents attend information meetings, complete applications and attend counseling sessions to prepare them for the emotional journey to come.

They then create a profile that can include pictures of themselves and their families, biographies and personal letters, which birth parents review to pick the best potential match for the child. Once birth parents have selected their preferred adoptive parents, the agency often facilitates a getting-to-know-you meeting for both parties. "It's a little scary at first," admits Amy Braxton who, with husband Craig, adopted son Brian 15 months ago. "But we got to know Lori (Brian's birth mother) over a period of time through casual meetings. Now we feel really relaxed about it. We know her and her family really well."

Rather than utilize an agency, many couples choose independent adoption via an adoption attorney. In these cases, adoptive parents can use advertisements, the Internet, networking or letters to obstetricians and social workers to put the word out that they are hoping to adopt, but they need a lawyer specializing in adoption law to navigate the legal paperwork once birth parents are found.

In other situations, an adoption lawyer can help search for birth mothers and screen potential candidates to ensure a solid match. While they're a legal and necessary part of both independent and agency adoptions, true adoption attorneys are a rare commodity. To find one in your area, contact the American Academy of Adoption Attorneys at 202-832-2222.

No matter what type of adoption you prefer – newborn or older child, through an agency or attorney – every prospective parent must complete a home study before an adoption can move forward. Despite the term "home study," most of the process takes place elsewhere. Home study is an assessment of you and your family made by a state licensed social worker.

Once a child is snug and happy in his new home, there is a six-month waiting period before the adoption is legally finalized. During that time, a social worker will drop by for two additional home visits just to make sure everyone's doing well.

One of the reasons parents choose to adopt domestically is the ability to take home a newborn baby. Whether it's the desire to experience dirty diapers and spit-up or simply the wish to bond immediately with their new son or daughter, many couples are willing to wait an extra few months for the chance to begin their parenting journey in the delivery room.

Having a personal relationship with the birth parents or at least knowing their medical history is a huge benefit of adopting within the U.S. Collins says, "Tennessee law requires certain medical, social and educational material be provided on birth families for up to three generations, including information from the OB/GYN, the pediatrician and the hospital.

In international adoptions, parents receive as much information as is available – depending on whether the child was abandoned or if the parents were available for questioning." This information is especially important for parents of the tens of thousands of toddlers and older children adopted each year.

Having contact with birth families not only ensures accurate medical histories, it also provides psychological peace of mind for adopted children. Several studies have found a correlation between closed adoption and low self esteem among adopted adults, while teenage adoptees have a higher than average use of mental health services for identity problems.

The hypothesis is that a person with no sense of past or family history can't fully come to terms with themselves as an individual. Birth parent secrecy also contributes to negative birth parent images, but can just as easily fuel unrealistic fantasies about perfect birth parents that are somehow better and more loving than a child's adoptive family.

Unlike international adoption, where children have already been surrendered to the government, the adoption of a newborn carries the slight risk that a birth parent may change their mind. Tant explains, "Most of the time when the birth parent has a change of heart, it's prior to or during the hospital experience. It's extremely rare for a child to be removed after placement." Collins agrees, "In my experience, if a birth mom is going to change her mind, it's in the hospital, before the parents have the child in their home, but it's not common."

The risks involved in adopting a toddler or older child include physical or emotional problems, learning disabilities or other behavioral issues related to adjusting to a new home, new caregivers, new rules, foods, schools and possibly new siblings. In the U.S., all existing physical and emotional disabilities are disclosed up front and prospective parents have many chances to meet with and get to know waiting children before making a decision. However, there are plenty of adoptable older children, like the Hennessy's son Riley, with no issues whatsoever.

Unfounded fears, sensationalist movies and newscasts of drug-addicted birth mothers and open adoption is what keeps many prospective parents from considering domestic adoption. Erin Cotham, a birth mother whose son was adopted 18 years ago and who currently runs a birth parent support group through Miriam's Promise adoption agency says, "That's a huge misconception. My typical client is in her mid-20s and parenting another child.

These are women who have worked hard to choose the right family. They love their children so much that they are willing to break their own hearts to find the best family for them." Attorney Collins echoes that sentiment, "The kind of birth mothers I work with are the best kind of mothers I know because they put the needs of their child before their own." Twenty-year-old, Dani Mitchell's newborn son was adopted 15 months ago.

She says, "It is hard. But when you stop crying, you know you did the best thing in the world for your child. You may not get to see your child every day, but there are very few people in the world who can say they did the very best thing for them. I'm at a point now that I'm happy to spread the word that adoption is a good choice."

The best way to get started is to meet with a professional, either a licensed adoption agency or a certified adoption lawyer. Both are experts in the paperwork, laws and processes. In addition, an adoption specialist like Tant or Collins will be able to explain the available pathways to adoption, discuss pros and cons and put you in touch with adoptive parents to help answer your most personal questions. Tant says, "We encourage couples to visit many different agencies before making a decision; find the one that feels right."

The Braxtons did just that. Amy recalls, "We looked at many agencies, but some offered no counseling and others had contracts with typos, so we kept looking. When you do it, do it right." Collins agrees. "Go to a reputable agency or lawyer," she says. "The biggest fear of adoption is the unknown. The more knowledge you gain, the more the fear goes away."

The lesson here is that if you are considering adoption, don't be swayed by uninformed gossips and cheesy TV melodramas. Domestic adoption enriches the lives of thousands of families each year in the United States. By meeting with an adoption professional and doing a little soul searching, you can decide which path to parenthood is right for you.

— Deborah Bohn is a local mother and writer. 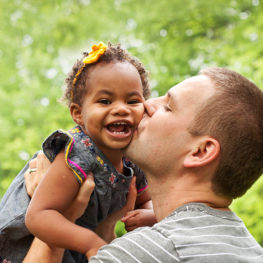 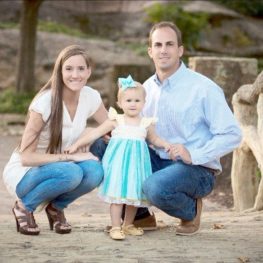 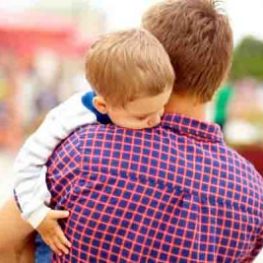 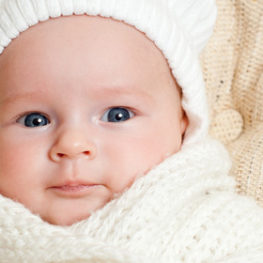