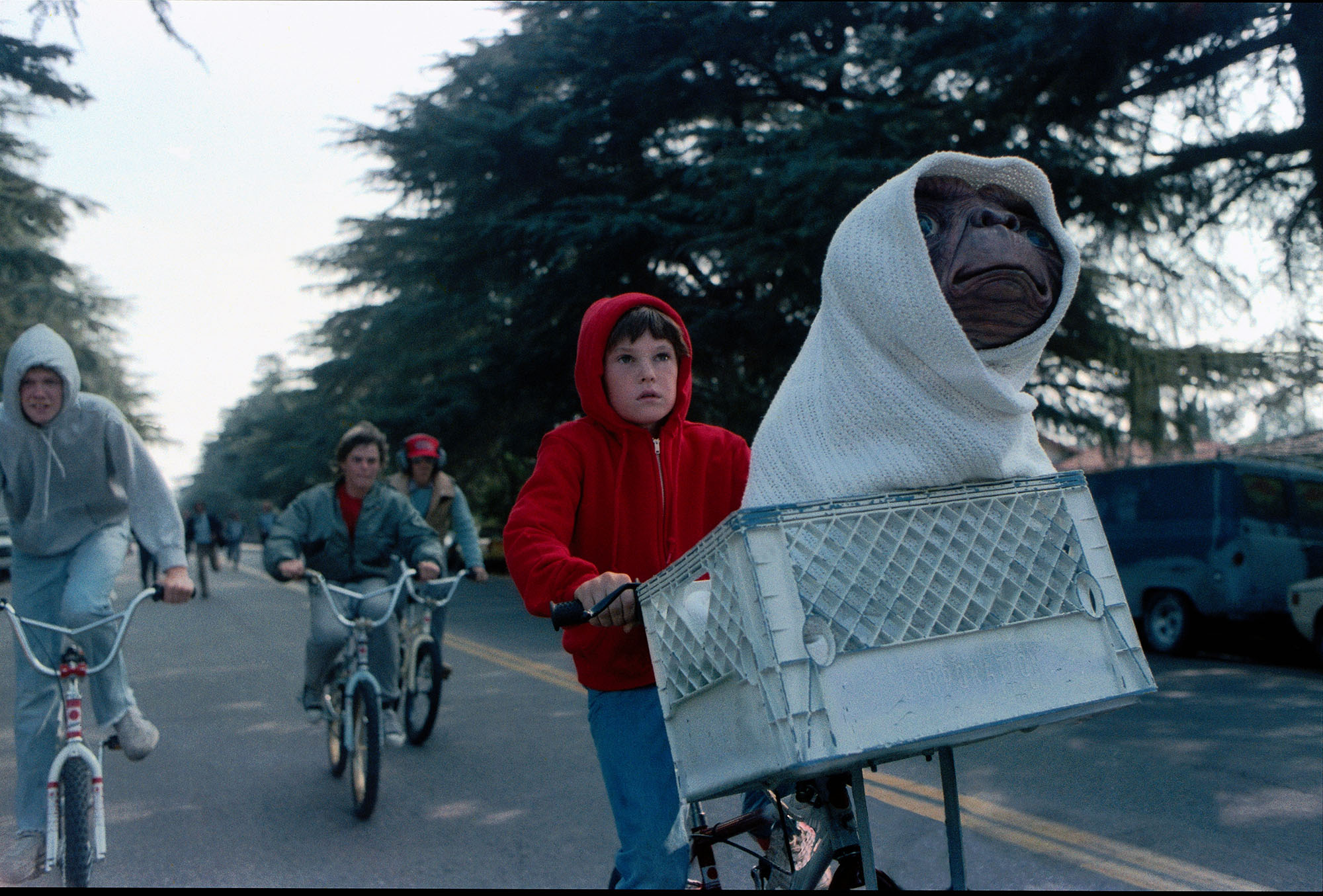 Phone home with some good news, alien aficionados: Stephen Spielberg’s beloved sci-fi classic is returning to the big screen on an epic scale. E.T. The Extra-Terrestrial premieres at the Tennessee Aquarium IMAX Theater on Thursday, Aug. 11.

Digitally remastered and optimized for viewing on the giant, six-story IMAX screen, the film’s return to theaters will bring Spielberg’s masterpiece to audiences old and new.

Celebrating its 40th anniversary this year, E.T. is one of the most enduring films in Spielberg’s acclaimed library. Released in 1982 by Universal Pictures and Amblin Entertainment, the classic story of an alien who longs for home and its friendship with a young earthling was the highest-grossing movie of the year and garnered nine Academy Award nominations – including Best Picture – and four wins.

This family film explores the story of a peaceful alien who becomes stranded on Earth before being discovered by a boy named Elliott (Henry Thomas). When Elliott welcomes the alien, who he calls E.T., into his suburban home, he and his little sister Gertie (Drew Barrymore) decide to keep E.T. hidden to keep their newfound friend safe.

When E.T. becomes sick, Elliott must race against the United States government to help his friend find his way back home. Their tearful goodbye as Elliott finally reunites E.T. with its family is a reminder of the overwhelming power of friendship and how good friends will always be close to your heart.

Viewers who see the film at the Tennessee Aquarium IMAX Theater will receive an exclusive 13-by-19-inch mini-poster commemorating this special event and the film’s 40th anniversary. Supplies are limited, and posters are offered on a first-come, first-serve basis.

E.T. The Extra-Terrestrial premieres Aug. 11 and runs through Aug. 18. Information on ticketing and showtimes is available at tnaqua.org/imax/e-t-the-extra-terrestrial.