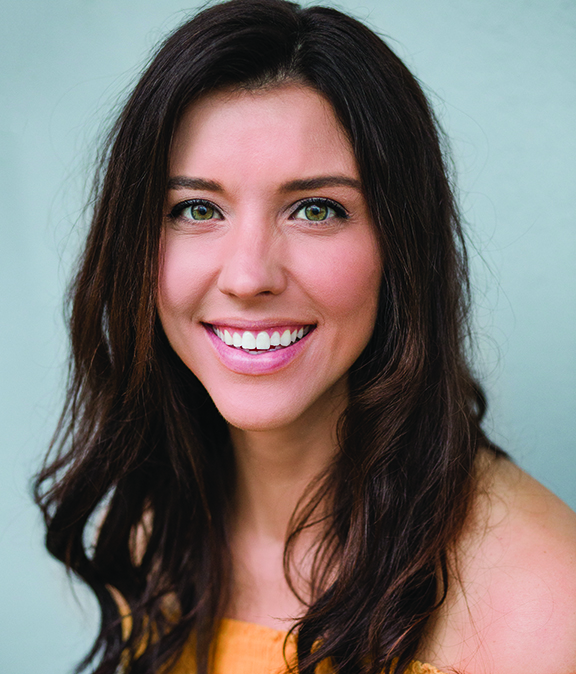 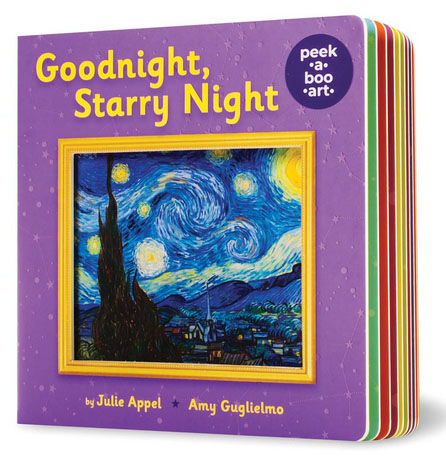 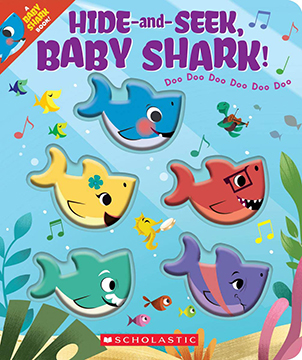 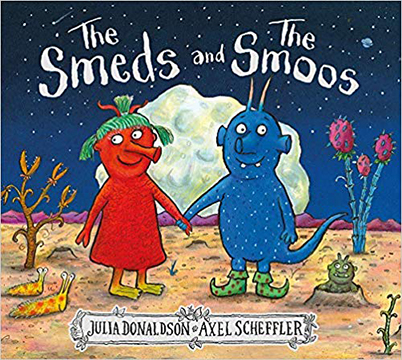 THE SMEDS AND THE SMOOS
By Julia Donaldson and Axel Scheffler
Alison Green Books; $8.26
This is a fun alien love story from the creators of The Gruffalo and Stick Man. The Smeds are red and the Smoos are blue, and their families don’t want them to fall in love because of their differences. But love prevails and peace is restored in this happy love story. 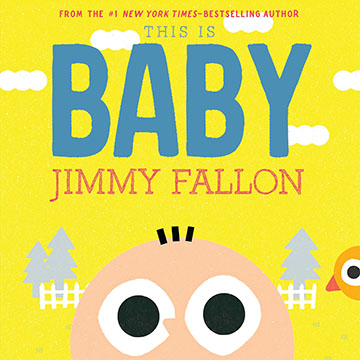 THIS IS BABY
By Jimmy Fallon; Illustrated by Miguel Ordonez
Feiwel & Friends; $16.99
The Tonight Show host's third children's book teaches new babies the words for the various parts of their bodies while laughing, playing and singing. Ordonez' cute artwork perfectly complements the text, from discovering Baby's fingers and toes to head and hair. 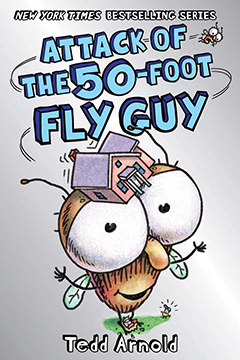 ATTACK OF THE 50-FOOT FLY GUY
By Tedd Arnold
Cartwheel Books; $6.99
Buzz comes home to find that Fly Guy has grown to 50 feet after eating some food from a radioactive trashcan. It’s up to Buzz and the scientist to help solve the problem before police and the military intervene. 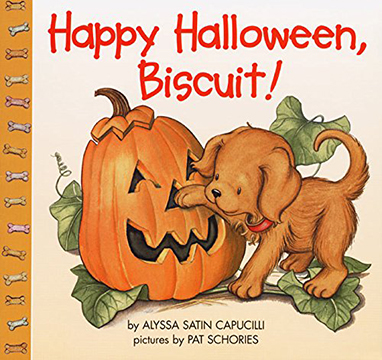 HAPPY HALLOWEEN, BISCUIT!
By Alyssa Satin Capucilli; Illustrated by Pat Schories
HarperFestival; $6.99
In this fun, lift-the-flap book, little Biscuit the dog embarks on his very first Halloween adventure. Pull back the flaps to discover the silly trick-or-treat surprises Biscuit discovers along the way. 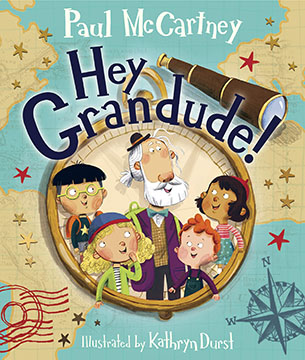 HEY GRANDUDE!
By Paul McCartney; Illustrated by Kathryn Dunst
Random House Children's Books; $17.99
What's better than a grandpa? A GRANDUDE! This delightful picture book by Paul McCartney — yes, THAT Paul McCartney of Beatles fame — draws from the rock star's own experiences as a grandfather. Youngsters are sure to love this whimsical tale as Grandude uses his magic compass to whisk his four grandkids off on spectacular adventures around the globe. Durst's impeccable illustrations bring the story to life. This title is a perfect bedtime story for your little ones. 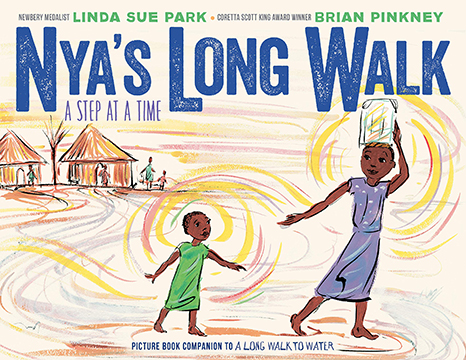 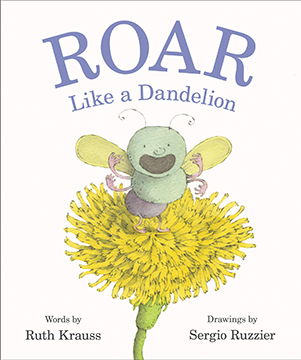 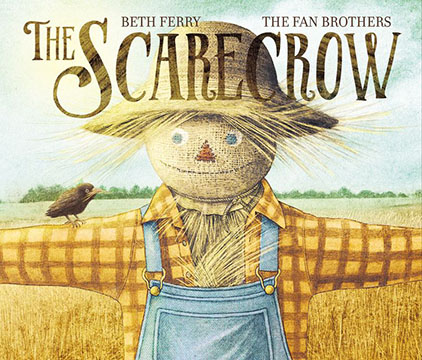 THE SCARECROW
By Beth Ferry; Illustrated by The Fan Brothers
HarperCollins; $18.99
Best-selling author Beth Ferry presents a tender tale of of unexpected friends and the special connection they share. All the critters know not to mess with the old Scarecrow, but he winds up doing the most peculiar thing — saving a tiny baby crow that falls from the sky. it's a wonderful autumn tale. The warm illustrations brilliantly help tell this tale about the joy of helping others. 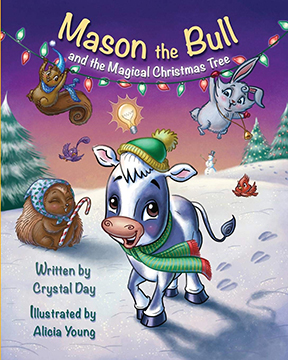 “Music brought me to Nashville, but everything else just fell into place because it’s such a creative place on all fronts. It’s a magical city – except for the traffic,” Day laughs. “But we’re getting there.”

Following a terrible accident involving her dad on the family farm in Virginia, Day decided to take the painful emotions of the near-loss of her father and turn it into something inspiring for kids. Thus, the Mason the Bull book series was born.

“I call them ‘God-prompts,’” Day says. “I always wanted to write children’s books, but when this happened to my dad – he was trampled by a bull on the farm and he had some brain damage, but not a bone in his body was broken – I really wanted to take this tragedy and turn it into something positive, to inspire, and that was the direction I was led on; that was my ‘God-prompt.’”

With the series, Day hopes to inspire children to “dream big – as big as you possibly can – don’t be confined to a small mindset. Be prepared to work really hard at it, but never give up on your dream.”

Plans for the series include follow-ups to the original book, Mason the Bull (Mason the Bull and the Magical Christmas Tree is available now). The series will also include separate spinoffs for Mason’s friends, Bella and Dolly, app development, an animation series featuring Mason and his friends, and a kids’ album.

Find more information on the series at masonthebull.com.

BE ON THE LOOKOUT FOR OUR SPECIAL HOLIDAY BOOK ROUNDUP COMING SOON! 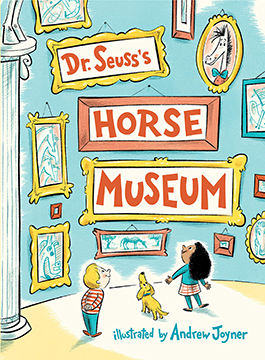 DR. SEUSS'S HORSE MUSEUM
By Dr. Seuss; Illustrated by Andrew Joyner
Random House Books for Young Readers; $18.99
With text discovered in 2013, this never-before-published nonbook is a trip to the museum with a horse as your guide. Explore horse-themed artwork through different famous artists. This title is all about creating and looking at art. 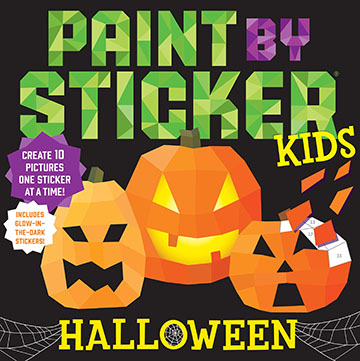 PAINT BY STICKER KIDS: HALLOWEEN
Workman Publishing; $9.95
This awesome activity book is the latest in the Paint By Sticker Series — it's like the classic paint-by-number experiences of days past but with stickers instead of watercolors. It features 34 pages of fun within 10 illustrations. Simply find the appropriate sticker in the book, peel it and place in is corresponding numbered space. This installment features a first: glow-in-the-dark stickers — perfect for every little ghoul and goblin this Halloween season! 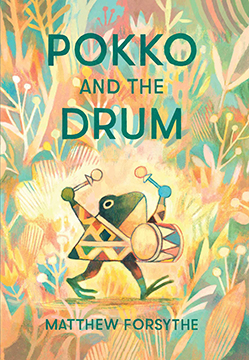 POKKO AND THE DRUM
By Matthew Forsythe
Simon & Schuster/Paula Wiseman Books; $17.99
Pokko, a frog, receives a drum from her dad and immediately begins to bang it. The rhythm attracts all sorts of animals to form a band, including a raccoon, a rabbit and a wolf. Pokko and her dad learn that she is capable of so much in this fun read that celebrates marching to one's own beat. 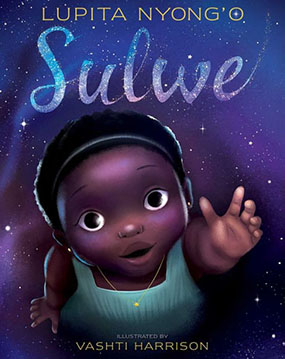 SULWE
By Lupita Nyong'O; Illustrated by Vashti Harrison
Simon & Schuster; $17.99
Sulwe is Kenyan actress and producer Lupita Nyong'O's first picture book. It tells the story of a young girl who's skin is the color of midnight. In fact, she's darker than anyone in her family, anyone in her school. Sulwe only wants to be beautiful and bright, and a magical journey into the night sky shows her just how beautiful and special she is. Vashti Harrison's stunning illustrations propel the story in a powerful way. 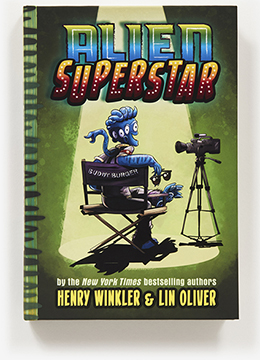 ALIEN SUPERSTAR
By Lin Oliver and Henry Winkler
Harry N. Abrams; $14.99
Emmy Award-winning actor/writer/director/producer Henry Winkler (best known as Fonzie from Happy Days) and children's author/TV and film producer Lin Oliver (currently the directory of the Society of Children's Book Writers and Illustrators) team up for this instant New York Times best seller. It's about Buddy Burger, a six-eyed alien strolling around the Universal back lot. Tourists think he's part of the show, and it doesn't take long for him to land a role on a popular TV show playing an alien. He becomes an overnight hearth throb. It's a fun story full of action, suspense and comedy, all the while spotlighting the value of accepting everyone as they are. 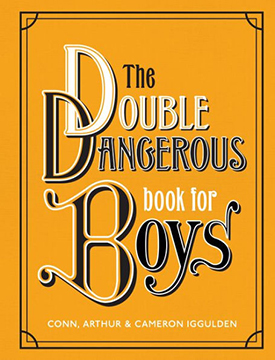 THE DOUBLE DANGEROUS BOOK FOR BOYS
By Conn, Arthur & Cameron Iggulden
Morrow Gift/Harper Collins; $22.99
Who'd have thought that anything could top the original The Dangerous Book for Boys that hit shelves in 2006. Brace yourself, young lads, because this even fatter, more contemporary version is bursting with essential activities and skills every boy should know, from how to build a treehouse to fishing to finding true North. This new edition has more than 70 new chapters giving youngsters important info like how to pick locks, how to create the best paper airplane, how to write a proper thank-you letter and more. Our favorite (at long last): how to solve that blasted Rubik's Cube! The book is packed with tons of colorful charts, maps, diagrams and illustrations. It truly makes the perfect gift from The Great Pumpkin (hint, hint!). 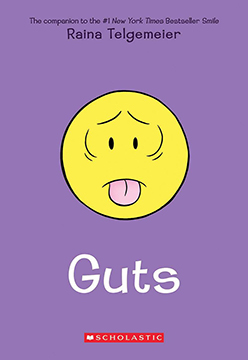 GUTS
By Raina Telgemeier
Graphix; $12.99
Based on a true story, Raina wakes up one night with a massive stomach ache, and everything at school only adds to it. An authentic and powerful story about overcoming fear and growing up. 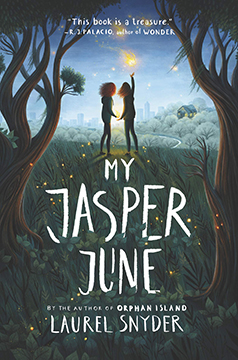 MY JASPER JUNE
By Laurel Snyder
Walden Pond Press; $16.99
A story of friendship, Leah and Jasper both feel lost in a world where the tough realities of their lives challenge them every day. 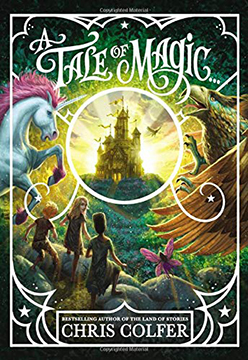 A TALE OF MAGIC…
by Chris Colfer
Little, Brown Books for Young Readers; $18.99
Brystal Evergreen finds a book in the secret section of the library that introduces her to a whole new fantastic world of magic, but it's also a world where women are not allowed to read and magic is outlawed. A story of struggle and triumph, it’s up to Brystal to help save the fate of the world from an evil plan.