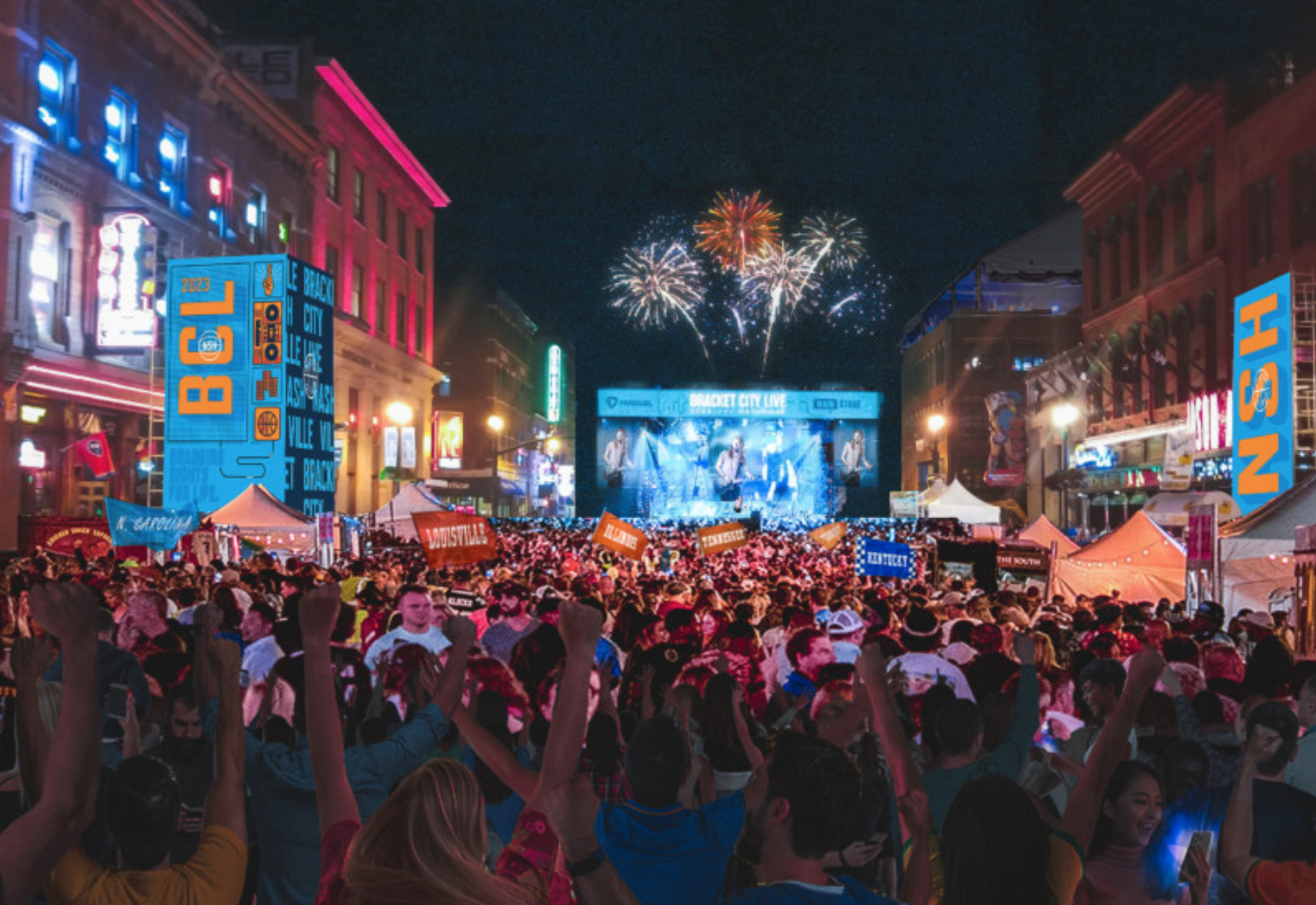 FanDuel Bracket City Live will take over Lower Broadway in Nashville on March 16 – 18, 2023, coinciding with the initial rounds of college basketball postseason games.

“Bracket City Live is a three-day holiday to celebrate and create the unforgettable moments that come with the best time of the year for college basketball,” says Bobby Sloan, associate principal at Populous and executive producer of Bracket City Live.

2023 FanDuel Bracket City Live will showcase a variety of musical performances across two stages, a chance to interact with fellow fans and the opportunity to engage in the action of college basketball. The festival’s expansive footprint will host activations and stages down Nashville’s famed Lower Broadway and along the riverfront.

In addition to announcing the festival today, 2023 FanDuel Bracket City Live is opening its largest giveaway to fans. Starting now, fans can enter to win a trip to Bracket City Live for four which includes a travel voucher, lodging, and exclusive experience packages. To enter to win, follow Bracket City Live (@BracketCityLive) on social media and reply (Twitter) or comment (Facebook and Instagram) on the event’s giveaway announcement, tagging three of your friends. For more information on the contest, click here.

To stay up to date on the latest news and talent announcements for 2023 FanDuel Bracket City Live, visit BracketCityLive.com and follow the festival’s social accounts on Facebook, Instagram, and Twitter. The musical lineup will be announced in the coming weeks.