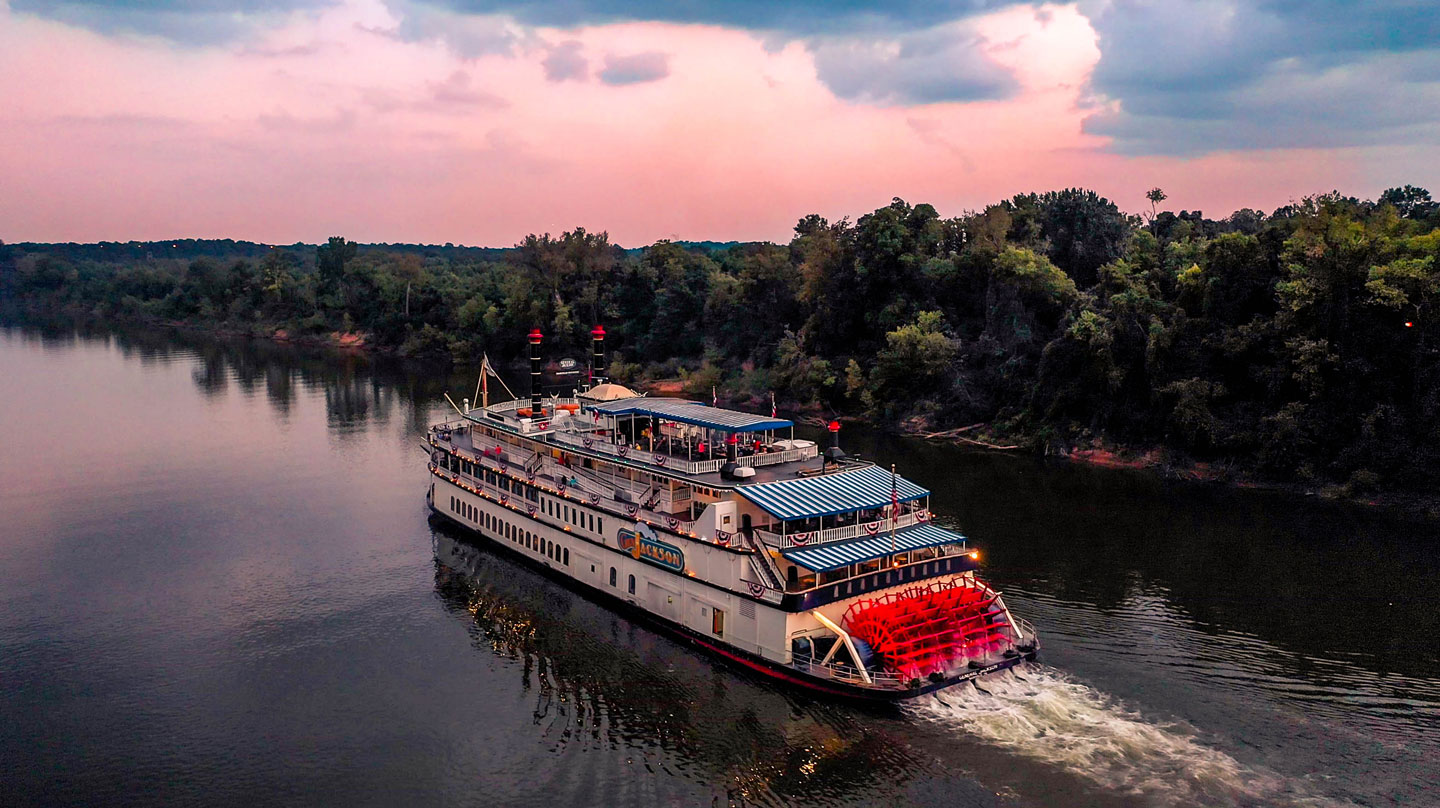 The General Jackson Showboat, one of Gaylord Opryland Resort’s most popular attractions for the past 37 years, will be offering new entertainment for guests. Beginning on March 11, 2022, the showboat will be debuting a brand-new evening dinner cruise show, Rollin’ on the River.

The show will run through mid-November and celebrates music from some of America’s iconic river towns. From Mississippi to New Orleans to Memphis, guests can look forward to hearing a live musical performance including jazz and swing favorites like “Jump, Jive, and Wail”, R&B number one songs including “Soul Man” and “Respect” along with renditions of hits from Little Richard, Jerry Lee Lewis, and Elvis Presley.

In addition to the brand-new evening dinner cruise show, guests can also hop aboard for the midday lunch cruise featuring the Tennessee Legends show which pays tribute to world-famous musicians who have roots in Tennessee, including Dolly Parton, Elvis Presley and more, complete with guitars, fiddles, and live singing.

Patrick Walker, general manager of the Showboat shares his positive sentiment regarding Rollin’ on the River.

“We are thrilled for the Rollin’ on the River debut. The brand-new, soulful show pays homage to the jazz, swing and R&B era,” he says. “Guests can look forward to an incredible performance by our extremely talented cast.  As always, guests can also look forward to a delicious Southern Style meal. Rooted in true Nashville tradition, the General Jackson Showboat is an attraction unlike any other and we are honored to offer one of most memorable and unique experiences in the city to both locals and tourists alike.”

The year-round cruises include first-class live entertainment, delicious meals, and views of Nashville not found anywhere else. Whether cruising for lunch or dinner, inside the beautiful Victorian Theater guests will partake in a delectable, three-course Southern meal prepared by Gaylord Opryland Resort’s award-winning chefs. Afterwards, guests will enjoy music-filled, on-board live entertainment.

With four massive decks offering outside and inside access, the boat hosts not only show cruises, but it is also an in-demand venue for private events, such as corporate meetings, parties, weddings, and proms. Guests can also choose to enhance their holidays by booking a special event cruise.

The General Jackson Showboat, built by Indiana-based Jeffboat, was launched April 20, 1985, and was christened July 2, 1985. The boat can hold 1,000 passengers and up to 172 crew members. The paddlewheel riverboat stands 77 feet tall and 300 feet long, making it one of the country’s largest showboats. The paddlewheel itself is 36 feet long, 24 feet wide and weighs 36 tons. Two Caterpillar 3512 engines, each with 1050 horsepower and 880 kilowatt generators, are responsible for powering the vessel, which has a maximum speed of 13 miles per hour.

Cruise options include main floor seating, second floor seating or a one-of-a-kind Captain’s Table experience featuring a tableside greeting and tour of the pilothouse by the captain, upgraded dessert plus a souvenir specialty drink and shirt from the on-board gift shop.

For tickets and more information on the General Jackson Showboat, please visit generaljackson.com. 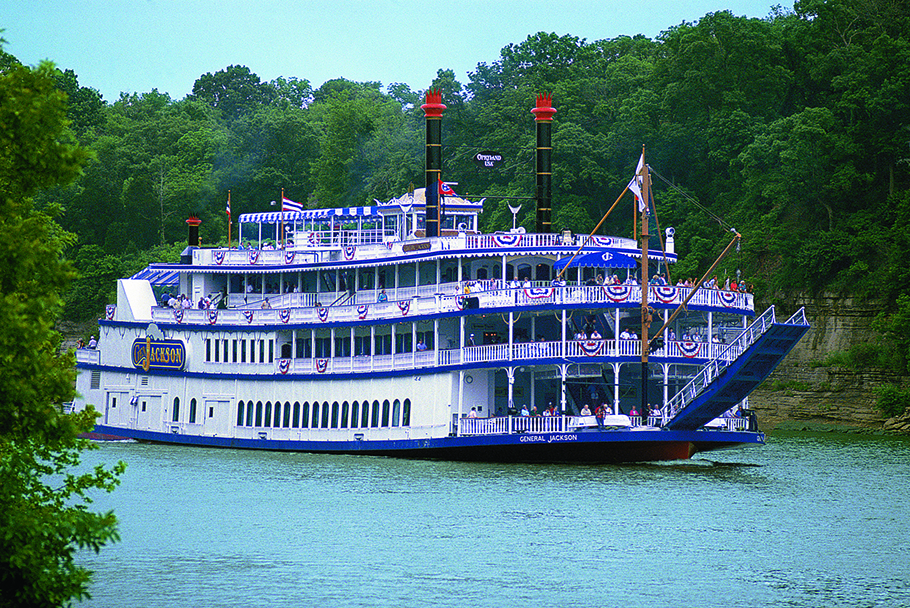 It’s Showtime! Step On Board the General Jackson Showboat