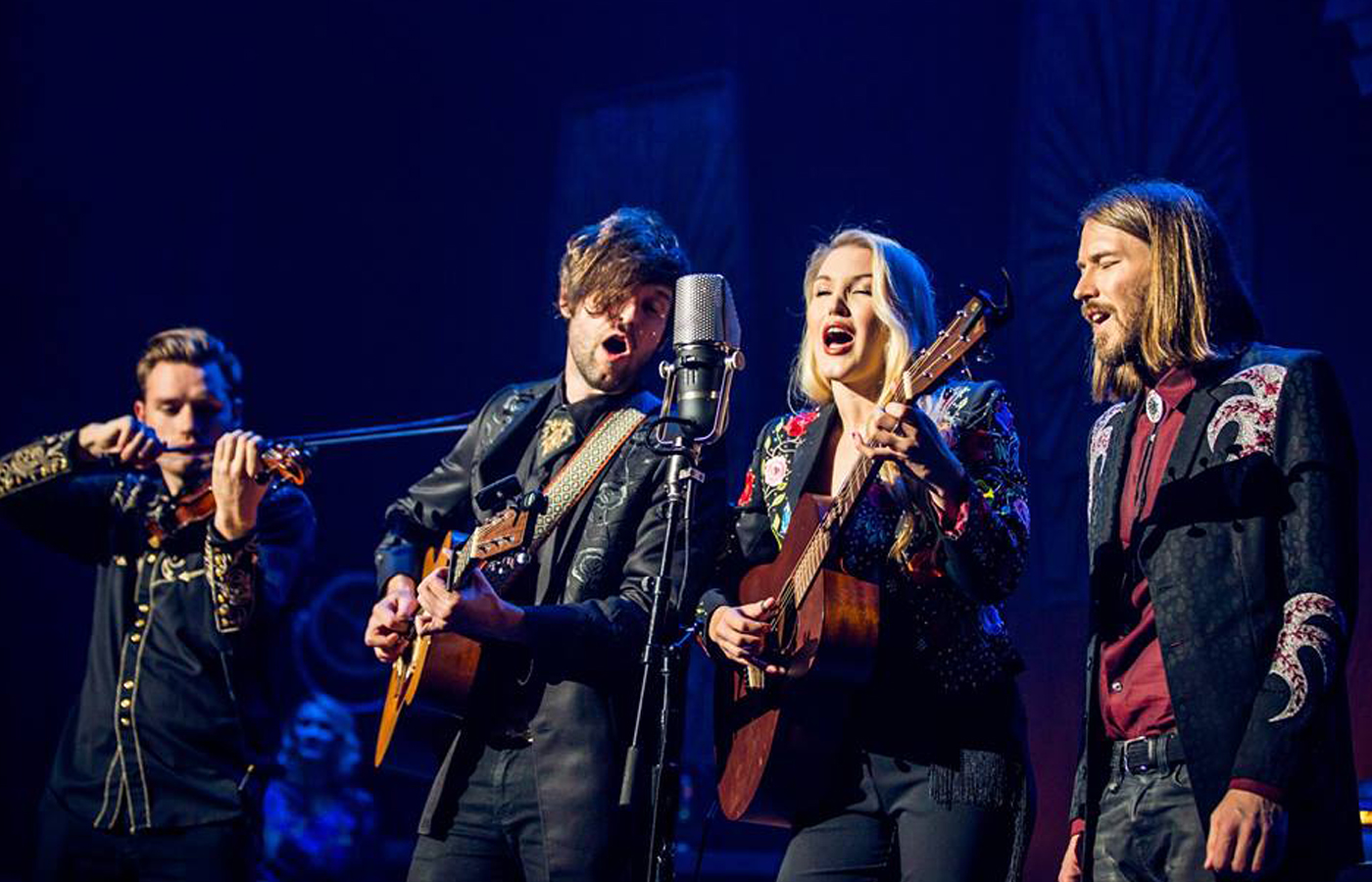 Glen Campbell may no longer be with us on this physical plane, but his spirit is undeniably alive and well inside the historic Ryman Auditorium this weekend. Studio Tenn's magnificent musical tribute to the "Rhinestone Cowboy" is a sensational celebration of one of America's greatest musical icons.

Studio Tenn's latest installment of its popular Legacy series saluting artists who've left an indelible impact on our culture is a bit different than its predecessors that have included musical send-ups to Hank Williams, Johnny Cash and Ray Charles. While they've all been tremendous musical experiences, there's something extra magical in the air with The Glen Campbell Legacy.

This is the first Legacy show that includes the artist's family and musicians. Four of Campbell's children — Ashley, Cal, Shannon and Dillon — perform several numbers throughout the night. In addition, most of the musicians on stage either toured on the road with Campbell for years or played on his records, including the multi-talented Carl Jackson who served as Campbell's banjo player. Furthermore, local favorites like Grammy-winner Steven Curtis Chapman, Carrie Tillis, Patrick Thomas and Val Storey also share the stage for standout musical moments.

To the talent add a spectacular set by Artistic Director Matt Logan and Technical Director Mitch White — it's a replica of the set from The Glen Campbell Goodtime Hour, the country legend's landmark variety show that aired on CBS from 1969 – 1972.

Chapman, a childhood fan of Campbell, kicks things off with a heartfelt tribute number he wrote for his musical hero that's chock-full of references to Campbell's hit songs. Jackson and Ashley Campbell follow by delivering an impeccable rendition of one of Campbell's biggest hits, "Gentle on My Mind."

Altogether, the cast serves up 30 tunes, ranging from emotional ballads to jovial uptempo hits. It's an incredibly memorable night of music and stories as Logan intermittently shares details about Campbell's life, songs and legacy with the audience. Campbell's kids and the other on-stage talent chime in to share memories, too.

Thomas delivers two crowd favorites: a triumphant rendition of "Rhinestone Cowboy" and a rollicking version of "Southern Nights" in which Thomas wows the audience with his prolific piano playing.

While the night of music is remarkable from start to finish, it's the numbers performed by Campbell's children that strike the greatest emotional chords. From Ashley's self-penned tune about her dad, "Remembering," to a duet with brother Shannon, "Hey Little One," there's something extra special about the experience of those songs. In particular, Shannon's beautifully haunting performances of "Highwayman" and "I'm Not Gonna Miss You" are deeply moving. Fittingly, the Campbell siblings wrap the evening with the title track from Campbell's final album, "Adios," before the full cast joins together in a soul-stirring rendition of "Amazing Grace."

Tickets are still available for Sunday night's show. If you're a Glen Campbell fan, this is an experience you must not miss. While it probably won't resonate with young children, it's a perfect date night outing, so call up the babysitter and make your way to the Ryman!