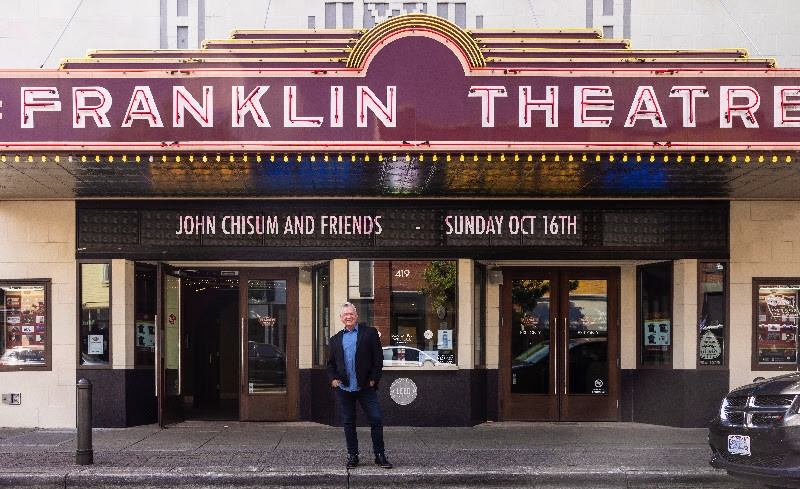 Contemporary Christian music artist John Chisum is set to host “An Evening with John Chisum & Friends” this Sunday, October 16 at the historic Franklin Theatre. The event will benefit Hands Across the Sea, a children’s literacy organization serving over 850 schools in the Eastern Caribbean.

The evening will be upbeat, fun, entertaining, and worshipful, reflective of Chisum himself, who is known for his humor and easy-going nature, as well as for decades of writing and recording his unique brand of praise and worship music. The writer of numerous Top Ten and No. 1 songs, with more than 400 of his own songs appearing on records and in print, Chisum is widely known for his songs recorded by many well-known Christian artists such as Don Moen, Steve Green, Ron Kenoly, The Gaither Vocal Band, and many others popular the world over.

All proceeds from “An Evening with John Chisum & Friends” after expenses will go to support children’s literacy organization Hands Across the Sea, which provides new books and other resources to over 850 schools and communities in the Eastern Caribbean.

Hands Across the Sea is focused on six English-speaking island nations of the Eastern Caribbean: Antigua, St. Kitts and Nevis, Dominica, St. Lucia, St. Vincent and the Grenadines, and Grenada. The enthusiasm for reading in the region is very high, but the budget for literacy-building resources is very low. Many children are growing up without access to new, relevant books and a lending library.

“John Chisum and I have had the privilege of working together on numerous musical projects over the years, not only as music executives, but also as worship leaders and songwriters,” says Don Moen, a Dove Award-winning worship leader, industry executive, songwriter, and producer. “I’m looking forward to joining John once again for a great evening of music and worship in support of Hands Across The Sea!”

Tickets for the both the live event and online streaming of “An Evening with John Chisum & Friends” are available now at nashvillechristiansongwriters.com/jc-event. To learn more about John Chisum, visit johnchisum.com.