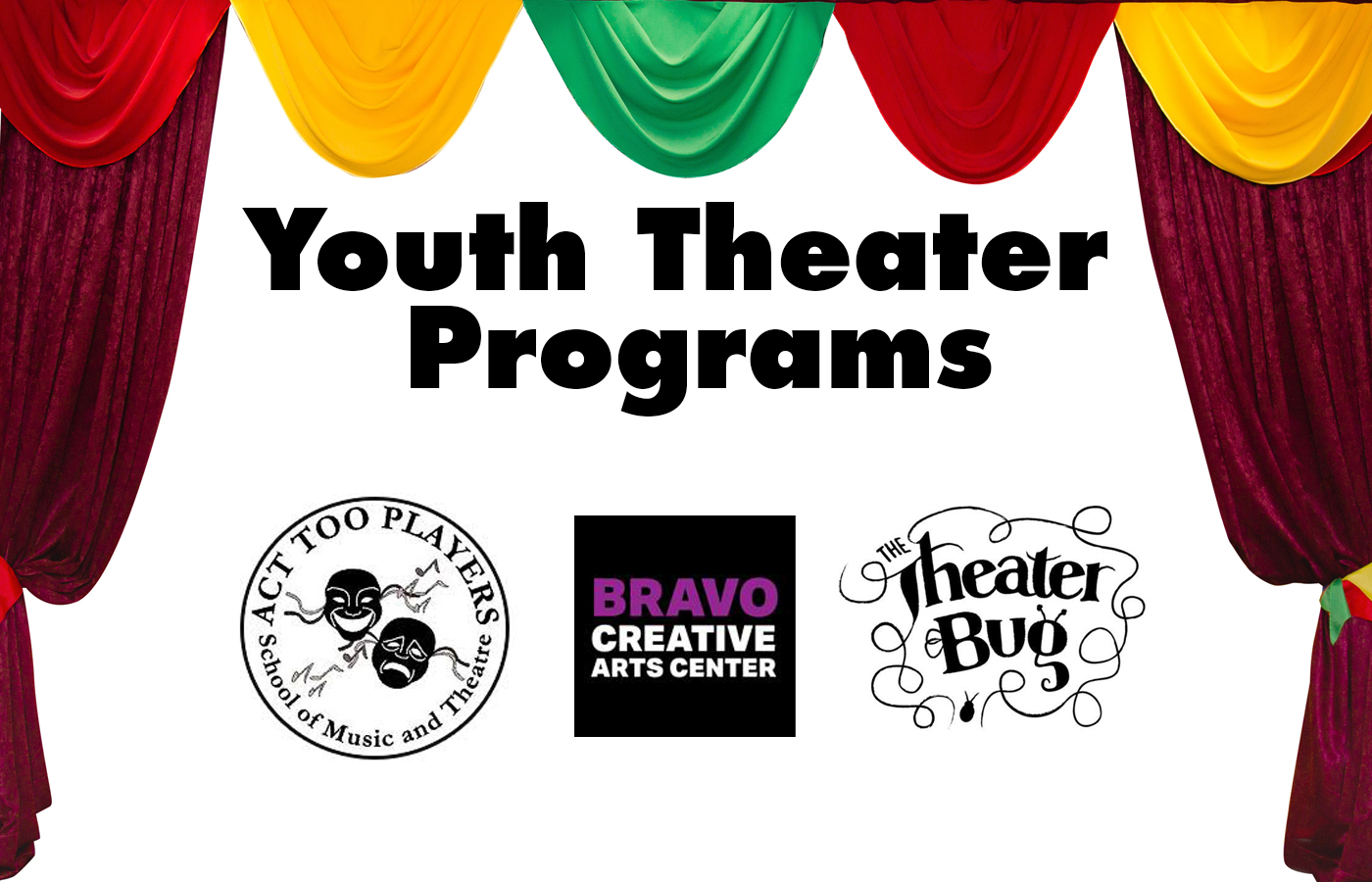 Middle Tennessee kids with a yen for performing have many local options. Area programs range from those available through local parks and recreation programs to stand-alone options.

Act Too Players, Bravo Creative Arts Center and The Theater Bug are three of the large programs that have been making an impact over the years — find spotlights on them below.

The Act Too program is for kids ages 3-and-a-half years up to high school seniors. Spring, summer and fall semesters average between 350 – 400 kids spread across six to nine shows per semester with different casts.

How On Earth Does This Happen?

While you may think working with this vast number of kids each semester sound outrageous — and you may be right — Morton shares the four things she believes sets Act Too apart (the actual science behind it all):

If your child wants to enroll, here’s what you need to know:

In addition to the regular program, there’s also Act Too Select, an avenue to challenge more advanced students.

“We choose a smaller show to produce and cast it as it is meant to be cast, without stretching the ensemble to fit a class size,” says Morton. “Unlike other full production classes, Select shows do require an audition in order to participate,” she adds.

Act Too also has a professional division including local actors and children as well — AT PRO.

Kids are involved in all aspects of the production process.

For the past 14 years, Bravo Creative Arts Center has given children ages 7 – 18 theatrical training and high-caliber performance opportunities. While the center’s classes take place in Franklin, its public performances are presented on one of two stages in Nashville — Father Ryan’s Center for the Arts or The Ensworth Theater.

Within the last 12 months, Bravo has produced seven productions, most recently, Cinderella and Once Upon a Mattress. Each Bravo production includes between 80 – 120 students. Each cast typically includes youth from nearly 40 area schools.

One of the unique aspects about Bravo is that it provides kids a full spectrum of theater arts training, from acting to stage managing to lighting and scenic design — and Bravo involves its students in all areas of theater production.

“The behind-the-scenes roles are just as important as stage roles,” says Bravo's Executive Director Lissa McHugh. “ Bravo encourages youth to be involved in the entire creative process and run as much of the show as possible,” she adds.

Teens design and run lights, serve as stage managers and crew members, assist with set design and build, and serve as teacher assistants. “Youth need and want opportunities to lead both onstage and offstage!” McHugh says.

“I have elementary youth who offer solutions when we are troubleshooting staging issues,” says McHugh. “When you ask youth to contribute in all areas, they think about the big picture and how everything has to work together,” she adds.

Bravo's kids enjoy the family atmosphere within the program. "What I love about Bravo, besides the fantastic shows that we put on, is the fact that it truly feels like one big family, and everyone cares about each person deeply," says high school junior Jaden Holtshlag.

Local dad Sam Bowman weighs in on Bravo's nurturing environment. "Bravo's leadership fosters an inviting and creative atmosphere in a structured format allowing each child to reach his potential. No role is insignificant, and each child is part of something larger than himself. The values instilled by Bravo's leadership are values these children will use the rest of their lives," Bowman says.

After spring break, Bravo will be working on its June production. Learn how your kids can get involved here.

This company has managed to carve out a unique niche for kids.

Founded by Artistic Director Cori Anne Laemmel in 2010, The Theater Bug launched its first show in March 2011. Since then, “the Bug,” as it is affectionately known, has premiered 12 original plays and musicals (written by Laemmel) and more. In 2018, the Bug worked with 214 local kids.

The Theater Bug has carved itself a real unique niche in the community. It tackles social issues relevant to today's youth that spark conversation. Laemmel has consistently taken a fearless approach to new works — often with difficult subject matter — ranging from depression and suicide (7 Ways to Sunday) to loss and grief (You’re Still Here) to the experience of trans youth (Secondhand Wings).

“One of my great joys in life is that I have been able to watch my kids grow up through the Bug … or maybe more accurately, that we have grown up together,” says Laemmel.

The camaraderie and a family atmosphere is what Laemmel says makes the Bug unique. “It isn’t a bazillion kids cycling through a program,” Laemmel says. “It’s kids who’ve grown up in this program.”

Laemmel’s aiming to change the mindset around the term “children’s theater,” too.

“We are not simply ‘children’s theater,’ we are GREAT theater where the actors happen to be children,” Laemmel says.

For the past few years, the Bug’s home has been in the ancillary building of New Life Baptist Church in the Inglewood/Madison side of East Nashville. But with new management in place at the church, The Theater Bug is looking for a new location.

“We never anticipated the current space being our forever home. It’s not on the timeline we would have liked, but they’re giving us a lot of time, which I’m super grateful for. They’re giving us until next year,” Laemmel says.

Accessibility is at the top of the priority list, and Laemmel hopes the Bug stays central in Davidson County, not too far from downtown. The Bug is weighing three options.

"First would be finding a long-term lease somewhere. The second would be trying to purchase and renovate a building. The third, we've been working with a developer on the possibility of actually building something, which I'm excited about, but that option would likely take us out of East Nashville," Laemmel says.

The Bug plans to roll out a capital campaign focused on its need for a new space. The campaign may likely be a big part of its “Bug Ball” gala in September. Laemmel is hopeful based on past fundraising results.

The need for a new space falls into line with another of Laemmel’s goals — to be able to reach more kids and have more of a relationship with local schools.

“We can’t get buses of school kids into the space we’re in now, and I’ve been pondering how we’re going to get more people and more kids in to see these shows so they can experience the stories,”  Laemmel says. “We’ve never borrowed money on a show, never had to put costumes on a credit card. What we’re looking at now is reaching out of that comfort zone,” Laemmel says.

For more info about The Theater Bug, or to get your kids involved, visit the website.