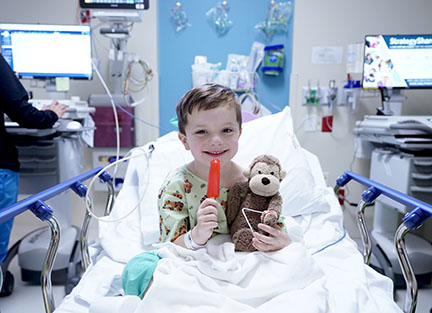 Ezra Turner prepares for an ear procedure at the Children’s Surgery and Clinics in Murfreesboro, TN on October 23, 2020. Photos by Donn Jones/Vanderbilt University Medical Center

The producers of the Nashville Christmas Parade announced that a new Nashville Holiday Music Special will premiere on Saturday, Dec. 4, 2021. The program, which will take the place of the in-person parade this year, will benefit Monroe Carell Jr. Children’s Hospital at Vanderbilt.

The one-hour broadcast is set to feature a star-studded lineup of performances and celebrity appearances from artists including Kristin Chenoweth, Gary LeVox, Morgan Evans, Point of Grace and more. Performances will take place at iconic Nashville locations, including the Ryman Auditorium, Grand Ole Opry and Skyway Studios. The special will also include Kix Brooks honoring Nashville’s well-deserving health care heroes and thanking them for all of their hard work and sacrifices to keep us safe.

Created by the Emmy Award-winning producers of the Nashville Christmas Parade, the Nashville Holiday Music Special will help ring in the holidays on News 2 on Saturday, Dec. 4, at 9 a.m., Sunday, Dec. 5 at noon, Saturday, Dec. 25 at 11 a.m., and will air nationwide through Timeless Syndication throughout the season.

“We are committed to spreading the joy of the holidays and the mission of Monroe Carell Jr. Children’s Hospital at Vanderbilt with families nationwide,” said Julie Carell Stadler, parade co-producer and daughter of the late Monroe Carell Jr. and Ann Scott Carell. “The exciting new format of the Nashville Holiday Music Special allows us to bring holiday cheer and hope to those across the country while also keeping the health and safety of our patients and community as our highest priority. We are thrilled to share this celebration of the season to raise funds and awareness for our incredible Children’s Hospital.”

In addition to celebrity appearances and talented performers, the special will also include a message from the star of the show, Santa Claus.

To learn more and stay up to date, visit NashvilleHolidayMusicSpecial.com. 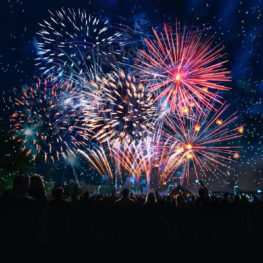