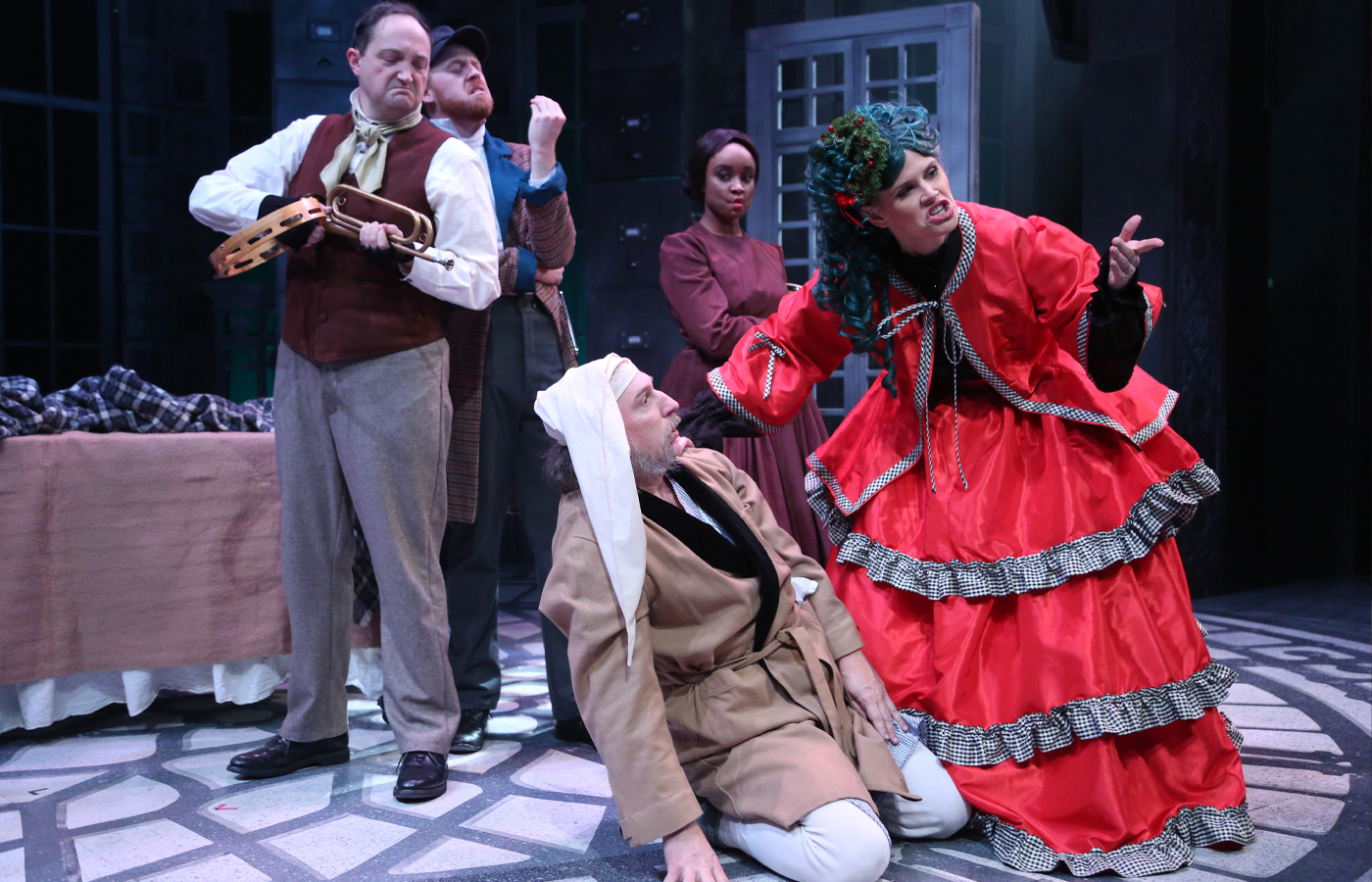 When it comes to the holiday season onstage, A Christmas Carol is the most popular go-to show in the theatrical world — in fact, there are six different productions of A Christmas Carol on Middle Tennessee stages this month.

At risk of sounding like Scrooge himself, I'll admit that I've grown weary of A Christmas Carol … not that I take the story lightly (who doesn't love a great redemption story?), but I've seen so many productions of it during the past 20+ years of reviewing theater that I yearn for something different than the traditional approach. 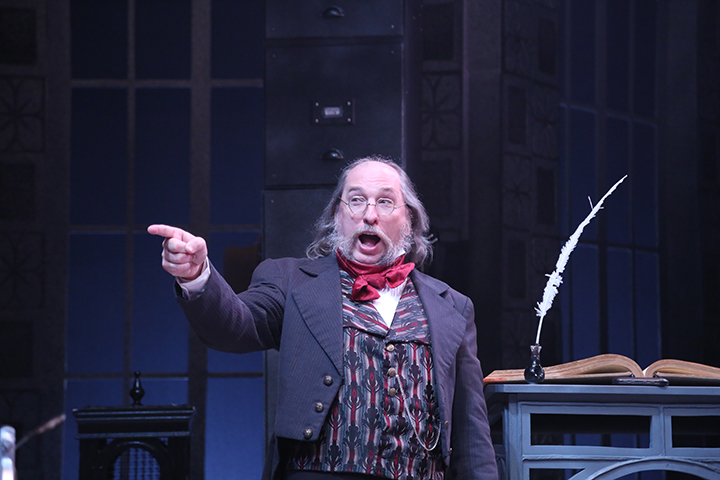 This highly imaginative adaptation gives the audience a more multidimensional, and more authentic, version of Ebenezer Scrooge than what audiences are used to. In this production, Scrooge is more damaged than beastly. Brian Russell does an exemplary job of bringing the character to life with refreshing dose of humor interwoven into the miserly geezer's wickedness that's inherently rooted in the depths of pain. It takes a lot of talent to weave a genuine amount of whimsy into a dark being, and Russell brilliantly portrays the evolution his character experiences during his Christmas Eve magical journeys with three ghosts of Christmases past, present and future. Russell brings a distinct level of real humanity to Scrooge in a way I've never before seen onstage. 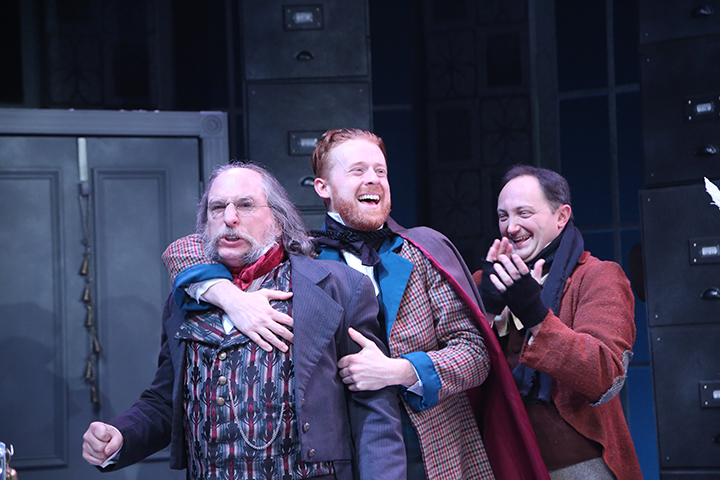 Russell's the only one in the cast who portrays one character. Knight, Pointe, Mundy and Jackson have multiple duties in the fast-paced scenes portraying all the other characters.

Knight's standout character is Bob Cratchit. This seasoned actor brings an amazing amount of warmth to the stage and greatness of heart to his main character. Knight's dynamic comic timing adds much to the production. 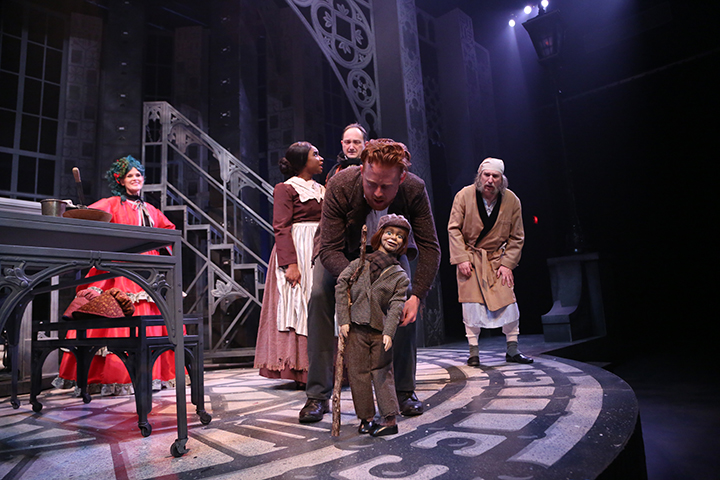 Jackson's impeccable talent shines bright through each of his many characters, including Scrooge's nephew and Fezziwig to the way he brings Tiny Tim to life. The Cratchit kids are hilariously represented by caps and bonnets dangling from sticks, but Tiny Tim is a sickly marionette that becomes one of the most absurdly comical aspects of the show. Jackson's comic delivery is insurmountable.

Pointe and Mundy serve as two of the ghosts who haunt Scrooge on Christmas Eve, and the ghosts are both of these fine actors' predominant characters in the show. Pointe delivers the Ghost of Christmas Past with a great amount of matter-of-fact precision. 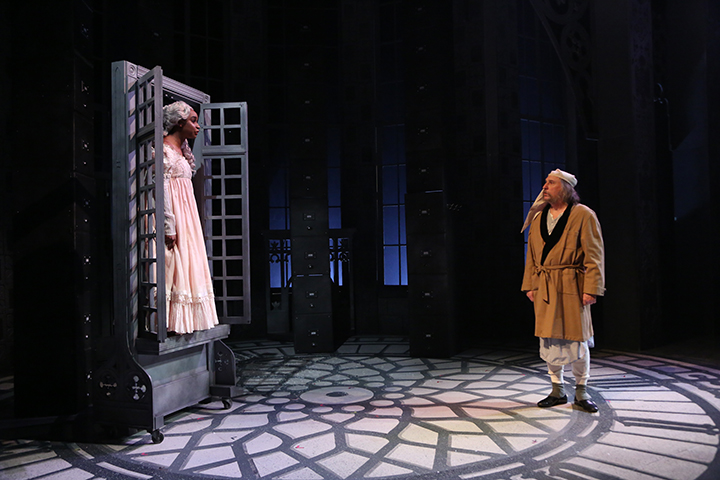 It's Mundy, though, who truly steals the show with her over-the-top performance as the Ghost of Christmas present. Mundy provides an exquisite amount of slapstick humor, including the side-splitting way she routinely boxes Scrooge's ears. She's a ghostly goddess who possesses unparalleled energy. She provides a huge spark onstage. 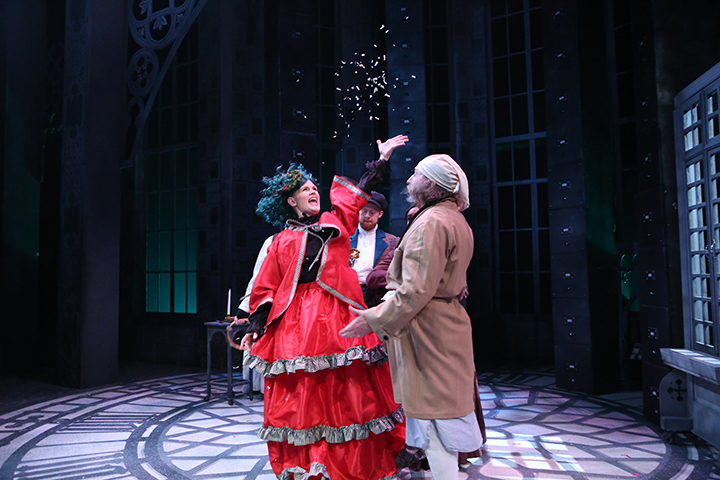 There's one awkward part of the show toward the end of Act II in which there's a gratuitous breaking of the fourth wall. It's no fault of the Rep, mind you; it's the weak spot in Barlow's script. While it's meant to further the comedy in the production, instead it proves to be a head-scratching backfire in the show.

Like any version of A Christmas Carol, this one doesn't differ in the central theme of human greed — and its stark consequences — and ultimate redemption of the human spirit. However, this adaptation offers a much-welcomed fresh approach to the subject matter, and I love how Nashville Rep presents it with such expertise. It's a bona fide best bet for your family this holiday season!

All photos by Michael Scott Evans.