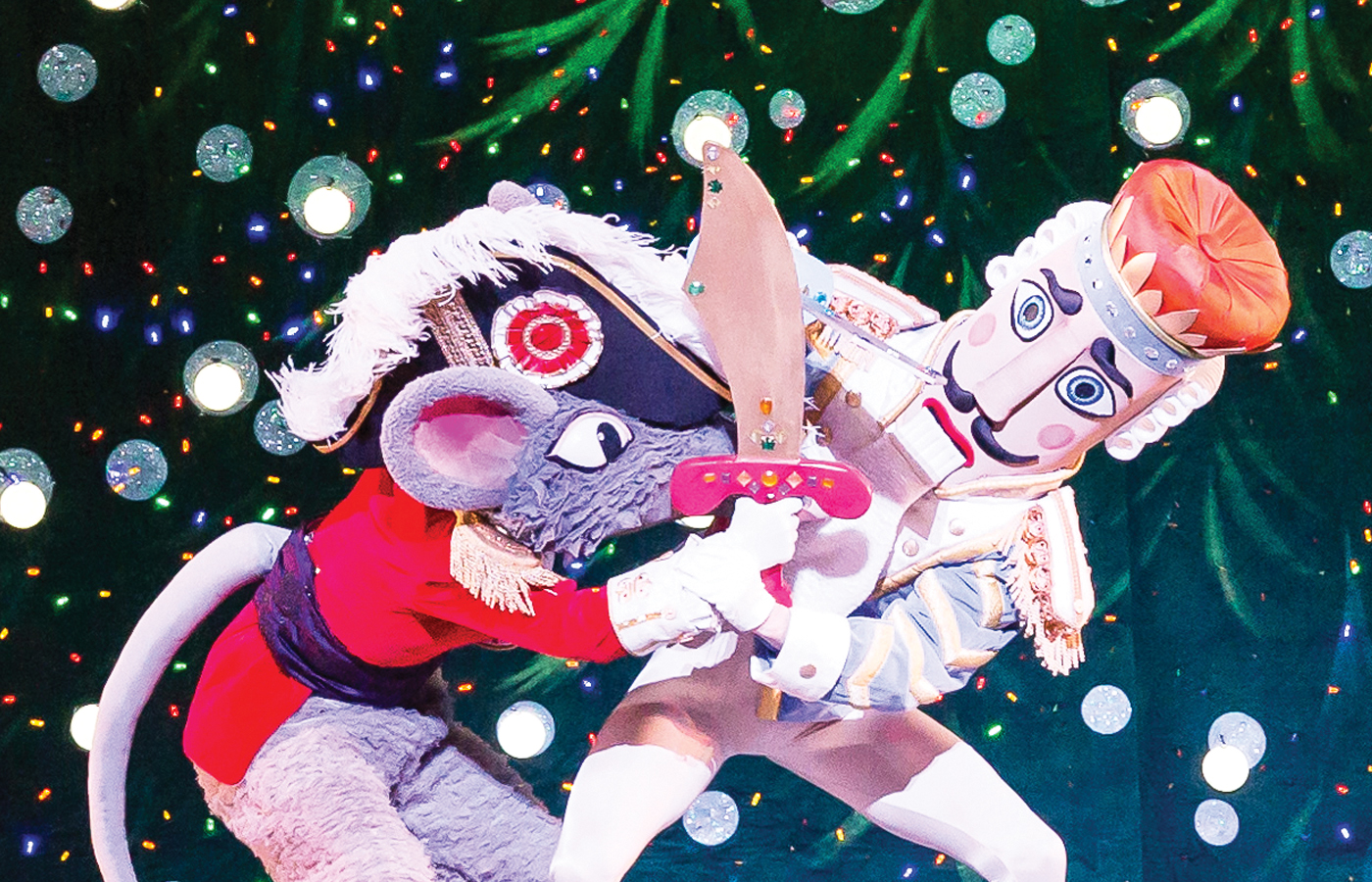 "IT'S BEAUTIFUL!" exclaimed a preschool-aged girl loudly from across the other side of Jackson Hall last Saturday night. It was an authentic reaction during Mollie Sansone's exquisite dance of the Sugar Plum Fairy in Act II of Nashville Ballet's Nashville's Nutcracker.

As they say, "Out of the mouths of babes," and I couldn't agree more with the gleeful tot. Celebrating 11 years as one of Nashville's favorite holiday traditions, Nashville's Nutcracker continues to dazzle audiences while heralding the magic, mystery and awe of the Christmas season.

In case you're family is new to the experience, Artistic Director Paul Vasterling's approach to the timeless tale comes with lots of local ties, including Centennial Park, Shelby Bottoms and President Andrew Jackson. The Belle Meade Plantation is the inspiration behind the Stahlbaum's home.

The production enchants children from the outset thanks to Jon Upleger's fantastic performance as Clara's whimsical Uncle Drosselmeyer. Kids and adults are equally awestruck by Upleger's skillful delivery of several magic tricks and illusions.

A significant part of Nashville's Nutcracker's charm is the inclusion of many local kids in the cast. The youth cast comprises students from the School of Nashville Ballet along with several youngsters from the community who snagged roles through an audition process earlier this fall.

While Nashville's Nutcracker is a magical experience from start to finish, a few scenes are particularly memorable. Among them is the stunning Snow Scene at the end of Act I. Logan Hillman (Snow King), Julia Eisen (Snow Queen) and their Snowflakes deliver a graceful, ethereal performance. It's one that's succinct for beckoning the falling snow — both onstage and in the audience.

Act II opens in the Parthenon Garden. Jamie Kopit (Dew Drop Fairy) and the Nutcracker Prince (Gerald Watson) establish a festive tone before Clara is whisked away to the magical Kingdom of the Sugar Plum Fairy.

There, the aforementioned proficient Sansone partners with the adept Brett Sjobom (Sugar Plum Cavalier). Together, they treat Clara — and the audience — to a spellbinding journey into some of the most magnificent dancing in the history of this scene. Sansone's pointe prowess is immense and undeniable.

Act II's entertainers from other lands continue to dazzle the audience. Of particular note are the whimsy of the Swiss Shepherd (Aleksandr Schroeder) and Shepherdess (Daniella Zlatarev) with their lambs and the mesmerizing Snake Lady (Sarah Pierce) with her Charmer (Jackson Bradshaw).

Nashville's Nutcracker is a perfect way to whisk your family into the holiday spirit in an unforgettable way.