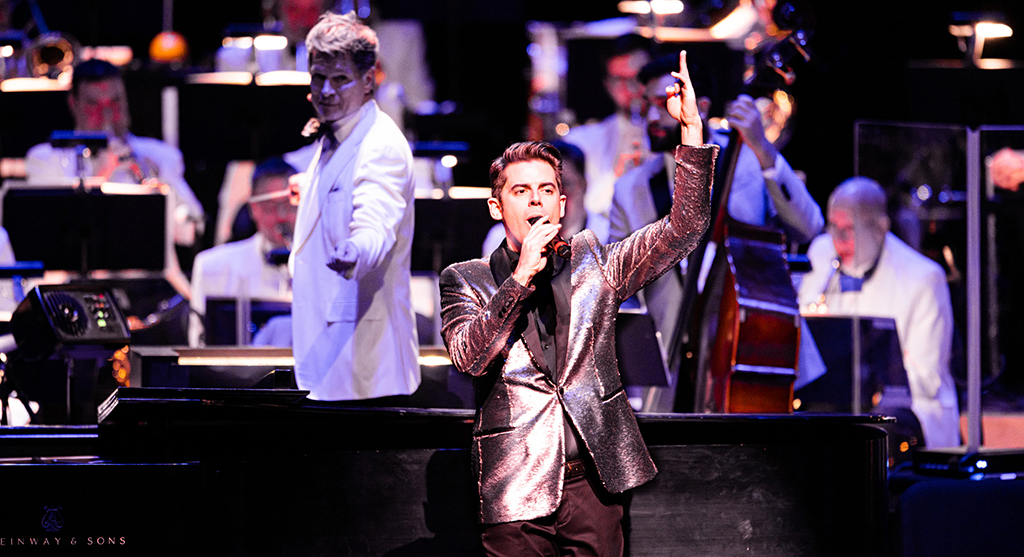 Nashville Symphony is excited to present “Sinatra and Beyond with Tony DeSare,” happening November 10 through 12. These performances will feature singer, pianist and songwriter Tony DeSare with the Nashville Symphony, conducted by Principal Pops Conductor Enrico Lopez-Yañez.

Celebrate the wondrous musical legacy of Ol’ Blue Eyes in this show packed with beloved songs like “Come Fly with Me,” “New York, New York,” “My Way,” “I’ve Got the World on a String,” “It Was a Very Good Year,” “One for My Baby,” “I Get a Kick Out of You,” “Night and Day” and many more. Called “two parts Frank Sinatra and one part Billy Joel,” Tony DeSare delivers a fresh take on old-school class in this outstanding, critically acclaimed tribute.

Named a Rising Star Male Vocalist in Downbeat magazine, DeSare has won acclaim for his concert performances throughout North America and abroad. From jazz clubs to Carnegie Hall to Las Vegas headlining with Don Rickles and major symphony orchestras, DeSare has brought his fresh take on old school class around the globe.

DeSare has four top ten Billboard jazz albums under his belt and has been featured on the CBS Early Show, NPR, A Prairie Home Companion, and the Today Show. DeSare has also collaborated with YouTube icons Postmodern Jukebox. DeSare’s most recent release, Lush Life, debuted at No. 3 on the Billboard Traditional Jazz Chart.

Notwithstanding his critically acclaimed turns as a singer and pianist, DeSare is also an accomplished award-winning composer. His compositions include a wide range of romantic, funny and soulful sounds that can be found on his top-selling recordings.