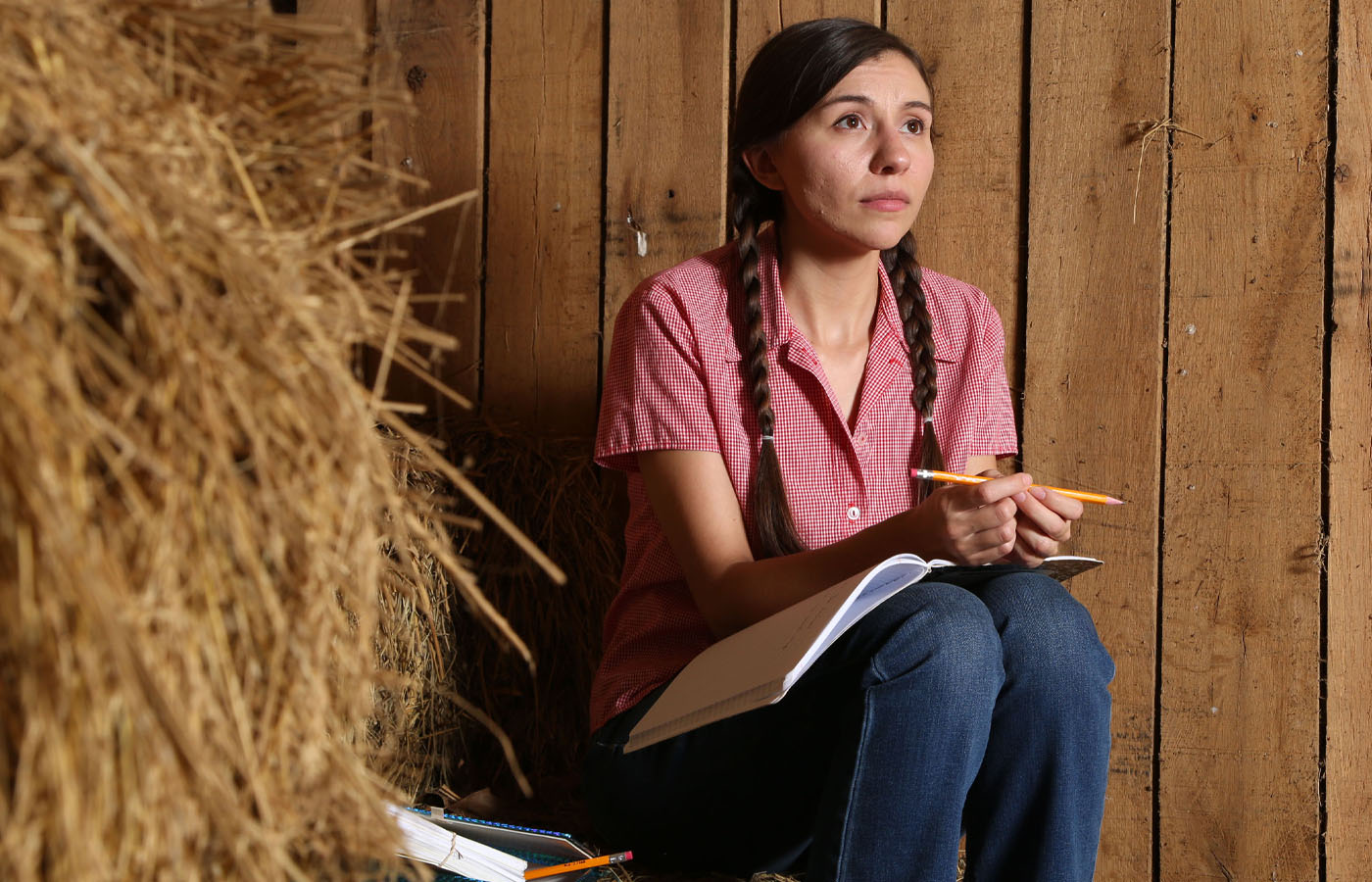 Often, the best theater experiences are ones whose stories are rooted in real-life situations that are thought provoking and strike deep emotional chords. There's no reason why kids shouldn't have that kind of encounter, and that's just what they get with NCT's powerful world premiere (and its 2019-20 mainstage opener) of Return to Sender.

Based on the 2010 children's novel by Julia Alvarez, NCT's stage adaptation is full of complex issues while delivering much-needed hope. Alvarez' book was timely in 2010, and it's even more so in 2019 as is NCT's masterful production. While the topic of immigration and undocumented migrant families and workers from Mexico is a hot-button political topic in today's U.S. climate, at the heart of the issue remains a human story. In particular, that story shines a bright spotlight on how much we as human beings are alike — regardless of where we come from — and how genuine friendships defy boundaries. 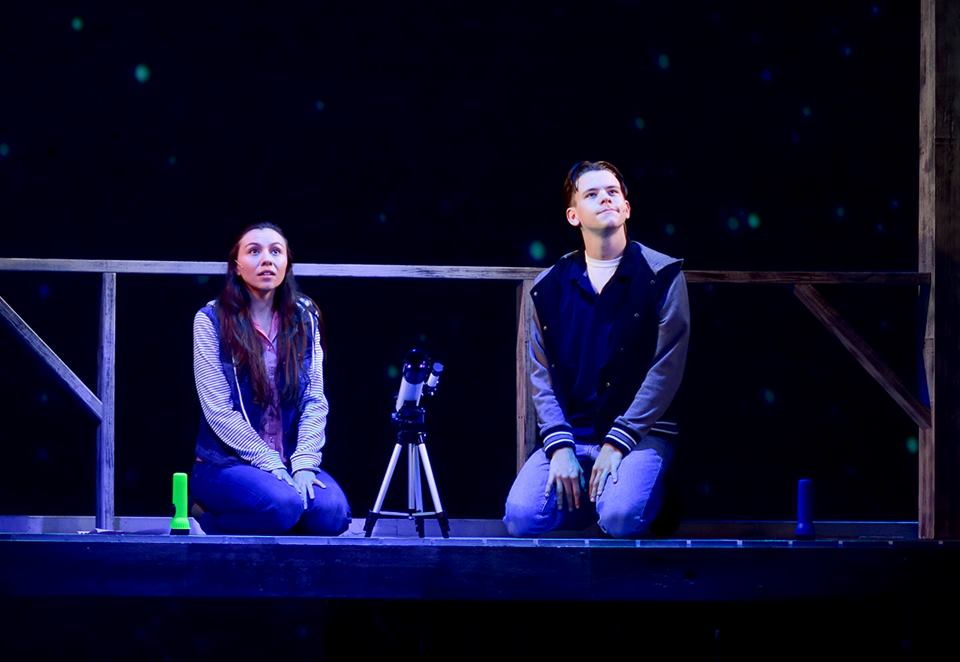 What makes the novel and the play so special is that the topic is presented through the eyes and experience of two 11-year-olds — Mari Cruz (Amanda Rodriguez), the illegal Mexican immigrant, and Tyler Paquette (Lane Williamson), the son of American parents who've hired Mari's father and uncle to work on their family farm … on the down-low that is.

With tremendous direction by Crystal Manich, both Rodriguez and Williamson deliver strong, heartfelt performances, from the awkwardness of their respective characters' first meeting to connecting with one another during star-gazing encounters on the farm to forging a friendship that lasts forever. 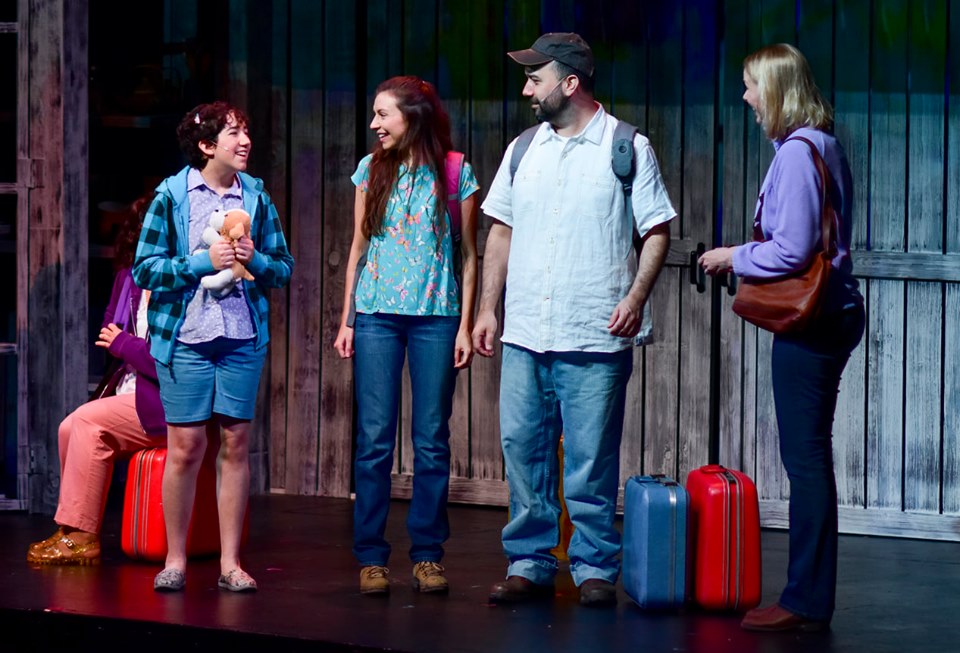 The brilliance of Return to Sender is how many variables it presents that tug at you in myriad ways. You're given both political and human spirit sides of the proverbial coin from all perspectives — the American family whose breadwinner can't keep up with the farm due to an injury, and the only solution to hire migrant workers under the table; the undocumented Mexican family who fled its homeland in hopes of establishing a better life now working on an American family's farm in secrecy; the side story of the Cruz family's mother who got bought and sold by a gang of thugs along the way; and then there's the diatribe that comes from Fott's Mr. Rossetti about how "those people" don't belong in America. In a realistic manner, it's quickly pointed out to him that he and his Italian ancestors aren't "native" to American soil either and that this country is indeed a melting pot of all cultures and backgrounds. Fott does an amazing job of acting putrid then later redeeming his character in an unexpected twist.

HIcks, one of Nashville's most gifted actors (who's also the illustrious artistic director for Nashville Shakespeare Festival), takes a no-nonsense approach as Grandma Paquette. There's a genuine love effervescing from her in relation to the Cruz girls. Hicks is endearing onstage through and through, especially in the manner that Grandma adopts the El Dia de los Muertos (Day of the Dead) altar tradition she learns from the Cruz children as her husband (Tyler's grandfather) has recently died. It's a beautiful moment in the show proving there's deep value in learning from and appreciating other cultural traditions … and that we all have something beautiful and meaningful to offer. 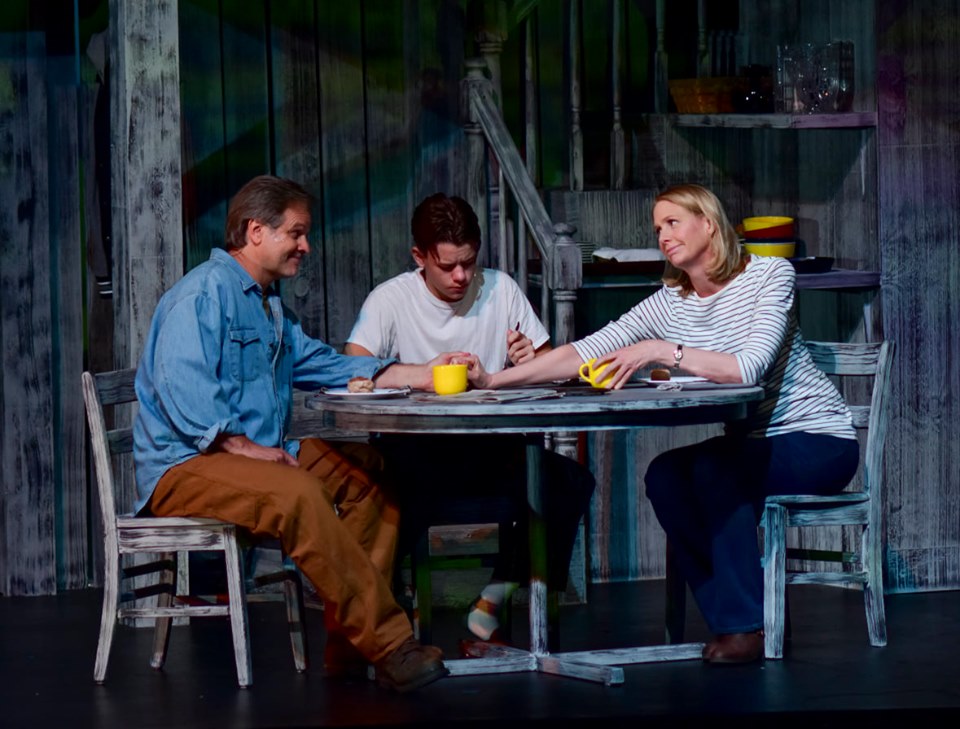 The production does contain some extremely powerful, punch-you-in-the-gut moments, like when Mari's uncle Tio Felipe gets arrested and then the ICE agents show up at the farm and brutally beat and take away the Cruz family. Yeah, it's hard to watch that kind of inhumanity play out, but sadly it is what it is — a reflection on real-life events. But here's the clicker: Observing the portrayal of such an intense moment onstage gives the audience a true moment of shock that triggers a true sense of compassion and empathy. That's what this show is supposed to do, and NCT excels at getting the message in front of a young audience.

At the end of the story, the powerful bond of friendship between Mari and Tyler is at the forefront, even though they now only communicate through letter writing. Despite the geography, despite the political arena, the human spirit can find hope and triumph desite obstacles.

Bravo to NCT for producing such a powerful, poignant story that needs to be told. It's a beautiful production that no doubt invokes a spirit of compassion, empathy, love and friendship — all things kids today need to embrace. And not only kids, but adults, too. In fact, Return to Sender is such an exemplary production you should go experience it even if you don't have kids.