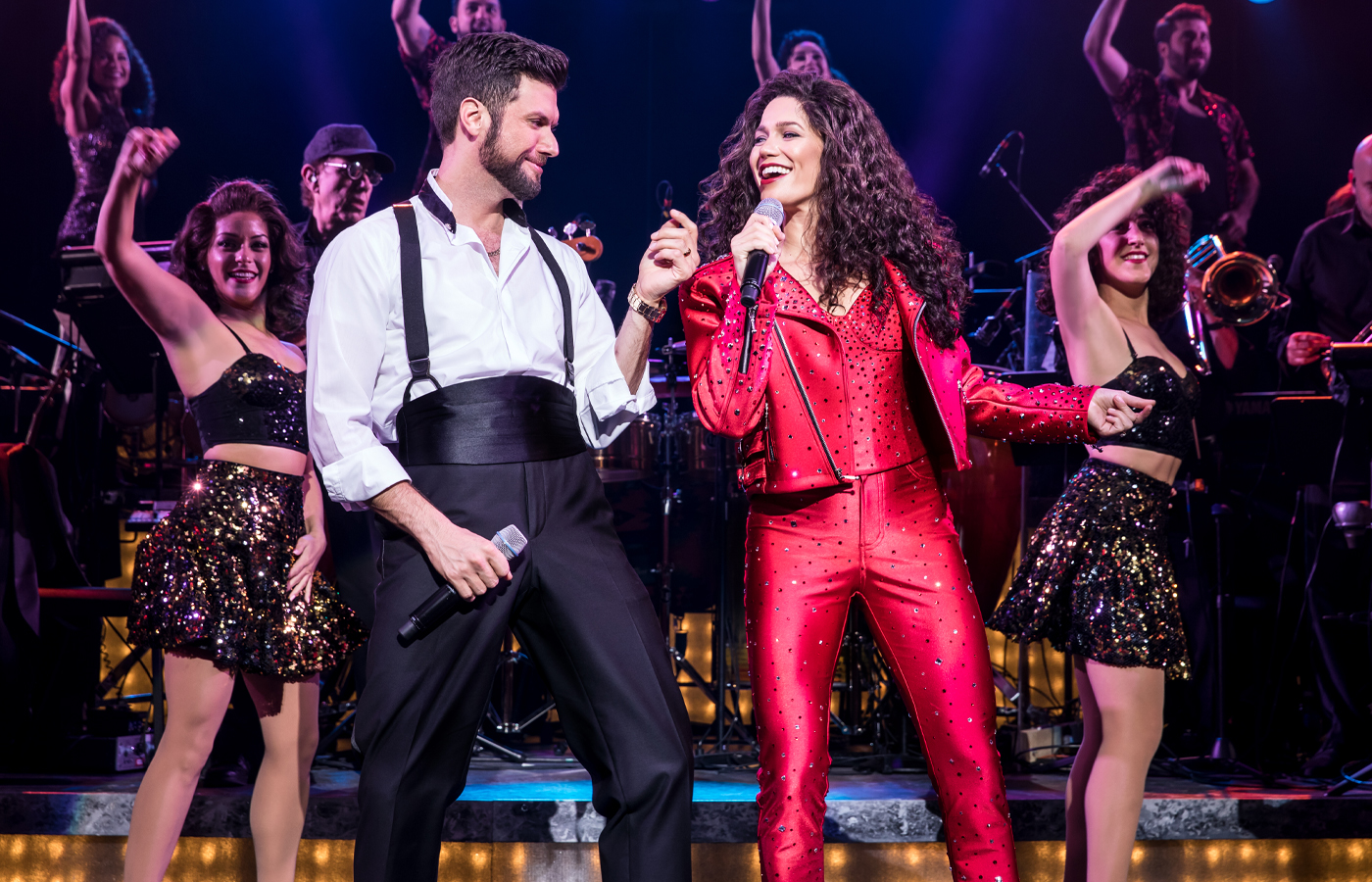 This is certain: the rhythm is gonna get you big time during the spectacular production of On Your Feet!  It's a stunning night of some of the most memorable music in pop/Latin music history. It's music made famous by the incomparable Gloria Estefan, Emilio Estefan and Miami Sound Machine.

If you were like most folks who were teens or older in the 1980s, Gloria's music became an indelible part of your life. The new style she and Miami Sound Machine brought to the table broke the rules. They gave music lovers an energetic new way to get on their feet. From incredible dance tunes with Latin/Cuban-infused beats to heartfelt, emotional power ballads, Gloria established herself as an iconic crossover success in the Latin and American pop music markets.

During the course of her four-decade career, Gloria has sold 115 million albums worldwide, won three Grammy Awards and has a star on the Hollywood Walk of Fame. In addition, she received the Presidential Medal of Freedom in 2015 for her contributions to American music.

In 2017, she received the Kennedy Center Honors for her contributions to American culture. She's one of the world's most recognized and beloved performers. Furthermore, Billboard Magazine considers her the single most successful Latin crossover artist of all time.

For those of us who grew up on her music, she's "our Gloria." The celebration of her life and music in On Your Feet! is a high-energy, authentic journey through her rise to superstardom.

The show chronicles the early years depicting Gloria as a young girl (wonderfully portrayed by Ana-Sofia Rodriguez) growing up in Miami's Little Havana (Gloria's family moved to Miami from Cuba when she was 2).

In addition, the audience is given several glimpses into the early days of Miami Sound Machine, the growing relationship between Emilio and Gloria, and the hurdles they overcame to establish a successful, unique music career. It was a time when they were "too Latin" for American pop radio and "too American" for the Latin music market.

From peeks into lesser-known family dynamics to Gloria's rise to fame, On Your Feet! offers an endearing journey   with lots of music. The lives and careers of Emilio and Gloria are a tremendous example of an American success story, and this show delivers the highlights with gusto.

The show includes the tragic bus crash from 1990 that left Gloria with a broken back, major surgery and a long road of rehabilitation. The crash scene is a dramatically gut-wrenching moment. Following a glimpse into Gloria's months of physical therapy, the show's timeline ends appropriately with Gloria's triumphant return to the stage performing "Coming Out of the Dark" on the American Music Awards in 1991. It's one of the most powerful moments in On Your Feet!, especially for those of us who remember watching — teary-eyed — her return to the stage 27 years ago.

On Your Feet! is highly entertaining in its presentation of the music. There are several concert-style scenes with high-energy dance numbers and the impeccable vocal talent of Christine Prades, who plays Gloria. Prades portrays the beloved icon with lots of beauty and enthusiasm.

Estefan's signature sound — with heavy, lively percussion and sharp brass — is alive and well in this production thanks to a tight orchestra that includes five members of Miami Sound Machine.

Estefan fans will enjoy 26 musical numbers. Aside from concert-setting selections like "Conga," other songs are woven into the storyline. We learn how Gloria's grandmother was the inspiration behind "Anything for You," while "See Your Smile" is cleverly placed to propel Emilio and Gloria's budding romance.

The show's song selection will sate die-hard fans. Standout favorites include "1-2-3," "Get on Your Feet," "Dr. Beat," Party Time," "Here We Are," "Don't Wanna Lose You," "Rhythm is Gonna Get You" and the aforementioned emotional "Coming Out of the Dark."

It's always a delight when a show presents impressive talent on all counts, from leads to ensemble. That's the case with On Your Feet! There are no weak links here. From the dancers' precise execution of Sergio Trujillo's top-notch choreography to the band to the vocalists to the acting, this show sizzles like no other.

Many of the cast were in the Broadway run of On Your Feet! (2015 – 2017), and it's wonderful to have that caliber of talent on this equity tour.

In addition to Prades' wonderful portrayal of Gloria, Eddie Noel delivers a fabulous Emilio. Their effervescent onstage chemistry is amazing. New to the company, this is Noel's first national tour. He brings a succinct amount of charm and passion to his role — from Emilio's ambitious career pursuits to his romantic side to his sense of humor. Plus, Noel's vocal delivery is stunning. There's a beautiful purity in his voice that's mesmerizing.

Finally, big kudos to Jeanpaul Medina Solano. He plays young Emilio, Jeremy and Nayib (Gloria and Emilio's son). This kid is insanely gifted, delivering mind-blowing dance talent as such a young age. It's no wonder his dance teacher dubbed him "Happy Feet" at an early age. Winner of the World Latin Dance Cup (soloist division) two years in a row,  it's a real treat to see this young man tear up the stage. If you have kids interested in dance, Solano will undoubtedly provide a great source of new inspiration!

On Your Feet! ends with a sensational music and dance celebration reminiscent of Gloria's live shows. It's a fun party and celebration like no other.

This sensational show will entertain everyone in your family, old and young alike. In addition to the beloved musical numbers, On Your Feet! beautifully shares Emilio and Gloria Estefan's story — one of determination, persistence, passion, tenacity, ambition, love and perseverance.