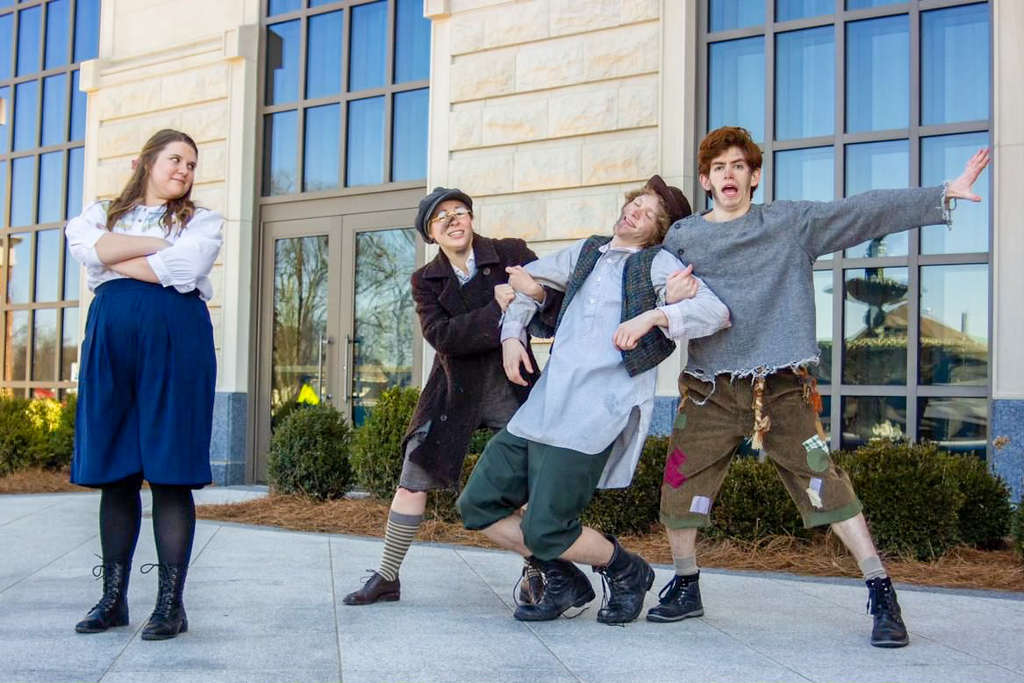 To accentuate the grandeur of the newly opened Fisher Center for the Performing Arts, Belmont’s Department of Theatre and Dance will put on one of its largest shows ever produced, Peter and the Starcatcher, opening this weekend.

The show will run Friday through Sunday at various times. Visit the Belmont Box Office website for tickets, which range from $15-25.

Adjunct Theatre Instructor and Show Director Shawn Knight said this prequel to Peter Pan has something for everyone. The audience gets a look into how “Boy” becomes Peter Pan, insight into the character of “Black Stache” before he turns Captain Hook and even an introduction to Wendy’s mother.

“No matter what age you are or what you like in theater, this show will speak to you,” said Knight. “This show is designed to be done in as many ways as you can imagine. It has been performed by more than 1,500 companies in the last three years, and I dare say none of them are identical because of the creativity the piece grants you.”

Although students were presented with new challenges due to the sheer size of the hall (which can hold nearly three Troutt Theater stages – one of the halls Belmont students have used in the past), since the piece is written to be adapted to the needs of the company, it was the perfect fit to show off the features of the Fisher Center in a grand way.

Between mermaids rising from the orchestra pit, a utilized fly system and a Marley floor serving as a boat dock, much creative thought went into the set design and how it could enhance the story and the space. Professor Paul Gatrell and the 14 student cast members worked together on the set pieces, all on wheels to create extra movement across the vast stage. The star of the set is a four-story pirate ship that sails across the stage throughout the production.

Senior theatre performance major Sam Costantino, playing “Boy/Peter,” had the chance to play the character in high school but realized this would be a chance to re-learn the character under a completely new approach. “I’ve loved getting to know ‘Boy’ again. He is essentially an abused orphan who doesn’t know where he belongs or who he is – he doesn’t even have a name. But you watch his experiences with the unique individuals that come into his life throughout the show and see him form a new ‘found’ family,” he explained.

Costantino continued, “The writing is incredible, and as a result, you lose yourself in this sweet, childlike story and the raw emotions the kids feel – beautiful extrapolations of how we feel as adults. We are more complicated now, but you get to relax and let go of that for two hours.”