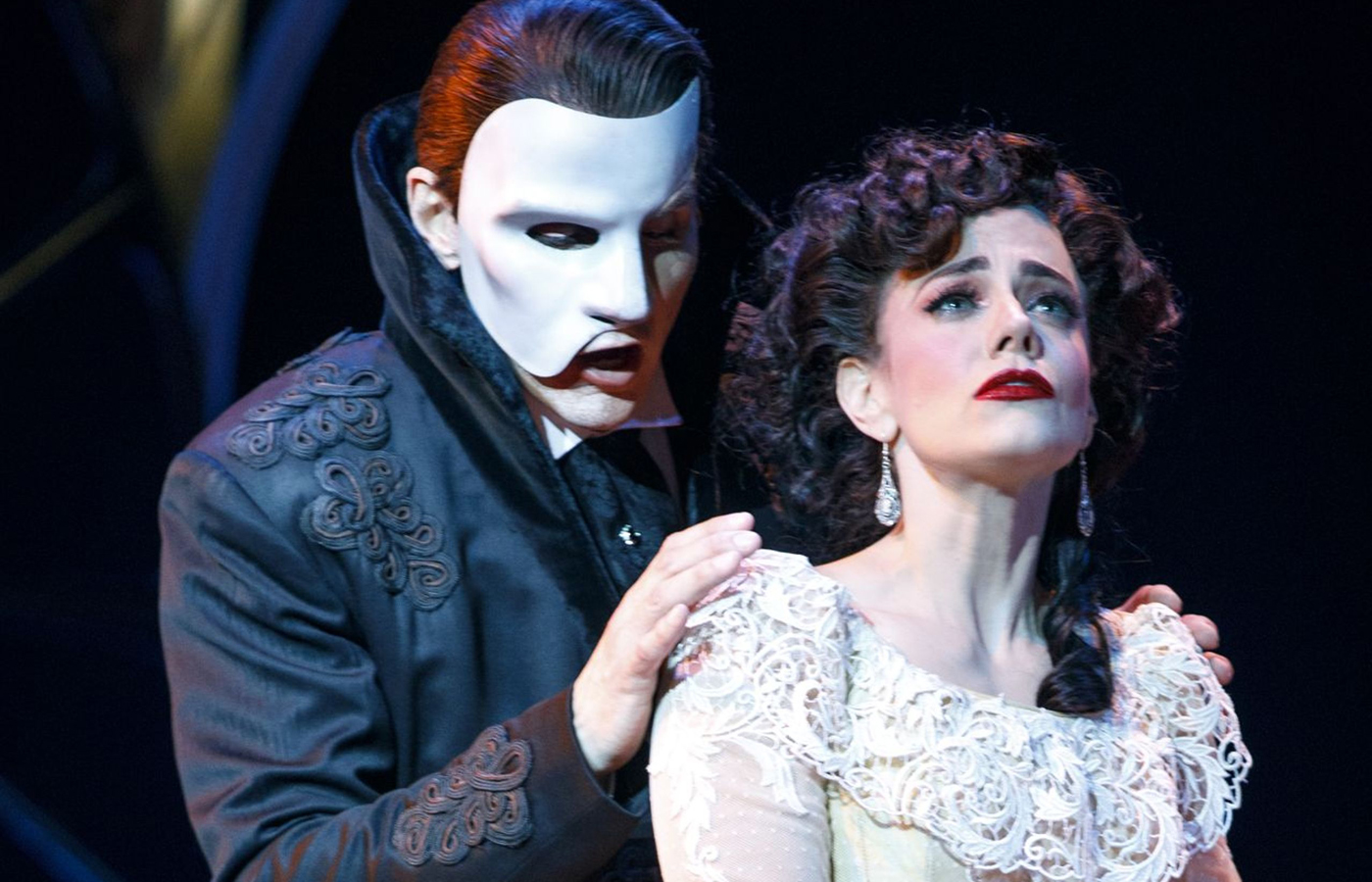 Let's begin by addressing the elephant in the room. It's fantastic that the Tennessee Performing Arts Center (TPAC) works to bring a variety of different theatrical shows to Nashville audiences. However, it's problematic when it presents non-Broadway shows under the umbrella of its "HCA Broadway at TPAC" series.

It was off-kilter a few years back when shows that had never been on Broadway — like Little House on the Prairie the Musical and Happy Days the Musical — were sold as part of the Broadway series. It's a huge misrepresentation of the Broadway "brand," particularly to those who aren't as Broadway-savvy as seasoned theater patrons.

The current touring production of Andrew Lloyd Webber's Love Never Dies is no exception. This sequel to Phantom of the Opera is sold under the "HCA Broadway at TPAC" series despite the fact it's never made it to Broadway. Knowing the show's formation and history on London's West End makes it more awkward to sell it as a "Broadway at TPAC" show. Love Never Dies was written, rewritten, closed, scrapped, remounted and shelved. The negative reviews and poor reaction from some Phantom fans factored into the reason why nary a producer in New York would bring it to Broadway.

It's great that TPAC brought Love Never Dies to Nashville during the show's first North American Tour — outside of London, there have been productions in Australia, Copenhagen, Vienna and Tokyo. Phantom fans, myself included, have been interested to see the show. However, TPAC's sales and marketing of such productions should give clear-cut messaging to ticket buyers when said shows do not in fact carry Broadway street cred.

Now, onto the show…

Love Never Dies finds the Phantom (known as Mister Y) in New York's Coney Island in 1907. He's a well-known tycoon and mastermind behind the Phantasma amusement park. The show opens with the Phantom pining over his opera-singing obsession — Christine Daaé — in the strong opening number "'Til I Hear You Sing."

In short, the Phantom lures Christine to New York under the guise of a lucrative offer from Oscar Hammerstein to open his new Manhattan Opera House. Christine makes her way to New York from Paris with hubby Raoul and 10-year-old son Gustave. Shortly after Christine and family arrive, the Phantom presents himself to her — she certainly hasn't learned to avoid rooms with full-length mirrors!  The musical spark between them rekindles rather quickly. Christine finds herself in a sudden love triangle, and certain events force her to reveal a particular truth that's rather juicy.

While the beginning of the show is sluggish, the plot within Ben Elton's book has potential, although a little more fleshing out of the narrative would prove beneficial. Filling in some holes would bolster the drama greatly, especially in the relationships between Christine and Raoul and the father-son dynamic that unfolds. The mostly sung-through musical picks up the pace quite a bit in the more captivating second act. There's certainly a good bit of suspenseful drama. The talent on stage is undeniable in many instances.

The Phantom (Bronson Norris Murphy) is not nearly as mysterious or spooky as the character appears in Phantom of the Opera. He's more mainstream, fitting in well with the Phantasma world of freak show oddities. While Murphy delivers a bold opening number, his baritone voice tends to fade into obscurity in his low register.

Former New York City Opera performer Meghan Picerno brings an amazing amount of style, grace and vocal prowess to the production. Her stunning soprano lends itself beautifully to the emotional power of the show's title song at the end of Act II.

It's a a delight to experience the talent of Jake Heston Miller as Gustave. This marks the first national tour for the young actor. His other credits include Disney and a few regional productions. Miller is a natural on stage, and his pure, angelic voice is one of the highlights of the show.

In addition, Sean Thompson raises the roof with his impressive tenor and passionate portrayal of Raoul.

You won't encounter breathtaking "wow" moments like a crashing chandelier or floating candles known in Phantom. However, the staging of Love Never Dies is a visual delight. Gabriela Tylesova (set and costume design) expertly captures the alluring lights and pizzazz of the Coney Island atmosphere. Strokes of wooden roller coasters and big-top flair decorate the stage. A revolving stage platform provides cool effects.

The Phantom's Lair is the greatest visual spectacle. It features mirrored triangular-shaped columns that illuminate from the inside to reveal an assortment of odd characters trapped inside.

In addition, Tylesova's exquisite costuming adds much appeal to the stage. Of particular note is Christine's gown against a peacock-feather stage curtain during her standout performance of "Love Never Dies."

While there's a combination of hits and misses with the production, it is certainly an entertaining experience. If you're a Phantom fan, it's worth checking out, to at least say you've seen it.